Thirteen states raised their minimum wage Wednesday. Those boosts will provide the country's low-wage workforce with some relief. But in many areas they won't be enough to bridge the gap between what people are paid and what they need to cover basic expenses.

It wasn't always that way. In the 1960s, the federal minimum wage income could keep a family of two out of poverty, according to the Economic Policy Institute. Now, it takes nearly $3 more than the current federal minimum wage of $7.25 to survive even in America's cheapest county, non-profit advocacy organization Wider Opportunities for Women found in a July analysis.

None of the states that raised their minimum wages Wednesday pushed them as high as $10.10, a wage proposed last year by Senate Democrats and later supported by President Obama. Such a wage would have pulled more than half of the working poor out of poverty in 2011, according to a June study, though prices have risen slightly since then.

The map and chart below show how close each state's new minimum wage comes to reaching a living wage, meaning one in which a worker can cover food, housing, utilities and other basic expenses. In some cases it's not very far at all: Many of the states that raised their wage floors Wednesday still have minimum wages that cover only 70 to 90 percent of the living wage. 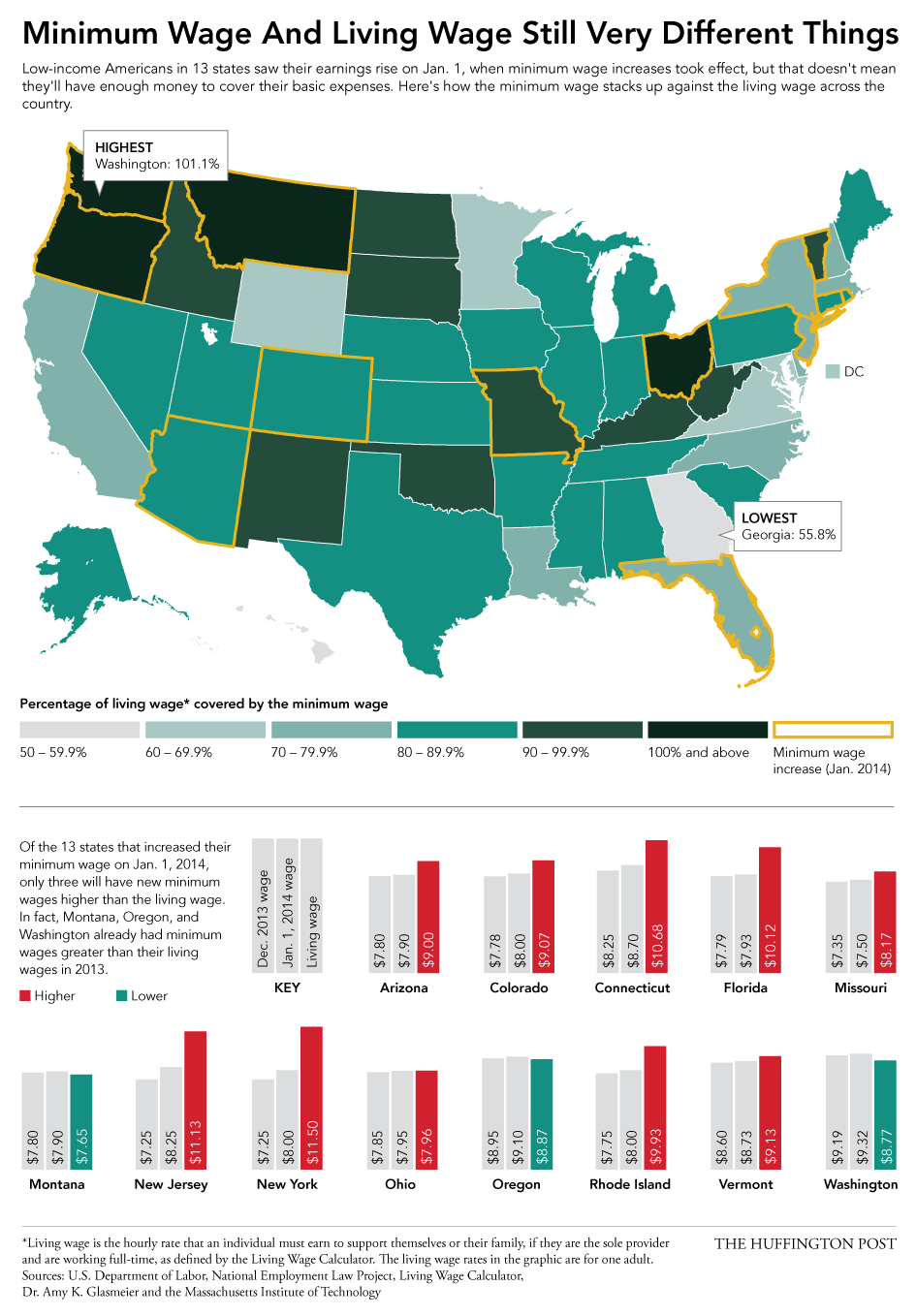