The Arizona state legislature redefined the way the country debates immigration when it passed Senate Bill 1070. In an effort to crack down on illegal immigration in a state with an population of roughly 460,000 undocumented immigrants at the time, the 2010 law required police officers to check the immigration status of people they stopped, among other provisions.

The law turned the state into ground zero for the immigration debate. It pitted conservative elected officials against the federal government -- which sued on the grounds that it has sole right to enforce immigration law -- as well as immigrant rights activists and Latino groups concerned about racial profiling and opposed to the state’s pioneering policy of making life so difficult for undocumented immigrants that they leave voluntarily.

A new documentary airing Jan. 27 on the PBS series Independent Lens retraces the battle over the law that pushed state immigration enforcement to the forefront of conservative politics in the lead-up to the 2012 presidential elections. Directed by Carlos Sandoval and Catherine Tambini, “The State of Arizona” strikes a balanced tone rooted in the voices of activists campaigning on both sides of the controversial law.

“You have the rule of law, versus a more humane approach,” Sandoval told The Huffington Post. “Which way are we going to go with that? We really wanted to present the whole palette of emotions.”

The film succeeds admirably in doing that. In a debate known for its intractability and mutual suspicion, the filmmakers offer a close and often personal portrait of the personalities struggling with the law.

Viewers will see former Arizona state Sen. Russell Pearce, the author of SB 1070, picking up one of his 14 grandchildren to spend the day with her, teaching her why John Wayne is an American hero. Carlos García of the Puente Movement, a pro-immigrant activist organization, describes a different home life. “The family is always on edge,” he says in the film, noting that six of his cousins had been detained or deported over the last four years. Unfiltered by narration, the voices of the characters carry the story.

What emerges is a pervasive atmosphere of fear -- migrants' fear of deportation, aging Anglos’ fear of crime, and Latino citizens’ fear of police harassment.

Illegal immigration is familiar territory for Sandoval and Tambini. The two filmmakers collaborated for the 2004 documentary “Farmingville,” about the attempted murders of two Mexican day laborers in New York's Long Island. The film, which also aired on PBS, won a Sundance Special Jury Prize.

Neither of them wanted to do another immigration film after sinking so much work into the first one. But as it became clear that Arizona’s SB 1070 would change the terms of the immigration debate, Sandoval and Tambini took interest. They began filming in May 2010.

“It’s something we just couldn’t resist,” Tambini said. “We were so captivated by what was going on on the ground. The two sides were so entrenched at that point, it was just frightening. It felt like there was no way to bridge the divide between the two groups.”

The 90-minute documentary opens and closes with references to last year's Supreme Court ruling, which invalidated parts of SB 1070, but left standing the provision that police can check the immigration status of those they stop.

That wasn’t the last word on SB 1070 for the filmmakers. They said the law, along with record-level deportations under President Barack Obama's administration, have moved the goal posts for the debate.

SB 1070 appears to have achieved conservatives’ goal of pushing undocumented immigrants in Arizona to “self-deport” -- a term popularized by Republican presidential candidate Mitt Romney during the GOP primaries last year. Arizona’s undocumented population dropped by 200,000 from its peak of 560,000 in 2008, according to Department of Homeland Security.

Experts have attributed most of the decline to a loss of job opportunities following the economic crisis. But they also say that SB 1070 likely played a role. Whereas activists once viewed a path to citizenship as their goal, an increasing number of undocumented immigrants and advocates now simply want relief from the fear of detention and deportation, the filmmakers said.

That transition strikes at the heart of what motivated the filmmakers to make the documentary.

“Immigration is an issue that really makes us question who we are as Americans,” Sandoval said. “And I don’t mean just the demographic question, but also the question of whether we’re going to be a rule of law society or a more compassionate society. I hope people will be expansive in their responses.”

“The State of Arizona” will air on Jan. 27 on PBS as part of the Independent Lens Series. Check local listings for showtimes. 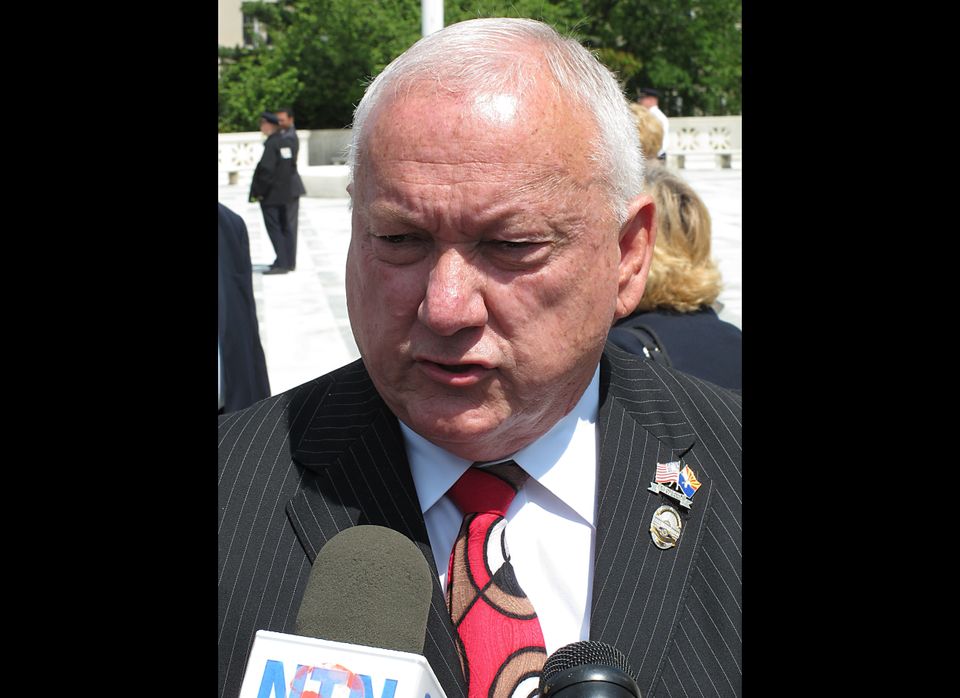 1 / 14
Russell Pearce Introduces SB1070
Former Republican Arizona State Senator Russell Pearce was the architect of original SB1070 bill. He led the effort in the Arizona legislature to get the state's immigration law passed. After it passed in 2010, he became president of the state Senate. But last year, Pearce was ousted from public office<a href="https://www.huffpost.com/entry/russell-pearce-recall-election-jerry-lewis_n_1083129" target="_hplink"> in a special recall election. </a>
Getty