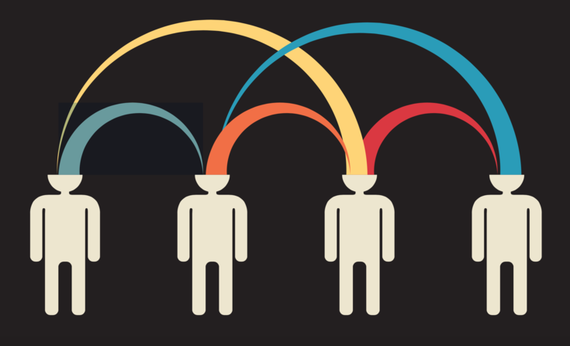 The following is an excerpt from the GreenBiz State of Green Business Report 2016.

If you Google the terms "Uber for X" or "Airbnb for X," you'll come up with thousands of entries referring to companies trying to be the next big thing in the so-called sharing economy.

Among them: the "Airbnb" for campsites, boats, bicycles and parking places; the "Uber" for massages, flower arrangers, dog sitters and cannabis delivery. All are trying to cash in on the business models that have created some of the most valuable upstart companies of modern times.

But all of that may be child's play when compared to the fast-growing, business-to-business world of monetizing underused assets. Indeed, some believe revenue from the B-to-B sharing (or collaborative) economy soon could eclipse the consumer version.

Consider Cargomatic, which connects shippers with licensed truckers. Yes, companies such as UPS and FedEx already compete fiercely to get and service corporate clients; the two carriers deliver hundreds of millions of packages for retailers such as Amazon. But if your shipment is bigger than a few boxes -- say, 150 pounds or more -- you'll likely need another carrier.

That's where Cargomatic comes in. It uses smartphone technology to connect truck drivers to freight that needs to be moved. For truck drivers, who often haul empty trucks for hundreds of miles en route to their next pickup, it creates new revenue opportunities.

For shippers, it can mean lower rates on big shipments, particularly at the last minute. And then there are the environmental benefits of fewer empty trucks on the road. All through an app.

The world of shipping and cargo is ripe with opportunities for B-to-B sharing. Convoy, ShipHawk and uShip, all service customers with less-than-truckload-sized hauling needs. Lugg and Fleetzen focus on moving and furniture shipping. DashHaul and Transfix are similar to Cargomatic. And, it turns out that the "Uber for shipping" just might be -- Uber. Its UberCARGO service leverages its drivers to haul packages around town, helping to meet demand in a same-day-delivery world.

All told, these companies and many others stand to disrupt how companies think about sales channels, supply chains, where to make things, how to make them -- and whether to make them at all.

True, much of this isn't really sharing. That is unless, for example, you believe that your favorite hotel chain "shares" its rooms. It's good, old-fashioned asset maximization, no different from what airlines and restaurants do every day.

What makes them au courant are their digital platforms -- the ability to use mobile apps (or web browsers) to order up exactly what you need quickly, affordably and with minimal effort -- frictionless commerce, in the argot of digital commerce. Eliminating human intermediaries -- salespeople, brokers and others -- also makes such transactions simple, compelling and less expensive.

"The collaborative economy is fundamentally the most revolutionary change in the economy in a long, long time," said author and entrepreneur Paul Hawken in an interview at VERGE 2013. "It changes all the relationships between the players in the economy. It changes the incentives to scale. It then starts to go back to the village in a sense -- your reputation, your character, whether you are or aren't trustworthy. It creates socialization. It's the opposite of the Internet, where you're online alone. It also has a huge impact on how much material we use. It shifts from the economy of stuff to the economy of information, transported and interchanged by people."

The B-to-B sharing economy, said Hawken, will be "bigger than the Internet" in terms of transforming how commerce gets done.

There are differences between the consumer and B-to-B sharing economies. The former is based on trust and experience, the latter more on quality and efficiency. While consumer sharing services don't necessarily replace conventional ones -- you can still find a taxi or pet sitter even without an app -- B-to-B firms often bring services not otherwise available, especially to smaller firms and entrepreneurs.

But the end result is the same: higher asset use, improved efficiency and, probably, less stuff. "Probably?" The environmental impacts of all this sharing and collaboration have yet to be measured, although they could be significant. It stands to reason that using stuff more efficiently minimizes manufacturing costs, waste and emissions, as well as overall consumption. But so far, evidence is anecdotal.

For example, according to Joe Gebbia, chief product officer and co-founder of Airbnb, "In North America alone, Airbnb guests use 63 percent less energy than hotel guests." That's enough energy to power 19,000 homes for one year, he said.

Clearly, a great deal more research is needed to understand the sharing economy's full implications. One small example: Will a service that makes it easier to find parking spaces mean more people will be inclined to drive? We don't know.

As its evangelists are quick to point out, the sharing economy is not just about sharing. It also stands to transform relationships and business ecosystems, fostering communities where collaboration can lead to innovation.

"Think of the enormous loss of human potential bound up in patents, copyrights, trade secrets, certifications and credentials. These hallmarks of the old capitalist economy harbor excess capacity just yearning to find the light of day. In the new collaborative economy, innovation is limitless. More minds working together will always be exponentially smarter, more experienced and more well-equipped than fewer ones who work inside a single company or government."

In these big and well-organized networks, she said, "We can count on the right person -- with the necessary skills, networks, insights, and location -- to appear."