The road to State of the Art has been a long one, both literally and figuratively. Literally, Crystal Bridges President Don Bacigalupi and Curator for Special Projects Chad Alligood logged more than 100,000 miles criss-crossing the country to meet with nearly 1,000 artists. Figuratively, the exhibition began more than a year ago with a Big Idea and a list. The creation of that list is a story in and of it itself, sketched here by Crystal Bridges copy editor Linda DeBerry. 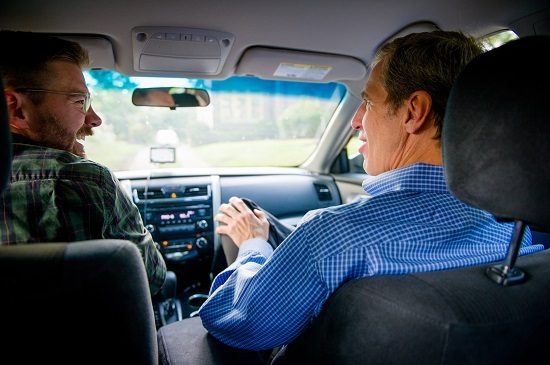 "In talking about State of the Art, we've often mentioned how we started out with a list of some 10,000 artists' names," said Don Bacigalupi. "An untold part of the journey is how we developed that list. And really it's a remarkable story that speaks to the vitality of a nation-wide network of arts professionals, and to the very real sense of a need for this sort of national undertaking."

Ten thousand artists is a lot of people. Even with a small army of research assistants, it would have taken years for a two-man team to produce a list of that magnitude. But the idea of State of the Art is based on immediacy: works produced within the past three years or so. They needed a list of artists working out there now. They began by reaching out to the professionals who are in the know in every region.

"I started with people I knew in Texas and Ohio, because that's where I had spent the majority of my career," Bacigalupi said. "I honestly didn't know what to expect. Here I was calling people up and asking them to hand over the names of all the up-and-coming artists in their region. I didn't know if they might feel territorial about these artists. What I found really amazed me. Not only did our colleagues willingly provide us with the names of artists in their area -- with very few exceptions, they overwhelmingly offered additional names of art contacts in their region. It was mindboggling the level of enthusiasm and generosity."

In a very short time, the list had grown exponentially. When all was said and done, Bacigalupi had corresponded with some 800 arts professionals across the country, many of whom he had never met and had no previous connection with. Time and again the reaction was the same: "They were not only helpful, they were appreciative," he said. "They were enthusiastic about the project, and they wanted to help. I was absolutely bowled over by the positive response." 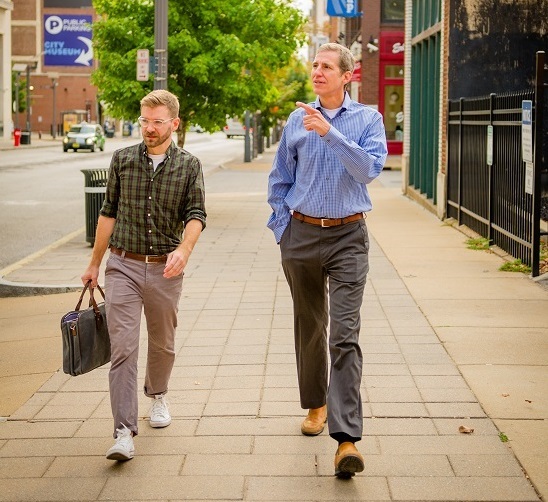 Across the country, curators, gallerists and scholars helped to spread the word. "Have you talked to so-and-so?" they would ask, and the recommendations poured in. Bacigalupi and Alligood found themselves answering a barrage of curious questions: How are you defining "emerging artists?" Are there age limits?

Each time they answered such questions it helped further refine the parameters for the search. "Emerging artists," for the purposes of this exhibition, included those who may have a regional following but have not yet been nationally recognized. The age question came up time and again, but because of their broad definition of "emerging," no limits were set. All ages were considered (the oldest artist the team visited was about 90).

"One thing we've discovered is that art careers can happen in interesting places," Bacigalupi explained. "Sometimes the art community is associated with a college or university; in other places there might be a civic art commission that recognizes and supports artists. Sometimes the artists themselves come together to run cooperative studio or gallery spaces that help to support the community and serve as a magnet for other artists. Across the country, however, art flourishes wherever it is supported, whether that support be public, private or communal."

Crystal Bridges Museum of American Art is located in Bentonville, Arkansas. The exhibition State of the Art: Discovering American Art Now will be on view in the museum September 13, 2014 through January 19, 2015.