Based on the U.S. Census Bureau’s latest release on education spending per student, 24/7 Wall St. reviewed the states that spent the most and least on education. For the past seven years, New York spent more than any other state, at just over $19,000 per student. Utah spent less than a third of that.

Click here to see the states spending the most.

Click here to see the states spending the least.

The states that spent the most per student appear to be the ones that can best afford it. Median household income in nine of the 10 top-spending states is higher than the U.S. median.

Spending a lot on students is by no means a guarantee of success, however. New York and Alaska, the top two spenders, had mediocre scores.

High school graduation rates also are likely to be higher in the states that spend more per student. Students in these states also are much more likely to complete college. More than 30% of adults in the majority of the top-spending states had at least a bachelor’s degree, compared to the U.S rate of 28.5%. Of the 10 states that spent the least per student, eight had below-average percentages with bachelor’s degrees.

Wealth and spending on education has a significant impact on educational outcomes, according to Michael Leachman, director of state fiscal research at the Center on Budget Policy and Priorities. “If you have more money, you can invest more in your schools,” he said in an interview with 24/7 Wall St. “If you invest more in your schools, you’re going to end up with a better-educated and ultimately higher-income population.”

Based on the latest data from the U.S. Census Bureau, 24/7 Wall St. reviewed the 10 states with the school systems that spent the most and the least per student in fiscal year 2011. From the census, we reviewed a variety of data related to education spending and revenue, including the proportion of state education revenue from federal, state or local sources, and the proportion of state spending that went to teaching costs or support services, all for fiscal 2011. We also used additional census data, including income, poverty and educational attainment data, all for calendar 2011. And we reviewed state proficiency scores in 2011 National Assessment of Educational Progress math and reading exams for the fourth and eighth grades, provided by Education Week.

These are the states that spend the least on education, according to 24/7 Wall St.:

PHOTO GALLERY
The States Spending The Least On Education
Download
Calling all HuffPost superfans!
Sign up for membership to become a founding member and help shape HuffPost's next chapter
Join HuffPost 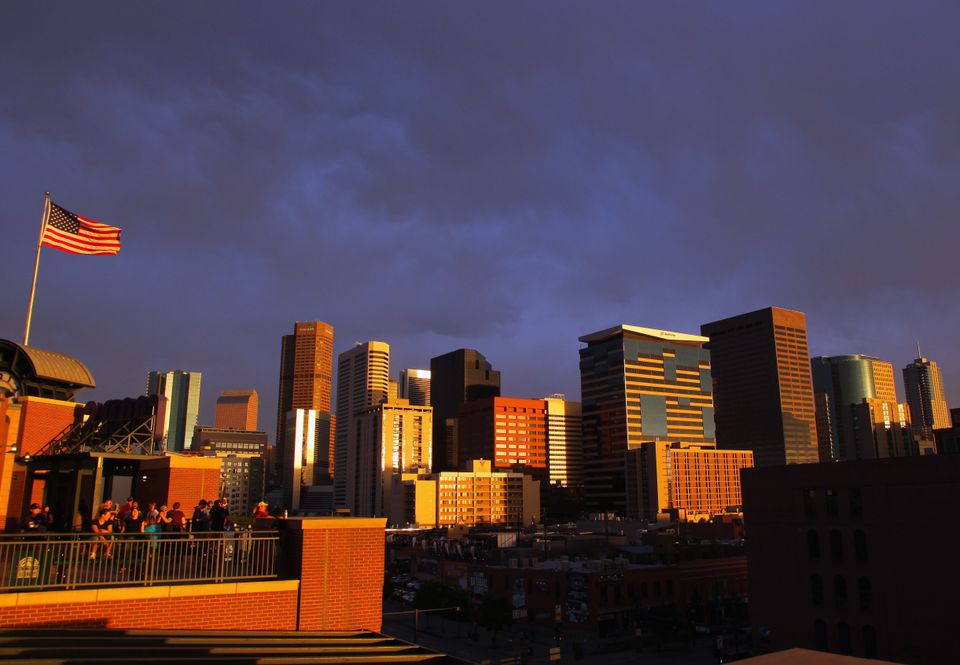 1 / 10
10. Colorado
<strong>Spending per pupil:</strong> $8,724 <strong>Total education spending:</strong> $8.6 billion (22nd highest) <strong>Pct. with high school diploma:</strong> 90.2% (15th highest) <strong>Median household income:</strong> $55,387 (15th highest) At just under $1,400 per pupil in fiscal 2011, Colorado’s school system contributed less to employee benefits than all but two other states’ systems. Colorado barely spent more than $5,000 per student on teaching expenses, such as teacher salaries, one of the worst figures in the country. Still, schools got little help from outside their localities, receiving just $1,161 per student in federal funds and just $4,185 per student in state funds, both among the lowest amounts of any state in the nation. In late May, the Colorado Supreme Court upheld the state legislature’s school funding formula, which critics argued failed to help poorer students. In 2012, a judge had declared the formula insufficient and said that not one school district in the state was appropriately funded. <a href="http://247wallst.com/2013/05/31/states-that-spend-the-most-on-education/4/" target="_blank">Read more at 24/7 Wall St.</a>
Getty Images