24/7 Wall St: An estimated 14.5 million American households had difficulty providing enough food for their families last year, according to a recent government report. In 7 million of those homes, at least one member of the family had to skip meals or eat less because money was tight. These numbers are more or less unchanged since 2008.

U.S. Department of Agriculture (USDA) Economic Research Service report measures how many households have to limit their food options or even skip meals because they cannot afford enough or healthier food. According to the report, between 2010 and 2012, an average of 20% of Mississippi households had low or very low food security. In that period, an average of one in 12 Arkansas households had at least one family member skip a meal or eat less because of a lack of money. These are the states where the most people go hungry.

Ross Fraser, spokesperson for hunger-relief charity Feeding America, explained that having low food security does not necessarily mean families are starving. While people may feel full after eating, nutritious food is expensive. “Often, people have to make unfortunate choices about what they put in their stomachs.” Fraser added.

Indeed, according to a 2012 Gallup-Healthways survey, people in nine of the 10 states were less likely to eat healthily on a daily basis than the nation as a whole. Missouri and Tennessee were third and second worst in the country by this measure.

It may surprise some that, in fact, the majority of the 10 states with food access problems have higher-than-average obesity rates. Mississippi and Arkansas had the second and third highest obesity rates in the country in 2012. “The lack of healthy food among families in these states,” explained Fraser, “is one of the reasons you have very poor people who are obese. It is because they’re not able to afford nutritious and high protein food.”

Based on a three-year average between 2010 and 2012, the USDA‘s report, Household Food Security in the United States in 2012, identifies the states with the highest proportion of residents who had low or very low food security. The report measures how many households have low food security — defined as being able to eat three square meals a day, but forced to reduce the quality of the food they eat — and very low food security — defined as having food intake reduced and eating patterns disrupted because of a lack of affordability. The 2000-2002 and 2007-2009 averages also were considered. 24/7 Wall St. also reviewed poverty, income, education and food stamp recipiency data from the U.S. Census Bureau’s 2011 American Community Survey, as well as the obesity and access to food data for 2012 from the Gallup-Healthways 2012 Well-Being Index.

These are the states where the most people go hungry, according to 24/7 Wall St.:

PHOTO GALLERY
States Where The Most People Go Hungry: 24/7 Wall St.
Download
Calling all HuffPost superfans!
Sign up for membership to become a founding member and help shape HuffPost's next chapter
Join HuffPost 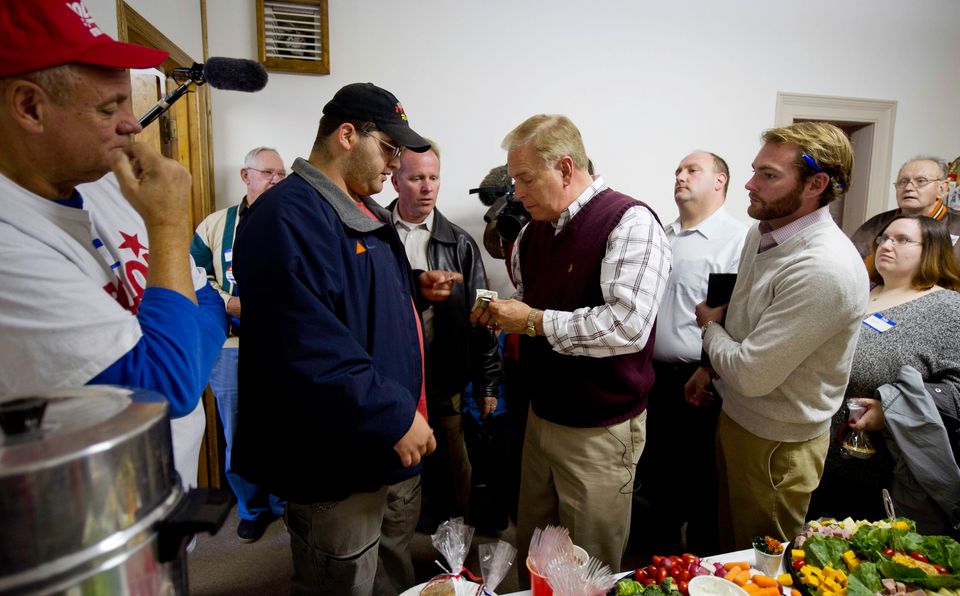 1 / 10
10. Ohio
> Low food security homes: 16.1% > Very low food security homes: 7.1% (3rd highest) > Median household income: $45,749 (16th lowest) > Pct. obesity: 29.5% (8th highest) More than 16% of families in Ohio experienced low food security, meaning they had difficulty accessing food and had poor diet quality. This problem was even worse for some families. Ohio also had the third highest percentage of households in the nation, at 7.1%, that had experienced very low food security at some point. In these homes, at least one person had to reduce food intake or had their eating patterns disrupted by irregular access to food. <a href="http://247wallst.com/special-report/2013/09/05/states-where-the-most-people-go-hungry/" target="_blank">Read More At 24/7 Wall St. </a>
Getty Images