In 2014, data theft reached record levels. According to the Identity Theft Resource Center, there were 783 data breaches last year, a substantial increase from both the previous year and the previous 2010 peak. In addition, the Federal Trade Commission (FTC) recorded 332,646 identity theft complaints in 2014, up slightly from 2013. All forms of fraud, including identity theft, cost Americans about $1.7 billion in 2014, or an average of more than $2,000 per incident.

Click here to see the nine states with the most identity theft complaints.

While identity theft complaints are far more common in these nine states than in others, there are no safe states for identity theft. Steven Toporoff, attorney in the Division of Privacy and Identity Protection at the FTC, said, “everyone is vulnerable.” If a major retail chain’s system is hacked, he added, information about millions of consumers in different states is compromised. “Any time consumers give out their information it creates vulnerability,” said Toporoff.

According to Toporoff, the motive behind identity theft is very simple. “There’s a lot of money in [identity theft] with very little physical risk,” said Toporoff. And there are many methods. In most cases, Toporoff explained, only a computer is needed to steal someone’s identity. While often such thieves operate in gangs or on a large scale, sometimes “insiders” sell information. These individuals often work for educational, financial, or medical institutions, which store personal information. Selling confidential information can be very lucrative.

While everyone is vulnerable to identity theft, children and elderly people are targeted more than others, although for different reasons. According to Toporoff, children are prime targets because their information is readily available as it is stored within a school system. In addition, almost no one monitors a child’s credit report. This means a child’s stolen identity can often be used for years before the misuse is even detected.

Elderly Americans are vulnerable to identity theft for a host of reasons. They are targeted because often they have more money than younger Americans. They also tend to have more contact with medical establishments, with multiple specialists, and with multiple people such as caretakers entering their homes more often. This may partly explain the nation-leading rate of identity thefts in Florida, where nearly 19% of the population was 65 and over in 2013, the highest proportion in the country.

Toporoff suggested that the large populations in the states with the most identity theft is also a factor. Florida, California, Georgia, and Michigan, for example, are all among the 10 most populous states in the nation, as well as top states for identity theft. “People want to live [in these states] and so do thieves,” who go to “places where there are people, so they can apply their trade, so to speak.” Toporoff noted.

The causes behind a state’s high incidence of identity theft are difficult to pin down. Toporoff pointed out that a higher incidence of these crimes could be due simply to better reporting methods or to greater attention paid in the media, which encourages people to file complaints. Still, generally speaking, for “people facing hard times, if they’re inclined to engage in criminal activity, [identity theft] is a relatively easy one to get involved in.” Similarly, a person suffering financial distress is perhaps more vulnerable to scams than many others.

The unemployment rates in seven of the nine states with the most identity theft exceeded the 2014 annual national rate of 6.3%. Also, while 15.9% of Americans lived in poverty in 2013, more than 17% of residents in six of these states lived in poverty. Average debt levels also tended to be higher in these states. For example, the average mortgage debts in six of the nine states were among the top 20 figures compared to the rest of the nation.

To identify the nine states with the highest incidence of identity theft, 24/7 Wall St. reviewed data for the 2013 and 2014 calendar years from the FTC’s Sentinel Network Data Book, which compiles the total number of fraud complaints in each state. These complaints are divided between identity theft and a second category, which includes all other kinds of fraud. We also reviewed data on consumers’ average auto, credit card, mortgage, and student loan debt, provided by Credit Karma for January 2014. Figures on income are from the U.S. Census Bureau for 2013. Unemployment figures represent annual averages for 2014 and are from the Bureau of Labor Statistics.

PHOTO GALLERY
9 States With the Most Identity Theft Complaints 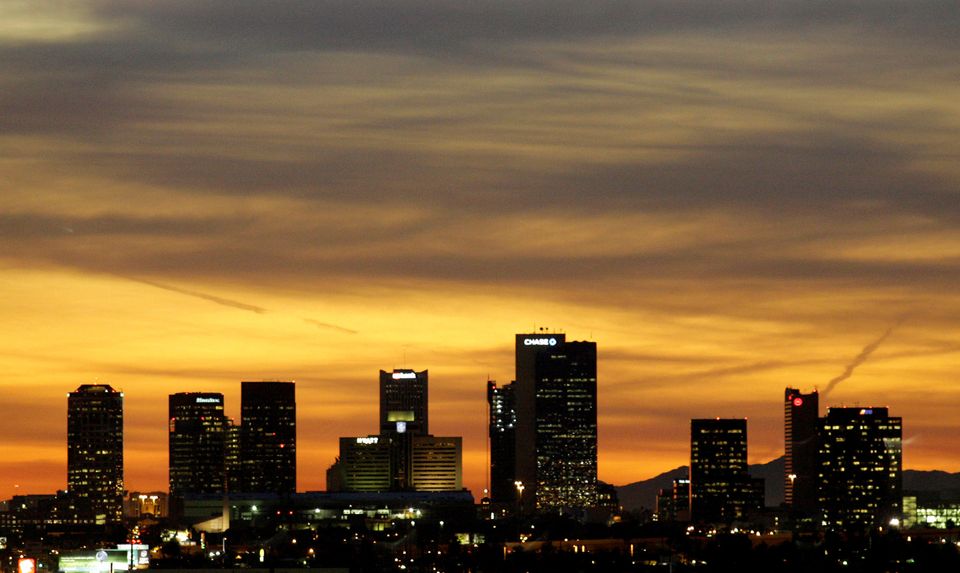 1 / 9
9. Arizona
> Identity theft complaints per 100,000: 96.0 > Total complaints per 100,000 population: 562.1 (16th highest) > Total complaints: 37,836 (14th highest) > Average amount paid: $2,581 (9th highest) There were 6,460 complaints of identity theft, or 96 per 100,000 residents, in Arizona last year, the ninth highest frequency nationwide. There are a variety of ways to steal a person’s identity. In Arizona, government documents or benefits fraud accounted for the most identity theft complaints, 31%. All forms of fraud, including identity theft, were also quite costly for Arizona. Among complaints in which an amount paid was reported, scams cost an average of $2,581, the ninth-largest such figure nationwide. In 2008, the state passed a law which classified seeking employment without legitimate documentation as identity theft, helping local authorities crack down on illegal immigration. However, the law may conflict with federal statutes which affirm no attempt to seek employment is illegal regardless of immigration status. The law came under attack in January after an organization of immigrant advocate groups sued Arizona and several counties in the state. <a href="http://247wallst.com/special-report/2015/04/28/9-states-with-the-most-identity-theft-complaints/" target="_hplink">Read more at 24/7 Wall St.</a>
ASSOCIATED PRESS