Following a 2012 Supreme Court ruling that made Medicaid expansion under the Affordable Care Act optional for states, 20 states have opted out of the reform, rejecting billions of dollars of federal funding for low-income residents. Texas and Florida will lose more than $9 billion and $5 billion, respectively.

The following map indicates the net loss of federal funds by 2022, in millions, for the 20 states choosing not to participate in Medicaid expansion, assuming all other states participate, according to data from the Commonwealth Fund: 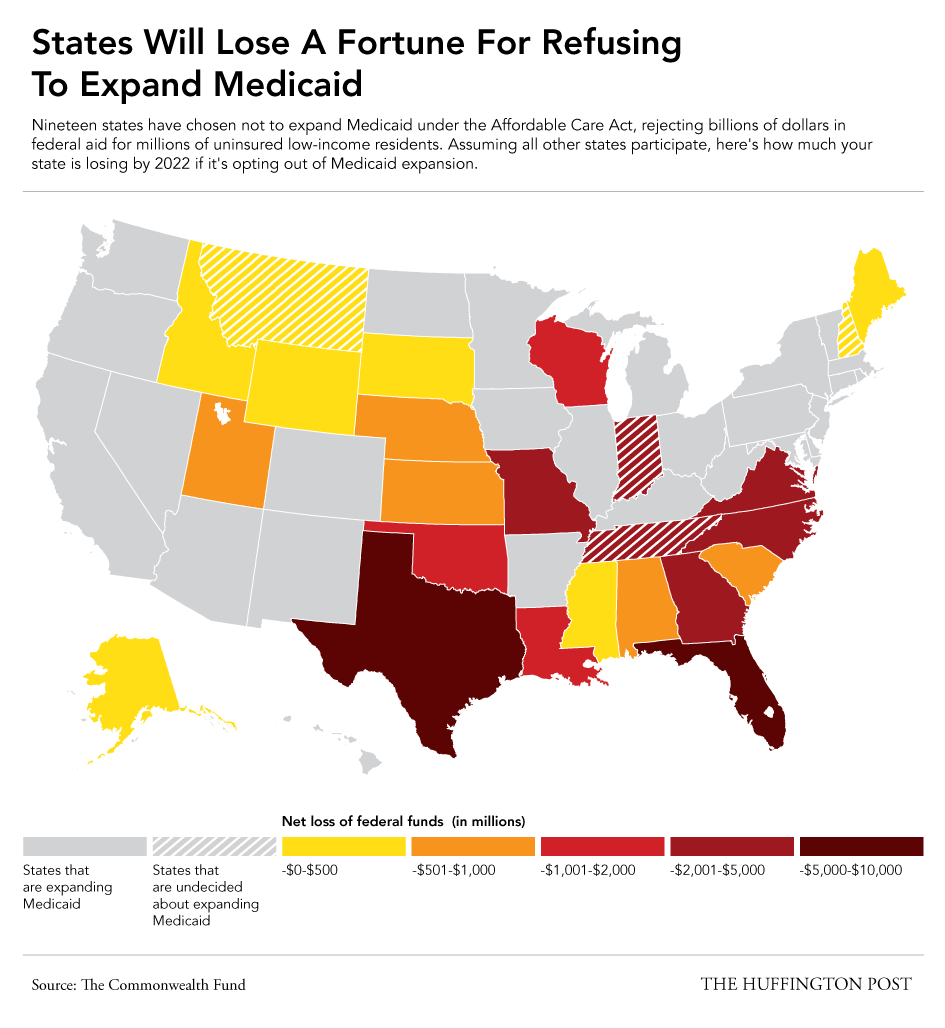 The Commonwealth Fund report categorizes Pennsylvania as a participating state in Medicaid expansion, while the Kaiser Family Foundation and Pew Charitable Trust have classified it as “under debate.” Pennsylvania would lose out on $4,780,000,000 if it decides against expansion. Other states in a similar categorical situation, with Kaiser and Pew classifying their participation status differently from the Commonwealth report, are Indiana, Tennessee, Montana and Virginia.

If adopted by all states, the Medicaid expansion -- designed for residents at or below 138 percent of the federal poverty level -- is projected to provide 21.3 million Americans with affordable health care by 2022 while reducing states' uncompensated health care expenses. The ACA’s expansion program covers 100 percent of Medicaid costs for new enrollees through 2016, gradually reducing assistance to 90 percent cost coverage by 2020. Many of the states refusing to expand Medicaid under the ACA cite potentially harmful fiscal impacts on their state budgets, although expanding Medicaid coverage costs less than 1 percent of state budgets on average, according to a December report by the Commonwealth Fund.

UPDATE -- 6:38 p.m.: This post has been updated with additional information about the Commonwealth report's classification of several states' participation in Medicaid expansion. The number of states rejecting Medicaid expansion under the Affordable Care Act has also been updated to include Wyoming, making the correct number 20, not 19.