This story was originally published on 24/7 Wall St.

Nearly 63 million Americans volunteered a total of roughly 7.7 billion hours in 2013, a contribution estimated to be worth approximately $173 billion. Despite the economic and community benefits of volunteering, the percentage of Americans who volunteer fell from its peak of 28.8% in 2005 to 25.4% in 2013.

“Volunteers are the lifeblood of our nonprofits and schools and shelters and neighborhood organization, hospitals, hotlines,” said Sandy Scott, senior advisor at the Corporation for National and Community Service in an interview with 24/7 Wall St. “They provide enormous social and economic value for our country.”

Based on data from the CNCS, Utah leads the nation with 45.3% of its residents 16 and older volunteering in 2013. State residents also volunteered by far the most hours, with each volunteer contributing 85 hours in 2013 on average. Louisiana, on the other hand, had the lowest volunteer rate at just 16.7%. And each volunteer in the state contributed just 21.4 hours on average, the lowest figure nationwide.

Click here to see the states volunteering the most.

The volunteer rate only accounts for formal volunteerism and may overlook other ways people help their communities, said Scott. The CNCS also looked at the proportion of state residents who did favors for a neighbor. More than 20% of residents in six of the states with the highest volunteer rates reported doing a favor for a neighbor a few times a month, higher than the national proportion of 17.7%.

Although volunteering requires the commitment of often valuable, unpaid hours, an abundance of free time among state residents does not necessarily lead to higher volunteerism rates. For example, one might expect volunteer rates to be higher among unemployed individuals, especially since volunteering dramatically increases the chances of getting hired. However, this is not the case.

“If you’re unemployed and volunteering,” Scott said, “you’re honing your job skills, you’re making contacts, you’re showing a can-do attitude, and you’re increasing your social capital, your skills and doing all the things you should be doing to help find a job.”

Counterintuitively, Scott observed, “The most typical volunteer is actually a working mother, which might surprise you because who’s the busiest person around? It’s a working mother.”

Click here to see the states volunteering the least.

Volunteers work in a wide range of places, including religious organizations, schools, and civic institutions. Just over 4% of volunteers devoted most of their volunteer time at sport or art related organizations, the least popular volunteer outlet nationwide. Religious institutions, on the other hand, were the most popular, attracting more than 34% of American volunteers.

Homeownership is strongly associated with volunteering. Owning a home is usually a commitment to stay and live in the home’s location. Perhaps as a result, homeowners are more invested in their communities and tend to volunteer more. More than 65% of housing units in all but one top state for volunteering were owner-occupied, higher than the national homeownership rate of 63.5% in 2013. The opposite tended to be true in the housing markets of the states with the lowest volunteerism.

To identify the states with the highest and lowest volunteer rates, 24/7 Wall St. reviewed the percent of state residents 16 and older who volunteered with an organization in 2013 from the Corporation for National and Community Service. The survey also included state data on historical volunteer rates, where individuals volunteered primarily, the types of volunteering activities, and the volunteer retention rate. In addition, survey respondents were asked whether they did favors for neighbors, voted in local elections, had confidence in public schools, and whether they trusted their neighbor. We also looked at state educational attainment rates, poverty rates, age cohorts by state, homeownership rates, and household median income from the U.S. Census Bureau’s 2013 American Community Survey. The number of nonprofit organizations per 100,000 state residents also came from the U.S. Census. Annual unemployment rates are for 2013 and came from the U.S. Bureau of Labor Statistics. 24/7 Wall St. also considered Gallup’s 2013 well-being index.

These are the states with the highest (and lowest) volunteer rates.

PHOTO GALLERY
10 States That Volunteer The Most 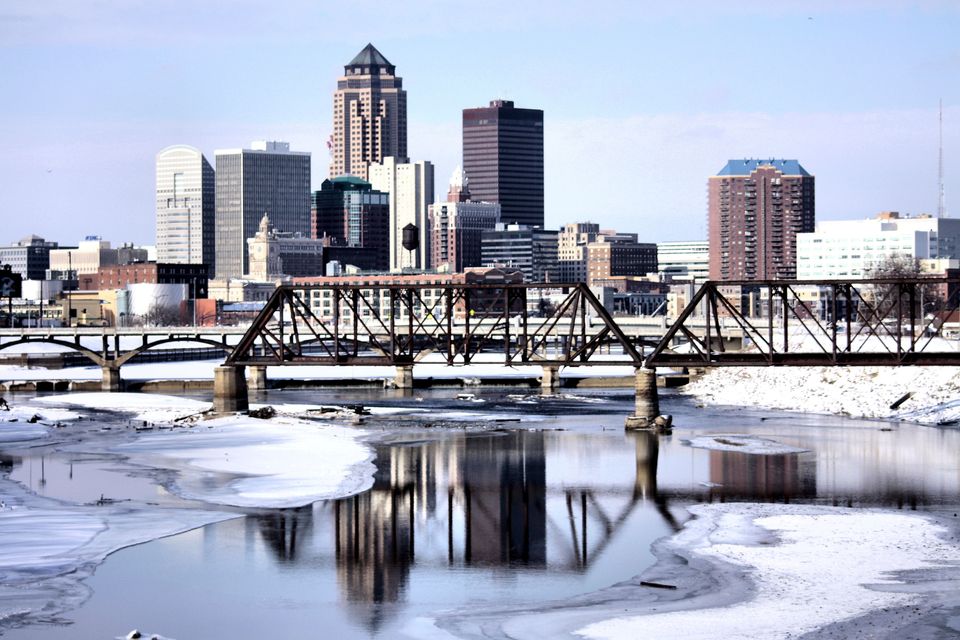 1 / 10
10. Iowa
> Volunteer rate: 33.0% > Pct. with at least a bachelor’s degree: 26.4% (15th lowest) > Pct. voting often or sometimes in local elections: 56.1% (9th lowest) > Unemployment rate: 4.6% (6th lowest) Approximately one in three Iowa residents volunteered in 2013, the 10th highest share compared with all states and up slightly from 32.6% in 2012. As in other states, Iowa’s volunteerism rate was lower than it was a decade ago. In 2003, the Iowa volunteer rate was 39.9%, fourth highest at that time. Residents of the Hawkeye State volunteered an average of 35 hours over the course of 2013, down from a high of 47.8 hours in 2004 but still one of the higher figures nationwide. Like volunteers across the country and in most states, Iowans pitched in the most at religious organizations, with 37% devoting most of their volunteer time at faith-based organizations. By contrast, 7.3% of Iowans volunteered at civic groups. Iowans also put their backs into volunteerism: about 28% of their volunteer activity was classified as general labor, including physical labor, second only to Wyoming in such volunteer work.
Phil Roeder/Flickr