For all the years that I have lived in America, which has become my home since immigrating from Russia a few decades ago, I've had a dream: to get behind the wheel of a car and drive thousands upon thousands of adventurous miles across this beautiful country of ours. 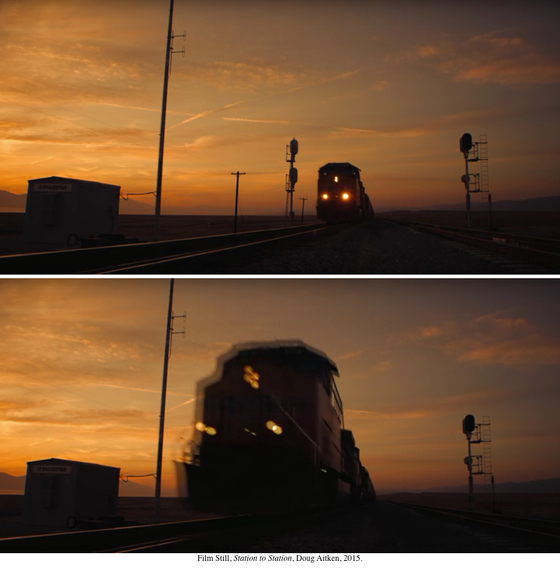 I do remember the first time I heard Nat King Cole singing his famous (Get Your Kicks on) Route 66! Boy, I was ready to jump in my car and follow him mile by mile from Chicago to LA. Never done it, but still hoping one day to go.

And here comes an enticing invitation to all of us -- an invitation for an amazing trip we simply cannot refuse. How about hopping on a train and traveling from coast to coast, from New York to San Francisco? It will be a slow but delicious trip with many stops and numerous adventures. Trust me, you will make a lot of friends.

The trip will last 24 days and all of us will be treated to multiple art happenings, performances and conversations. We will hear and see Beck and Mavis Staples, Ed Ruscha and Mark Bradford, Thomas Demand and Cat Power, just to name a few. 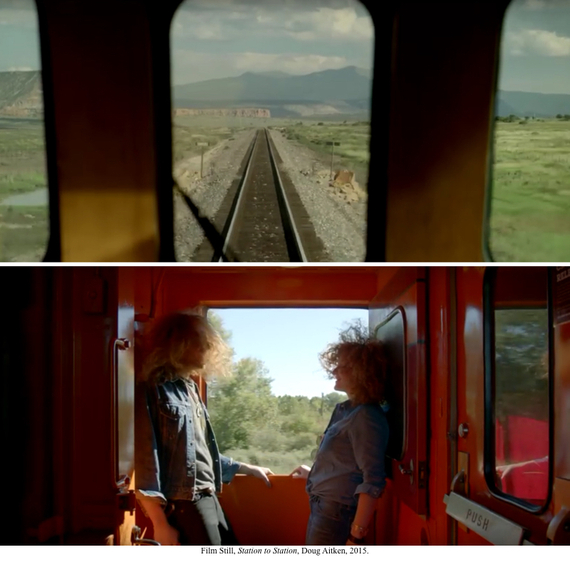 All this and more was imagined and then brought to life in the summer of 2013 by LA-based artist and filmmaker Doug Aitken. I remember visiting him in his studio in Venice Beach soon after the trip where he talked to me about this adventure and showed me excerpts from his video footage of the project. 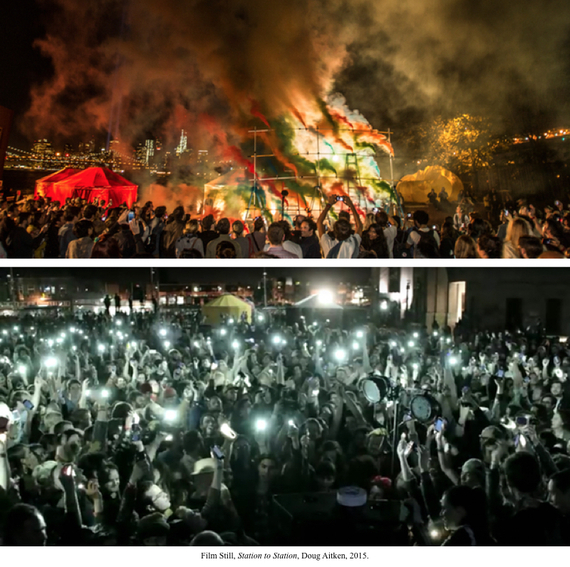 For one week only, starting this Friday, August 21, we all will have the chance to join Doug Aitken and "get high" on this art adventure. From August 21 to August 27, Nuart Theatre in West LA will screen Doug Aitken's film Station to Station, which was an official selection of the 2015 Sundance Film Festival. This high-speed trip through the country and through modern creativity was reimagined by him as a 62 minute long movie consisting of -- believe it or not -- 62 one-minute short films. 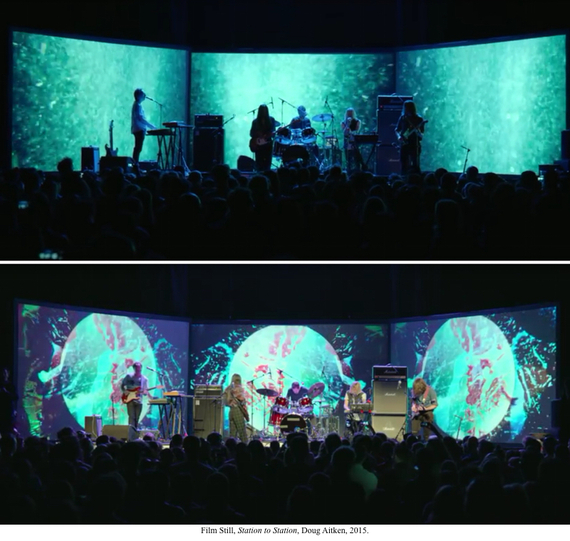 To quote the press release: "... a train designed as a kinetic light sculpture... traveled from New York City to San Francisco over 24 days. Rolling into ten stations on the route, the train set in motion a series of happenings, each unique to its location and mix of creative participants. The film includes profiles, intimate moments on the train, conversations, and performances at the happenings." 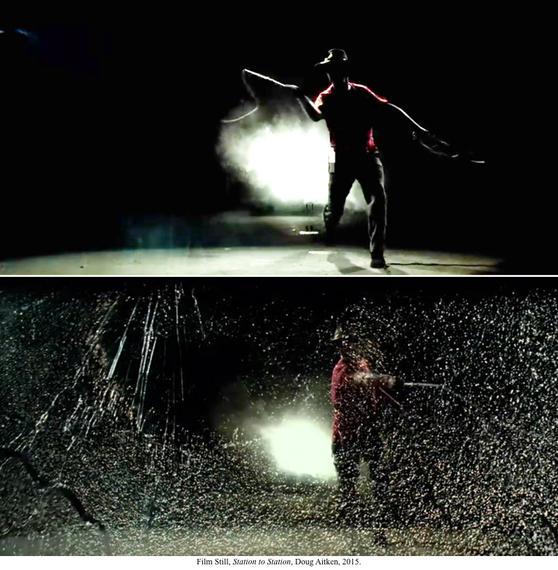 On Friday and Saturday 7:30 p.m. screenings will be preceded by short musical performances. Then at the end of the screenings the audience will be invited to participate in a Q&A with Doug Aitken himself. I can confirm that Doug is good conversation and definitely not shy.

A year ago I reported about an exhibition of his sculptural installations, here in LA at Regen Projects. Many of them incorporated photography. In several cases the artist literally broke through the gallery walls to install his art to the most theatrical effect. 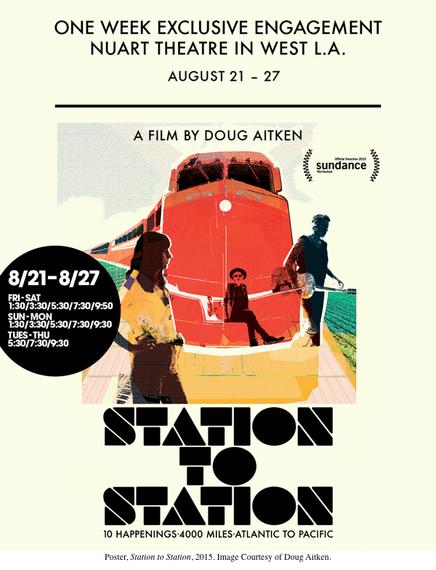 But, with Station to Station, this latest project of his, Doug Aitken has raised the bar even higher. This upcoming weeklong screening of his movie at Nuart Theatre promises to be a week to remember. Station to station, ocean to ocean -- you won't want to miss the Doug Aitken train.