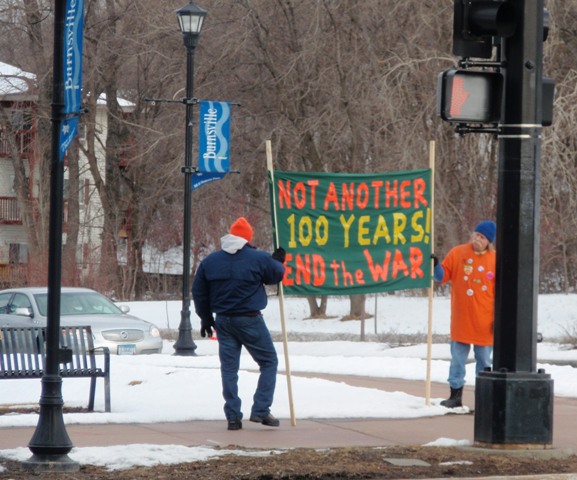 "Mr. Bush announced no final decision on future troop levels after the video briefing by the commander, Gen. David H. Petraeus, and the diplomat, Ambassador Ryan C. Crocker. The briefing took place on the day when the 4,000th American military death of the war was reported and just after the invasion's fifth anniversary."

This year we have heard from the President and the new presumptive leader of the Republican Party, John McCain, that we need to stay the course in Iraq. The surge is working (except for the hundreds of thousands of people who have been killed recently) and we need to continue to stay for as long as needed, perhaps 100 (one hundred) years. Then I read that the U.S. Ambassador to Iraq, Ryan Crocker, plans to leave Iraq as early as January and that General Petraeus, one of our greatest generals (according to Mr. McCain), is expected to rotate out of Iraq before January. Guess Bush and Cheney will exit about then too. Wait a minute. Why don't our leaders stay if our troops can't leave? Doesn't "stay the course" actually include the word "stay"? Nice to know at least Ambassador Crocker, General Petraeus and Bush and Cheney all have an exit strategy for Iraq!

As for the rest of us? As you can see, I'm staying at the sewing machine, making new banners for our peace vigils. 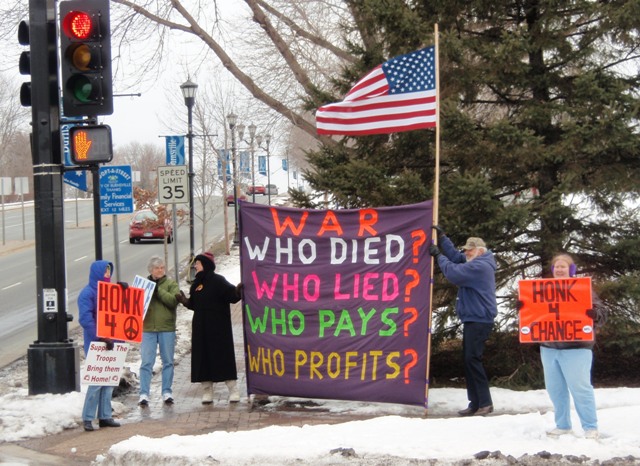