HIV, syphilis, gonorrhea, genital warts and other sexually transmitted diseases adorn a set of specially prepared -- and painstakingly anatomically correct -- cupcakes that will be part of an exhibition this weekend at the London St. Bart's Pathology Museum.

The second annual Eat Your Heart Out exhibition features a wide array of bizarre and grotesque goodies curated by "evil genius" public relations manager "Miss Cakehead" aka Emma Thomas (HuffPost Food has featured some of her other work previously). The goods are available for purchase by non-squeamish pastry lovers.

The STD cupcakes are meant to do more than shock, however. Besides having audiences admire the obvious skill of the chef behind the sugar-spun boils and warts, the event aims to help raise awareness about the dangers of unprotected sex.

Jenni Powell of Two Little Cats Bakery designed the cupcakes (which come in lemon, vanilla and chocolate flavors) for The Evil Cake Shop's exhibition and told The Huffington Post the experience was certainly a memorable one.

"I already knew a fair bit about STDs and their symptoms," Powell wrote in an email to HuffPost, explaining that she had worked as a "sexpert" on her university's sexual health outreach team. "A lot of diseases don't have visible symptoms, so I wanted to pick ones that would really make a statement on a cupcake!"

Despite her background, researching the symptoms was still a challenging process, one she called both "fascinating and disgusting in equal parts."

"I wanted to make the symptoms as true to life as I possibly could, so used medical journals and the good old internet....seriously my google image history is quite stomach churning," she said.

Response to the cakes has been mixed, according to Powell, but the best emails have been from people who said "they didn't realize that the swellings, scabs etc. look like that, and they're off to buy some condoms," Powell wrote. "Even if one person takes away the educational message then we've done a good job!"

Customers wishing to purchase the cupcakes can buy STD boxsets, available for £12 (about $19) each at the Pathology Museum.

Buyers will not be able to choose the cakes they get, however -- a purposeful choice, according to Thomas.

"It's like having unprotected sex with a stranger," she told The Sun. "You never know what you'll get!" 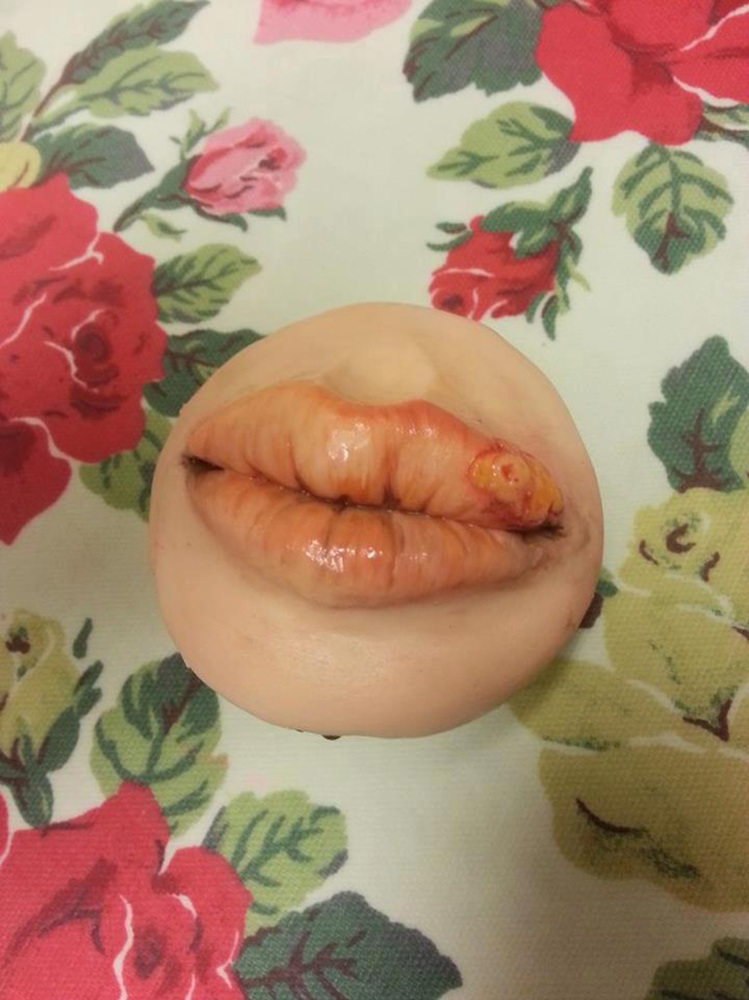