Last week, California Senator Ben Allen, Chair of the Joint Committee on the Arts, convened a hearing "to examine the state of arts education in California schools. Currently, state law requires all schools to provide arts education to students, but many schools are not doing so." He wanted to know why. 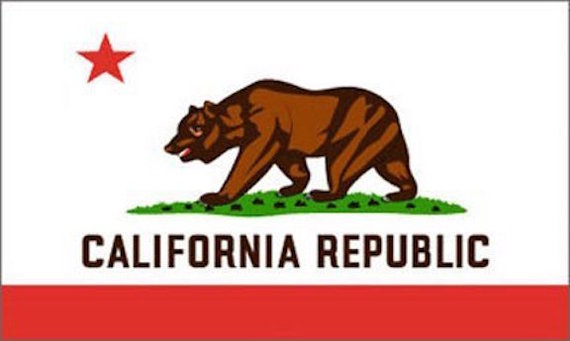 Michael D. Stone, President of the California Music Educators Association (CMEA), testified that his organization launched an advocacy effort to force schools to establish music education programs citing Dr. Carl Schafer, a retired music education professor, who argues that "the California governing boards of school districts have treated visual and performing arts as an optional part of the curriculum." This notion that the arts are "optional" must be corrected either by legislation and/or incentives such as a program of mandatory training and money as necessary to make teaching artists widely available and help all teachers use the arts to teach their disciplines, so-called "arts Integration."

Perhaps that was one of the reasons the hearing asked specifically, "why there is such a high rate of noncompliance with the arts education mandate... what steps can be taken to compel more schools to incorporate visual and performing arts into the standard curriculum." But the findings merit a lot more patience and understanding.

For years now, educators and art teachers among others have been arguing that A for the arts need to be added to the Bush-administration-funded STEM programs (science, technology, engineering and math) -- STEAM not just STEM.

Well, it's happened. The White House has incorporated arts integration into its "Turnaround" program, the National Science Foundation has funded "Art Based Learning of STEM" experiments, the U.S. Department of Education supports arts integration in low-income schools, and the list goes on. Even science teachers love the arts but the education system hasn't yet jumped on the new thinking about art and art integration.

Some schools have adopted such initiatives or are trying to, and STEAM camps have been extremely popular, but the ugly truth is that most schools are still trying to figure out 1) what the "common core" is; 2) how to implement it; where the money to retain or hire the teaching artists is, and where they themselves are going to be retrained to make art integration work in their class.

A bit of history.

Initially launched in 2011 after a California Team attended the Education Leaders Institute sponsored by the National Endowment for the Arts, California State Superintendent of Public Instruction, Tom Torlakson, then announced that he would publish a "Blueprint for Creative Education" to be written by a Task Force of appointees.

Last year, after over two years of effort, this special committee published the "Blueprint for Creative Schools" and the special committee in turn formed a task force called CREATE CA to pursue and implement the recommendations of the blueprint. The CREATE CA (for "Core Reforms Engaging Arts to Educate) effort involves the California Alliance for Arts Education (CAAE), the California County Superintendents Educational Services Association (CCSESA), the State PTA and many other groups statewide and was inspired and launched through the state's participation in the National Endowment for the Arts' Education Leaders Institute (ELI), which awarded California (through the CAC) one of five grants nationwide to attend an ELI convening in Chicago in May 2011. 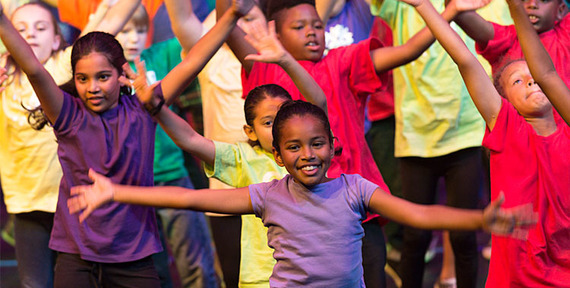 This was not just another government report to gather dust. It is a well-thought-out set of recommendations and an action-oriented directive. Thanks to the hard work of the task force's leadership and the philanthropy of the William and Flora Hewlett Foundation this report has real meat, structure and direction.

Together with what California has already accomplished the last two years, this effort to fashion a "robust 21st century model of arts education (which) will become the center for creative education K-12." Citing an 18-month major report by President Obama's Committee on the Arts and Humanities, CREATE CA recognized that "The arts embody creativity and, as such, are taking a central role in many national studies."

The Blueprint has recommendations that touch on every aspect of teaching and learning in all K-12 schools, but what makes this effort most attractive is the commitment to developing a long-term agenda, ensuring sustainability and creating a program of assessment and accountability. The blueprint thus became the centerpiece for California schools with the goal: Ensure each student reaches his or her full potential by broadening California's educational vision, policy, and practices to promote innovation, economic development, and creativity.

This is a huge undertaking.

CREATE CA is still in the process of getting organized but believes that a PR education campaign is a top priority. But should it be that hard? Some folks are not convinced that all the players are on board and there is concern. But this isn't the whole story.

As Dennis Doyle, Executive Director of COTA (Collaboration of Teachers and Artists) earlier a Superintendent of Schools, explained most teachers and principals too, were trained or worked under a national policy of No Child Left Behind (NCLB) where the "test" was all important. This NCLB effort was all-consuming and left little time or resources for anything else.

Now, under the "common core," a whole new and very different set of expectations is being called for. While there are a few dissenters, they are mostly ideological protesters, not even part of the educational establishment. The common core is the approach that will turn out young people with new thinking skills that hone collaboration, communication and creativity skills and emphasize empathy, the assets that employers most value in the mechanized age.

CREATE CA, together with CAAE, CCESA, and others, including groups like COTA for example, are nurturing the teachers and administrators, students and their parents in the intricacies of the common core, which of necessity includes arts integration.

Maybe the code does need to be rewritten to ensure that the visual and performing arts and arts integration are made available to all students in every school in the state and the schools are encouraged and perhaps incentivized to adopt its recommendations. But this is a process. It doesn't just happen because it is mandated.