My Rebbe the title of Adin Steinsaltz's new book, is a truthful description of the book's subject matter. Unlike Samuel Heilman's The Rebbe and Joseph Telushkin's upcoming book Rebbe, much of Steinsaltz's work is based on his own personal experiences, perceptions and interactions with the Lubavitcher Rebbe and the Chabad movement. 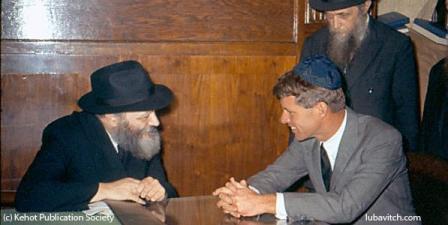 Steinsaltz, himself a great Talmudic sage, has been hailed by Time magazine as a "once-in-a-millennium scholar." His new book covers a wide variety of topics including some of the fundamental beliefs of the Chabad Chossid. Steinsaltz provides a brief history of Chabad and a biography of the Rebbe's life and goes on to address the major events and controversies surrounding the Rebbe's persona.

I was a little disappointed with the historical aspects of the book, specifically where he talks about the Rebbe's early life in Paris and Berlin. There are no details of that phase of the Rebbe's life that haven't already been written about elsewhere. But more importantly some of the information is inaccurate. Although Steinsaltz clearly recognizes that it is problematic to rely solely on internal testimony and sources, when he discusses this chapter of the Rebbe's life, he seems to have done just that.

"Paris and Berlin were the centers of sophistication and advanced culture in those years. Rabbi Yosef Yitzchak wanted Menachem-Mendel to understand the wider world. The sixth Rebbe may have felt that a grasp of Western culture would help his son-in-law play a more public role within Chabad. As Jews were moving out of the Shtetl and acclimating themselves to city life, Rabbi Yosef Yitzchak saw that secular culture could equip Menachem Mendel to deal with this new breed of Jew. If Chabad was going to speak to the broader world, it would need leaders who could speak its language....

"Yet, during the years in Berlin and Paris, Menachem Mendel had no plans to become a leader within the Chabad movement. As close as he and his father in law were, there was a push-pull between them. As the sixth Rebbe was encouraging engagement with the Jewish community, the younger man sought to preserve his privacy."

The differences between Menachem Mendel and Yosef Yitzchak were much greater than this paragraph suggests. It is the accepted wisdom among those that were present at the time that the previous Rebbe opposed Menachem Mendel's pursuit of secular studies in Berlin and Paris. There is ample testimony to prove that. Steinsaltz seems to jump to the contrary conclusion, yet it is unclear how he gets there. Perhaps this error reflects Steinsaltz's personal dilemma, his own push-pull between these two worlds -- his commitment to rabbinic studies and observant Judaism yet his deep love for culture, academia and scholarship. Steinsaltz acknowledged, in Newsweek in 1980, that he is "caught between two worlds" -- the secular world of the West and the traditional Jewish world. "My duty," he says, "is to combine the two." In that same article, Steinsaltz is characterized as someone who "discourses easily on contemporary films, French literature and Israeli politics." 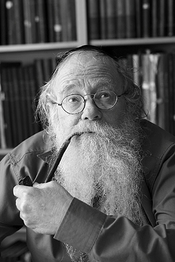 Later on in "My Rebbe" Steinsaltz writes that "loners like the Rebbe may be surrounded by others and even maintain lifelong friendships. Still, they do not seem to need many close friends to share confidences or to depend upon. They have a clear purpose, a consuming aim, an intense focus on work to be accomplished. He had few if any intellectual peers."

While this does seem to be an accurate description of the Rebbe, it is interesting that others have described Steinsaltz in similar terms. Here, too, I wonder whom Steinsaltz is really describing.

It is puzzling that Steinsaltz wrote that the Rebbe told someone that his work at the Brooklyn Navy Yard was "his way to thank the country that had saved him and to help with the war effort." Besides the fact that the source of this quote is unreliable, this story is usually peddled by people who feel the need to defend the Rebbe's choice of employment. There is no need to justify the Rebbe's work at the Navy Yard. He did what needed to be done to make an honest living and support his wife.

Steinsaltz has an incredible ability to take lofty concepts and explain them in a way that an average layman can understand. His analysis of the Rebbe's view on the founding of the state of Israel, the peace accords and "who is a Jew" or, as he correctly describes it, "who is a Rabbi" is fascinating.

The author's portrayal of the Rebbe after his tragic stroke is truthful and heartbreaking. The controversy surrounding the Rebbe's possible Messianic candidacy is important for those wishing to understand how this type speculation started. Steinsaltz makes his opinion abundantly clear, however, that after the Rebbe's death, this is no longer a viable possibility.

My favorite part of the book by far is the chapter where Steinsaltz deliberates on whether the Rebbe performed miracles or whether he was a seer.

He tells the story of his 15 year old son diagnosed with acute myeloid leukemia and given a poor prognosis. The Rebbe blessed the boy with long life, and despite the doctors' strong recommendations, advising against a bone marrow transplant. Steinsaltz and his wife listened to the Rebbe's advice. Their son was cured, eventually married and had children. There was another boy in the same hospital unit with a better prognosis, who the Rebbe did not bless. He said he would "raise the issue again at his father in law's grave." The boy unfortunately died that same year. Interestingly Steinsaltz claims that years later the doctors admitted that in his child's case "their approach had been wrong."

"Were these really miracles? When the Rebbe made a prediction or gave great advice, it did not matter if it was based on the supernatural or good guesswork.... I believe much of his power came through Ruach Hakodesh, the holy spirit within a person that connects him to a reality beyond our world," he speculates.

Despite his own experience and theories, and with a little of that cynical humor that makes Steinsaltz so lovable, he determines:

"But to define something as a miracle-and not just chance-we would have to begin a statistical accounting. No one, yet, has done that for the many miracles attributed to the Rebbe. If the Rebbe gave ten thousand blessings, how many outcomes materialized clearly and relatively quickly? How many positive outcomes will be there among the totality of blessings, compared against a controlled population?

"When we adjust the data for coincidences and other factors, the chances of correlating events and outcomes shrink considerably. After all, when the Rebbe meets a young, healthy couple and blesses them with children, even someone who is not a miracle worker has a better-than- even chance of being right....

The Rebbe's outstanding memory and ability to integrate information may have also played a role. He met thousands of people over the years, and each was a source of information....

"Perhaps many of the 'miracle' stories therefore do require a more cautious approach." 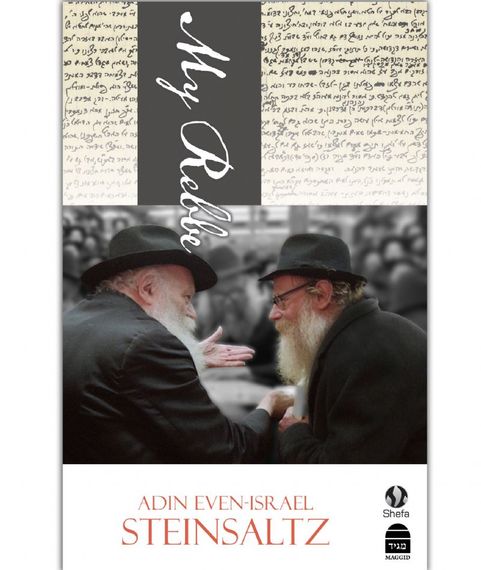 I recommend Steinsaltz's book to anyone who wants to understand the Chabad philosophy and mindset. Even Chabad insiders -- devotees, Baalei teshuva and yeshiva students -- will find themselves enlightened by it. In my opinion, "My Rebbe" should be mandatory for Chabad rabbinical students. Too many of our brightest are turned off by the larger than life Messianic propaganda taught in our schools. The Rebbe was an excellent strategist, visionary leader, brilliant scholar, but someone who lived his life for others. This publication will go a long way in helping those who never knew the Rebbe, understand him as a human being and to appreciate his powerful personality.