What if there was a cure for a terrible disease you or a loved one suffered from--but a politician passed a law against that cure?

Sound ridiculous? Maybe not. Consider Missouri Senator Roy Blunt (66), Republican, who has been in office for more than twenty years, and who seems to judges medical science by his ideological opinions.

This year, he has an opponent, Democratic Secretary of State Jason Kander (35), who is in synch with modern science. Kander "has consistently applauded the life-saving work of scientists in the field" and strongly "supports funding for embryonic stem cell research" . 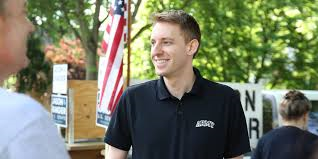 Unfortunately, Senator Blunt's advance is being heavily funded by the billionaire Koch Brothers, Karl Rove, Sheldon Adelson, and other ultraconservative groups and individuals. Through Political Action Committees (PACs) they can pour in as much as they want--either to support Blunt or to oppose his rival.

To date, Mr. Blunt's re-election hopes have benefited from the astonishing sum of $13,764,838--think how many ads thirteen million dollars can buy!

Is the Kander/ Blunt race important?

It is if you are among the one in three Americans with an incurable disease.

"...chronic diseases affect approximately 133 million Americans, ...more than 40% of the total population of this country."

Suffering cannot be quantified; but the financial expense is enormous.

"...chronic disease accounts for approximately 75% of the nation's...health care spending--an estimated $5,300 per person in the U.S. each year."

If we could alleviate just one chronic disease, we would save staggering amounts of money, ease suffering, and save lives.

That's why stem cell research scientists are fighting for cure.

My son Roman Reed is paralyzed, having broken his neck in a 1994 college football accident. Ever since that terrible day, we have been fighting for cure. We were fortunate enough to pass a law named after him, Assembly Bill 750 (Dutra, D-Fremont) the Roman Reed Spinal Cord Injury Research Act of 1999.

"Roman's law" paid for the first state-funded embryonic stem cell research in America. On March 1, 2002, I held in my hand a rat which had been paralyzed, but which walked again, its nerves re-insulated by the embryonic stem cells.

Roy Blunt would shut such research down.

Fortunately, he does not control California. Thanks to embryonic stem cell research paid for by the California stem cell program, (the California Institute for Regenerative Medicine, CIRM), numerous therapies are moving along.

The proposed therapy has cleared its first two sets of safety studies (with small to moderate doses of the cells), and is now ready for the next stage, full-strength administration, to see if it can help someone with the devastating condition .

Diabetes: a therapy using embryonic cells is in clinical trials...

as well as several ongoing efforts to alleviate blindness!

How do the people of Missouri feel about stem cell research? They are for it, and their support is actually written into the State Constitution.

Roy Blunt is out of touch with the people of his state.

With Missouri's wealth of respected research institutions-- the University of Missouri, Stowers Medical Institute, Washington University in St. Louis, and more-- the state should be a world leader in regenerative medicine, and with all the biomedical jobs and revenue that implies.

Instead, the Stowers Medical Institute declined to build a $300 million medical research institute in Missouri, precisely because of the negative political atmosphere brought about by the anti-research votes of Mr. Blunt and others.

And there is something else that bothers me about Roy Blunt.

I voluntarily served three years in the U.S. Army in the early 1960's, when the possibility of being sent to Viet Nam was strong. I did not go to Viet Nam, but still I served.

Roy Blunt? He applied three times for a student deferment so he would not have to do any military time. Not only that, when asked about it, his office somehow forgot to mention how hard Mr. Blunt had worked to stay out of the Army. They put it down to a high draft number, instead of the applications Blunt successfully filed to avoid military service.

What a difference from Jason Kander--who joined up to serve in the military when our country was attacked on 9.11.

Personally I will always vote for a fighter, as opposed to somebody who runs.

If you live in the "Show Me" State, consider volunteering for the Kander campaign.

And one thing more. Like most people providing care for a family member with a chronic condition, I am not rich.

But I was so impressed with Jason Kander that I sent his campaign $25. It is not much, but if enough people chip in similar small donations, we can get the message out.

If you agree with me that America--and Missouri!--is best served by a strong new voice in the United States Senate, stand up for Jason Kander today.

Don C. Reed is the author of "STEM CELL BATTLES: Proposition 71 and Beyond: How Ordinary People Can Fight Back Against the Crushing Burden of Chronic Disease", available now from Amazon.com.