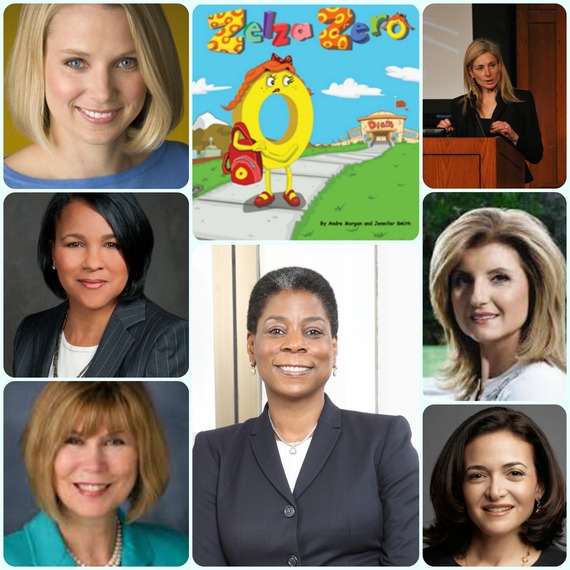 I have to say that I was incredibly thrilled to see Marissa Mayer's face at the center of CNBC's recent broadcast correlating better returns with the hiring of good-looking CEOs, and that's not because I own stock in Yahoo. I was thrilled because Marissa Mayer represents a changing tide in how women who have chosen STEM-based educations and careers have formerly been perceived. Although slow in the conquering, perception is finally catching up with reality, leaving the mousey, socially inept female scientist, technologist, engineer, or mathematician behind and in the wake of a more suitable, real-life character image demanded by today. Now, if we can only inspire more young girls to take note while realizing the added benefits -- both obvious and not-so obvious -- of embracing STEM studies and joining the ranks of female STEM leaders, we might begin to see the progress of our needed transformation in ways that, once again, drive us to the forefront of our global competition.

Beyond all of the biases, misinformation, and failings attributed to the sluggish growth of women in STEM-based educations and careers is the lack of clear understanding as to how incredibly remarkable, liberating and fulfilling involvement in these fields can be for women. Positive role models play a pivotal role in amassing appeal in this regard and gifting young women with those positive role models at the earliest of ages is especially beneficial when fostering confidence and ability and fighting negative stereotypes historically associated with holding girls back from pursuing STEM studies more seriously beyond elementary school.

Brands such as Zelza Zero -- featuring positive female role models supporting STEM learning at the preschool level -- are critical to the eventual and permanent closure of the vast gender gap plaguing the STEM job market to date. The incredible women changing the face of technology such as Ursula Burns, Chairman of Xerox; Marissa Mayer, CEO of Yahoo; and Sheryl Sandberg, COO of Facebook, further this evolution as they impact our lives on a daily basis while demonstrating a new-found confidence, beauty, intellect and skill previously unexpected of women entering such fields.

Equally as important to point out are "market changers" who ventured into careers outside of conventional STEM industries, such as Rosalind Brewer, President and CEO of Sam's Club, who earned a bachelor's degree in chemistry prior to commencing on the road of becoming one of the first ladies of retail. Arianna Huffington, The Huffington Post's namesake and current President and Editor-in-Chief of Huffington Post Media Group, studied economics on her way to becoming a media mogul. The New Jersey Regional President of PNC Bank, Linda Bowden, might not have begun thinking she would end up being named one of the "25 Women To Watch" by U.S. Banker magazine, but she was, and she even managed to write two math books for elementary school children along the way. And, unlike so many other teenage girls growing up amidst a flurry of glossy fashion magazines, I hardly doubt that Lisa Randall -- groundbreaking theoretical physicist and leading expert on particle physics and cosmology and the Frank B. Baird, Jr. Professor of Science on the physics faculty of Harvard University -- ever spent a day throughout her youth contemplating her chances of being featured in Vogue as a grown woman, and yet she was, and for the kind of beauty that extends well beyond her pretty face but out into the universe.

Gone are the days when obtaining STEM educations for women meant being chained to desks or sequestered away in research labs never to be heard from again. Once, the achieving of a STEM degree might have meant working amongst the boys in cold and uninviting environments. Today, doing so just might mean skating your way onto the Olympic committee like Ursula Burns, or sitting on the board of the New York City Ballet like Marissa Mayer.

These types of studies offer up interesting and exciting lives. They also provide financial independence and security where other careers do not -- something to consider when factoring in the harsh reality suffered by the forty percent of all U.S. households that are run by single mothers. Financial security is nothing to sneeze at, at any point in life but especially when one is coping with such fragile conditions as these via a single paycheck. Given that we successfully educate our girls to the ramifications of what going hungry actually means in the face of ensuring our own grandchildren eat, we may help to eradicate world hunger indirectly by increasing the number of young women who choose STEM-based educations and careers.

Needless to say, the importance we place on providing positive role models for young women currently considering STEM-focused studies cannot be denied. Equally so should be the significance we place on the unique perspectives and critical contributions these women will, unquestionably, bring to the table as a result of gender differences now recognized and integrated into future decision-making and the implementation of solutions of which we will all, ultimately, benefit.

No doubt, the time is now for young women to heed the call. And with role models like Marissa Mayer, Rosalind Brewer and Lisa Randall lighting the way, the correlation between young women and STEM educations (if not careers) just got a whole lot brighter, not to mention even more exciting and beautiful to boot.