"The majority of you will be making more money than your partners. Sit with it," said panelist Michelle Kydd Lee during last Thursday's professional development panel at the UCLA Anderson school. There was a pause as the almost two-hundred young women in the audience let that realization sink in. The panel event, dubbed "View from the Top: The Future Wears Heels," presented by Step Up Women's Network and SMARTY, was an evening of mentorship from women at the top of their fields. Panelists Michelle Kydd Lee, founder of the CAA Foundation, celebrity family lawyer Laura Allison Wasser, Natalie Pace, author of You Vs. Wall Street and founder/CEO of Women's Investment Network, and Gina McLeod, principle at Deloitte Tax were moderated by Huffington Post Senior Editor Willow Bay.

On the younger generation in the workforce:
Gina McLeod: "We've practically turned our organization on its head in order to become nimble with respect to the new generation that's coming in. We have recognized that the new generation has a real desire for an immediate gratification. They want to be part of the team that's thinking about strategy, and they don't want to wait until five years from now. They want to do it today."
Michelle Kydd Lee: "My experience with young people entering the workforce is that they are desperate for 'The Plan.' The thing we have to say over and over again is that there absolutely is no plan. There's absolutely no guarantee. And there's no chance whatsoever that I can tell you what your plan is going to be... If you need to know the plan, maybe you need to go to medical school. Or the military."

On how to find a partner who is comfortable with your success:
Michelle Kydd Lee: "Telling you the truth in this room, there are a lot of men who don't get it... On first dates with my now-husband, I said, 'I'm not dumbing down for you... I can't pretend that I'm going to be a different woman for you.' "
Laura Allison Wasser: "If you're not feeling the love, move on. At least you know. Because otherwise you'll just end up being disappointed later, and you're going to have to call me [for a divorce]."
Gina McLeod: "When you're a powerful woman, however you define power, you have the luxury of knowing what you want and not needing somebody to pay your bills while you wait to find it."
Natalie Pace: "The five things you're supposed to ask a potential husband candidate: tighty-whities, boxers or commando, Mac or PC, sheets tucked or untucked, toilet paper under or over, and what's your relationship with your mother?"

On how to take leave when you have a baby:
Laura Allison Wasser: "If you have a job, don't quit your job to have a baby. You stay in your job, and you say 'I'll see you at the end of my leave,' to whoever you work for, including if you work for yourself. If you decide during that time when this person is now in your life that you don't want to go back to work, make that decision later. But don't make it beforehand, because you have no idea what you're going to be like and not going to be like."
Natalie Pace: "There is never a right time to have a child. It's just impossible to figure out 'what point in my career am I going to have children?' Just know that you're not going to have all the right answers, and yet somehow we've managed to put about seven billion people on the planet."

The panelists also put a huge emphasis on the evolving nature of their goals and careers over the years. Gina McLeod said, "What we all thought we were going to be doing when we were 23 years old is absolutely not what we are doing today." One of the final anecdotes of the evening aptly illustrated this:

It was 1995 and Michelle Kydd Lee had just gotten back from a month's work with war refugees in a Bosnian camp. The experience had both devastated her and convinced her once and for all that she was just not cut out for the kind of work she had aspired to in her twenties. She moved on to Hollywood talent agency CAA, which she described jokingly that night as a "glorified temp agency for fancy-pants people." She then went on to create the Foundation for the Creative Artists Agency, which serves to integrate volunteering and good works into the corporate culture of the company as well as help connect artists to causes they can champion with their celebrity. Two years after her trip to Bosnia, which Michelle still thought about often, she got a call from a 23-year old actress who had just gotten back from shooting a film in Cambodia. The actress wanted to know what she could do to help alleviate the poverty she had seen in that war-torn country, and Michelle was able to share about her time in Bosnia and connect her with the United Nations High Commissioner for Refugees. That actress was Angelina Jolie. 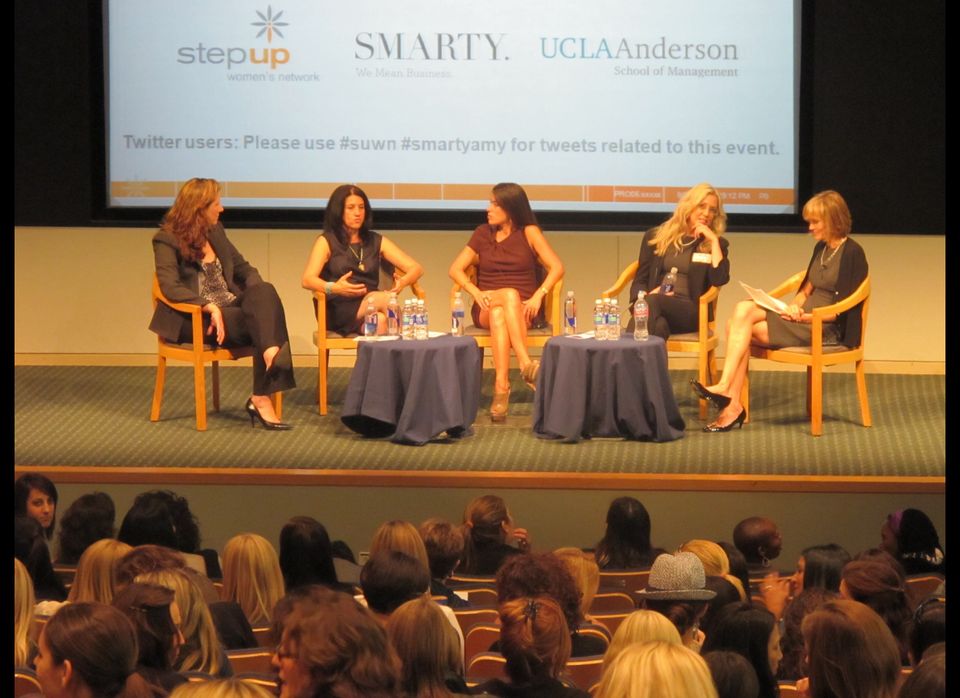