Already, that menu sounds pretty great. But Mathew Rice, Izard's pastry chef at The Girl and the Goat, really went above and beyond for the couple's wedding cake. One layer featured strawberry Nesquik with a chocolate marble and bacon buttercream frosting.

Sound nuts? That's nothing compared to the second layer, which featured chocolate ganache with peanut butter and chocolate-covered Cheez-Its. CHEEZ-ITS! We're gonna go ahead and call this genius.

Here's the Cheez-Its layer up close: 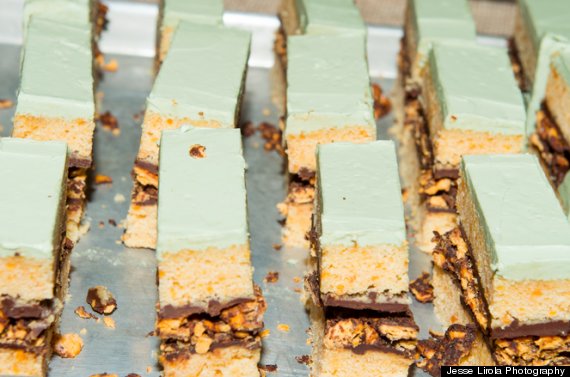 And the cake as a whole: 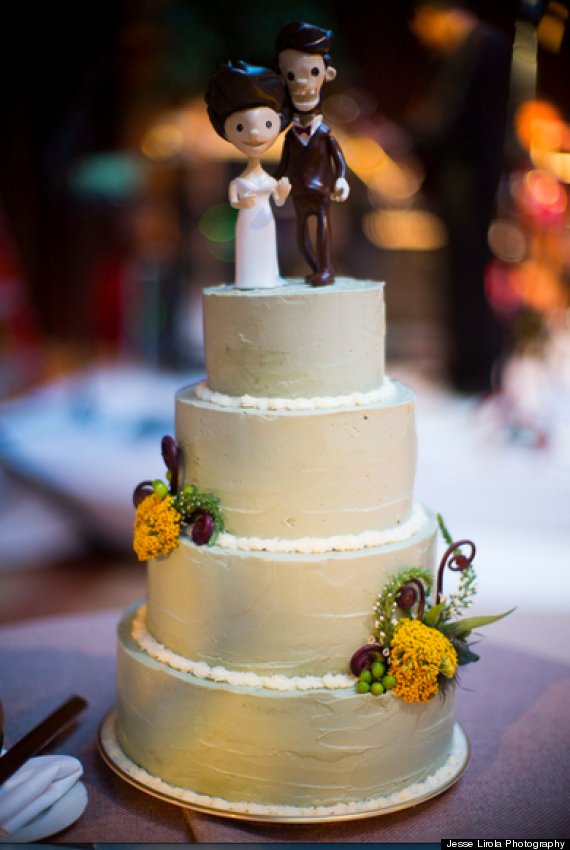 You might want to remember Rice's name the next time you find yourself in Chicago -- he's currently working on an early autumn dessert inspired by the peanut butter and jelly sandwich. It's a salted peanut semifreddo, which is composed of peanut butter caramel, concord grape granita and brioche doughnut holes. Now, if he manages to turn that into a wedding cake, we're really in business.


9 Showstopping Wedding Cakes
Voting Made Easy
Register to vote and apply for an absentee ballot today
Register now
More:
weddings
Newsletter Sign Up
A weekly guide to improving all of the relationships in your life
Subscribe to HuffPost’s relationships email
Successfully Subscribed!
Realness delivered to your inbox