Supermodel Stephanie Seymour, who is embroiled in a bitter divorce with estranged husband Peter Brant, has taken her clothes off for Vanity Fair.

Brant is a multimillionaire businessman and polo pony breeder who is seeking sole custody of the couple's three children because, he claims, Seymour is hooked on drugs and booze and has repeatedly cheated on pee tests to hide it. He also claims his estranged wife's shopping habit costs $257,000 a month.

Seymour, 41, accuses Brant of trying to turn their children against her and ordering the domestic staff to keep her away from them. Also, there is a dispute over a Maurizio Cattelan bust of Seymour said to resemble either a hunting trophy or the figurehead on a ship's bow.

Is getting naked the best revenge? Here is one photo and you can see more and read the Vanity Fair story here. 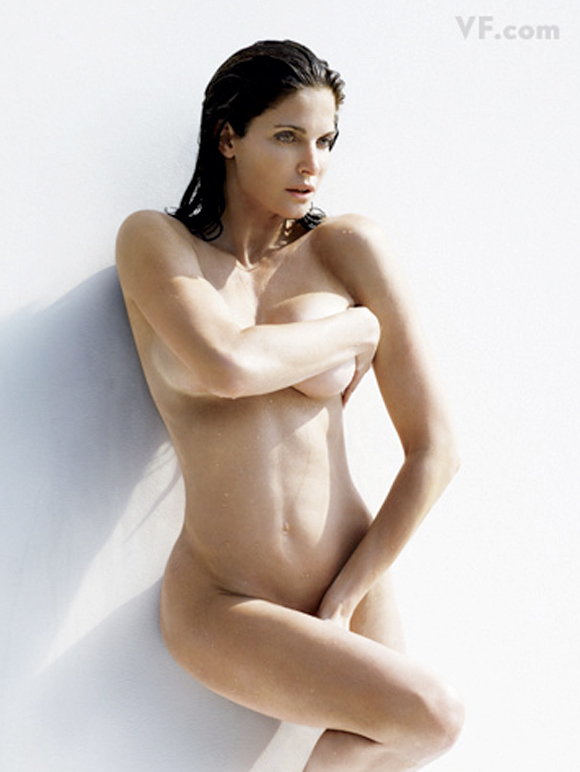