First she stunned in Jason Wu ads, then she signed as the face for Estée Lauder's fall campaign, and now supermodel Stephanie Seymour continues a fabulous run in a Harper's Bazaar feature with her two sons, Peter, 20, and Harry, 17. During the interview, Seymour and the boys talk about their distinct upbringing, entrenched in the fashion world (I mean, Linda Evangelista and Naomi Campbell are their godmothers...).

In particular, Seymour remembers the way the boys used to dress her up. "When they were little, they would lay out outfits for me," later adding "I'd wake up at 7:30 a.m. and they would have laid out a 1955 vintage Dior couture gown and all the accessories too," she said. Don't we all wish our sons could pull a vintage Dior out of the closet for us.

But could this anecdote be the explanation behind the photo shoot? In the spread, Peter and Harry are shown fixing up their mom in thigh-high lace-up boots, embracing her while she's scantily clad in a little black dress. 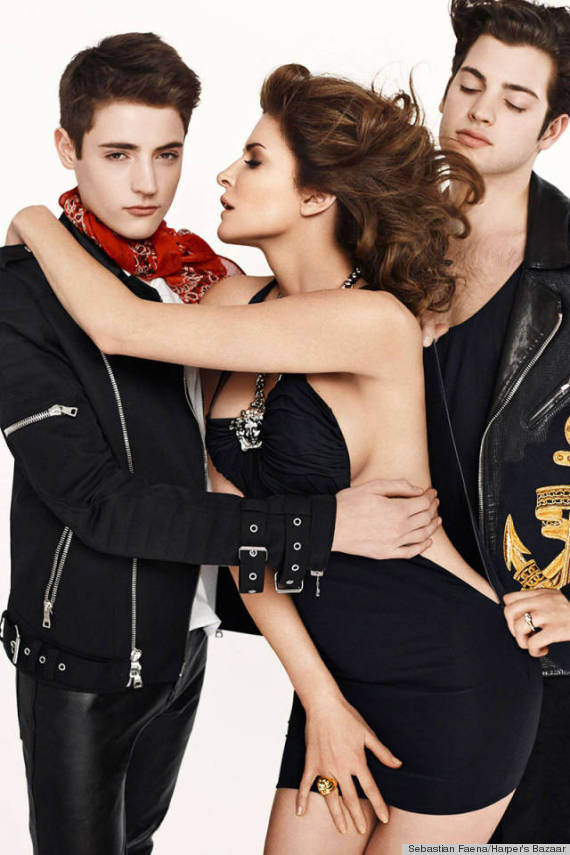 Back in 2011, Seymour and then 17-year-old Peter made similar headlines when they were spotted kissing in St. Barths, but the two stood by the photos.

Although the Harper's Bazaar photos caught some off guard, the three of them cranked out some fantastic poses and, let's be real, they all have that supermodel gene going on.

This mom has got some serious style: