Poor Stephanie Seymour. She probably didn't realize her dress was see-through until after the flashbulbs hit. But then, of course, it was too late.

We adored all the pics from the Chanel Tribeca Film Fest party (especially the ones of Kim and Kanye!), but somehow we missed these shots of 43-year-old model Stephanie Seymour. Luckily, we had the Daily Mail sounded the wardrobe malfunction siren, pointing out the model's peculiar red carpet look.

Seymour's sexy Chanel frock turned a little sheer under the cameras, revealing that Seymour wasn't wearing much in the way of a bra or maybe even underwear (although we can't tell for sure). But even if it was a mistake, it's NBD: for a 43-year-old mother of of four (or really for anyone, for that matter), Stephanie's got quite the bod.

Check it out -- do you think the revealing moment was on purpose or a "malfunction"? 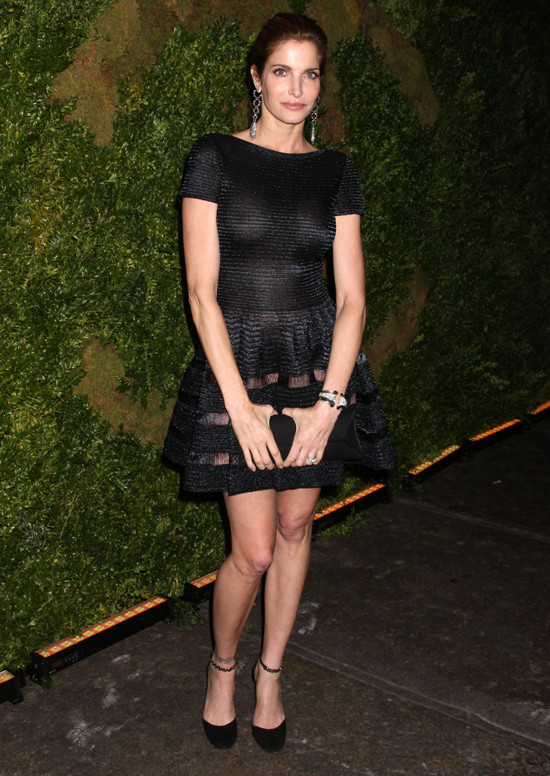