Things are officially not cool between Stephen A. Smith and Kevin Durant. On the heels of last week's war of words between the ESPN personality and the Oklahoma City Thunder star, Smith went on a WWE-style screed against the All-Star on Monday's episode of "First Take."

The battle between the two first started last week after the ESPN commentator said he was hearing reports of possible destinations for Durant, who is set to become a free-agent in 2016. Durant responded to Smith by essentially saying that he had absolutely no idea what Smith was talking about. He even accused Smith of lying.

Kevin Durant on the Lakers rumors: "I don't talk to Stephen A Smith at all. No one in my family, my friends do. So he's lying."

On Monday, in response to Durant's claims, Smith said that while he respected Durant, the superstar was wrong for how he acted while also sending what appeared to be a veiled threat.

Here are Smith's remarks in their entirety:

"Are you trying to tell me these large markets aren't a consideration? I said nothing offensive about him, I will not say anything offensive about him. I still stand here today telling you he's a good dude, but he's wrong. And the guys that put him up to it in their own way, I'm not talking about literally his comments, but in their own way with their chirping behind my back all the time, they're wrong too.

And the sensitivity that these guys are showing, they are making unnecessary enemies. I am not one of them, I won't be. I've got too much respect for who these guys are and what they mean to my community. But I will say this lastly, you don't want to make an enemy out of me. And I'm looking right into the camera and Im'a say it again. You do not want to make an enemy out of me. I'm not having it, I've done nothing wrong and I'm not going to tolerate it."

Grab your popcorn, this is getting fun.

Stephen A. Smith To KD: 'You Do Not Want To Make An Enemy Out Of Me'
Top Ten College Basketball Freshmen 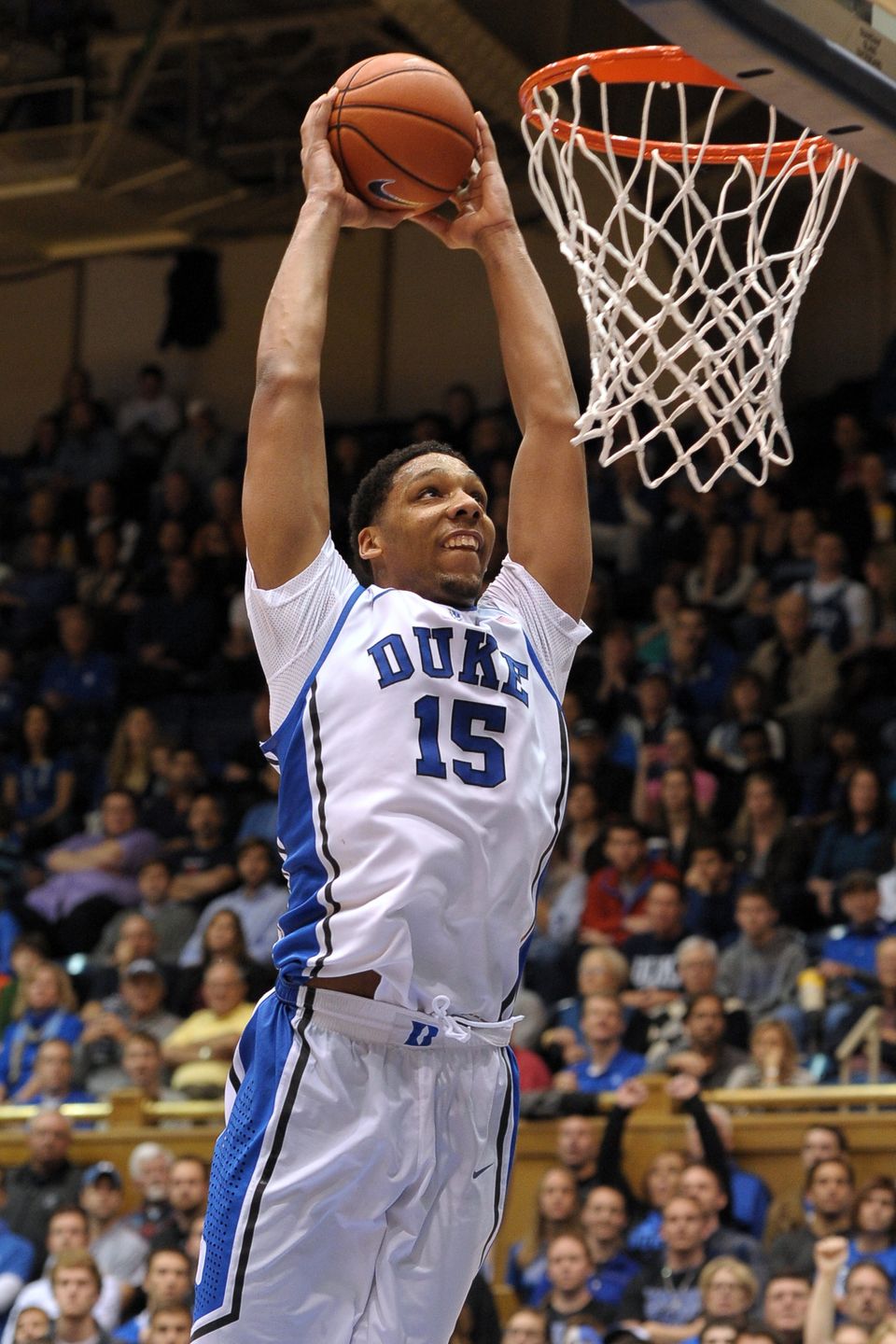 1 / 10
Jahlil Okafor, C, Duke
The 6-foot-11-inch Okafor, who just turned 19, is a Chicago native like Jabari Parker. And like Parker before him, Okafor has more than lived up to the massive hype, giving Duke its first truly dominant center in quite some time. The likely No. 1 pick -- with whom <a href="https://www.huffpost.com/entry/jahlil-okafor_n_5120356" target="_blank">HuffPost chatted</a> last April -- has displayed terrific footwork and interior moves from both blocks. Better yet, he's shown a deft touch around the basket. He possesses excellent hands and is already an elite rim protector. Okafor needs to become a truly dominant rebounder (he currently averages 9 per game), but the early returns for Coach K have been awfully impressive.
Lance King via Getty Images