Who: Stephen Elliott, founder of The Rumpus, author of The Adderall Diaries and recently, writer/director of San Francisco International Film Festival favorite "About Cherry."

Current Gig: Elliott directed and cowrote "About Cherry" with San Francisco pornography legend Lorelei Lee and debuted the film at the Berlin International Film Festival. The movie celebrated its North American premiere at San Francisco's Kabuki Theatre on Tuesday to a sold-out crowd.

Starring James Franco, Heather Graham and Ashley Hinshaw, the story follows a young woman launching a career in the adult fetish film industry at San Francisco's Kink.com. As a former sex worker, the subject is especially close to Elliott's heart.

You've described "About Cherry" as a love letter to San Francisco. Tell me about that. There's a scene in the movie that's set at the top of Dolores Park, overlooking all of the city –- one of San Francisco's most iconic views. The lead actor has a line about San Francisco really being the most beautiful city in the world. At the world premiere in Berlin, no one reacted to that line. But the North American premiere was in San Francisco. So when that line was spoken, the crowd just erupted. It was something else.

You were born in Chicago. How did you end up here? Fourteen years ago, my fiancé and I split up -- she went east and I went west. I was broke and living out of my car in the Castro. I didn't know anyone when I got here and I actually have no idea how this happened, but I never left. Now San Francisco has given me everything: I became a fellow at Stanford, I became involved with the Writer's Grotto, I started engaging with the S&M community and was able to come out as queer. That would have been much harder in another city.

What made you decide to make a film about San Francisco's pornography industry? I've known for a long time that I've wanted to write a story about Kink.com. It's a 250,000-square-foot studio that specializes in alternative pornography; there's nowhere like it in the world. In Los Angeles, pornography is huge, which makes sense because of the movie industry. But all of the films are shot in houses somewhere. At Kink, everything is in-house and everything is unique. There is a difference between a sex scene shot here and a sex scene shot anywhere else.

Furthermore, there are many sites on Kink.com. Some are men-only, some are women-only, some feature women in roles of power. But more importantly, Kink is extremely respectful of its workers, more so than most pornography companies. There are women directors, workers get benefits and, even though it doesn't look like it on camera, boundaries are openly discussed and never, ever pushed at Kink. The thing about porn is it's very empowering. You set all of the rules and the rules are absolutely followed. You say, "this is what you can and cannot do to my body." That is a very powerful thing.

James Franco is in "About Cherry," and now there are rumors that he's working on a new documentary about Kink.com. Are you involved in that project as well? I introduced James to Kink, but I don’t have anything to do with that project. [Laughs] Well I suppose I have everything to do with it –- I took him there! But he called me a few months after shooting the film looking for their contact info. It's pretty cool.

What are your favorite movies filmed in San Francisco? Well, "Maltese Falcon," right? I mean, that's a no brainer. It has to be one of the best movies of all time. "French Connection" is another good one. And "The Conversation." That one's up there with "Maltese Falcon." Not all the way, but close.

What are some of your other favorite local spots? I love Dolores Park; it's my favorite place in the city. And I love the Makeout Room and Blue Plate -- that's the best restaurant around. The Presidio, the Golden Gate Bridge. And I love the view on top of Bernal Heights. You just sit down and look out at the entire city.

You seem pretty smitten with San Francisco. What are some things that you don't like? I wish the rents were cheaper. I wish there was a moratorium on luxury condos. I wish we hadn't passed Don't Sit, Don't Lie [the city's ordinance prohibiting sleeping or sitting on the sidewalk after 11 p.m.]. I wish we weren't raging this war on homeless people. We have this problem with these high rents, and we seem to be combatting that by building luxury rentals south of Market. That doesn’t seem very effective to me.

BART or MUNI? Lately I've been exploring, but I'm really a bike guy. But now it's so easy to take your bike on MUNI; you just hook it on the front and go. We really do have a great public transportation system. I know it doesn't always seem that way, but you can just about get anywhere between public transit and a bike. You definitely don't need a car. I think that if you need a car to live in a city, that might be the sign of a bad city. I'm not going to name names, but they know who they are.

You started your online literary magazine The Rumpus here in San Francisco. How did that come to be? Funny story –- it started with The Huffington Post! I knew Arianna [Huffington] because I'd interviewed her at Esquire, and we'd talked about launching a book page. We went on this eight-hour drive together and I brought pages and pages of ideas. I talked her ear off, I just kept going on and on! Finally, I thought "wait a minute…why am I giving all of these ideas to her? I should just start my own website!" And thus, The Rumpus was born.

Watch a preview for Elliott's new film, "About Cherry," below. Then watch the movie at the San Francisco International Film Festival this week, and take a look at some of our other local favorites in the slideshow:

Stephen Elliott On 'About Cherry,' The Rumpus And Why San Francisco Is Porn's Ground Zero (VIDEO)
SF Fetish Film Festival 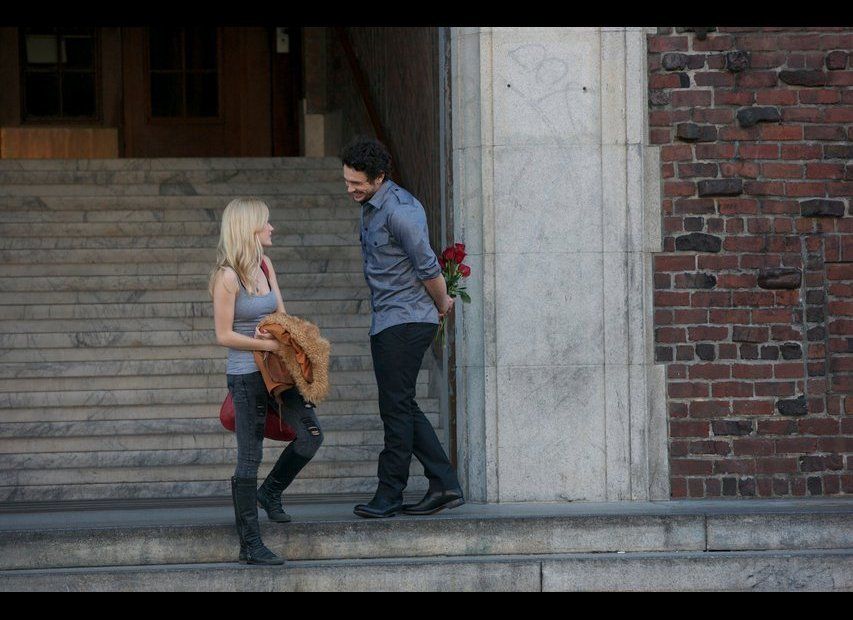 1 / 10
Cherry
This bold debut film by author Stephen Elliott, a visual love letter to San Francisco, is the story of high school student Angelica (a mesmerizing Ashley Hinshaw), whose choices lead her from a depressing home life and dead-end job in Los Angeles to the fetish-filled Bay Area adult film world. A stepfather with dark motives lurks in the background, as Angelica watches over her younger sister and questions her options. In memorable supporting roles are Festival favorite Lili Taylor as Angelica's manic and opportunistic mother, Jonny Weston as her sexy but sleazy boyfriend and Dev Patel as best friend and much-needed nonsexual support. The vibrant cast also includes James Franco as a coke-addicted attorney who spots Angelica in a strip club, and Heather Graham as a female porn director who launches Cherry's adult film career with mixed feelings. A gritty and defiantly voyeuristic look at the life of a youth who never loses her innocence, even as she gyrates for the camera, <a href="http://festival.sffs.org/films/film_details.php?id=12" target="_hplink">Cherry</a> captures a rare point of view, urging us to consider the delicate tension between body and self by focusing on society's most sought after objects of desire. -- Kim Bender
SFIFF