The following is an excerpt from Stephen Hawking's new memoir, "My Brief History" (out today from Bantam). It focuses on his time at Oxford, and when he first started noticing symptoms of ALS (amyotrophic lateral sclerosis).

In my last year at Oxford I noticed that I was getting increasingly clumsy. I went to the doctor after falling down some stairs, but all he said was “Lay off the beer.”

I became even more clumsy after moving to Cambridge. At Christmas, when I went skating on the lake at St. Albans, I fell over and couldn’t get up. My mother noticed these problems and took me to the family doctor. He referred me to a specialist, and shortly after my twenty-first birthday I went into the hospital for testing. I was in for two weeks, during which I had a wide variety of tests. They took a muscle sample from my arm, stuck electrodes into me, and then injected some radio-opaque fluid into my spine and with X-rays watched it go up and down as they tilted the bed. After all that, they didn’t tell me what I had, except that it was not multiple sclerosis and that I was an atypical case. I gathered, however, that they expected it to continue to get worse and that there was nothing they could do except give me vitamins, though I could see they didn’t expect them to have much effect. I didn’t ask for more details at that time, because they obviously had nothing good to tell me.

The realization that I had an incurable disease that was likely to kill me in a few years was a bit of a shock. How could something like this happen to me? However, while I was in the hospital, I had seen a boy I vaguely knew die of leukemia in the bed opposite me, and it had not been a pretty sight. Clearly there were people who were worse off than me—at least my condition didn’t make me feel sick. Whenever I feel inclined to be sorry for myself, I remember that boy.

Not knowing what was going to happen to me or how rapidly the disease would progress, I was at a loose end. The doctors told me to go back to Cambridge and carry on with the research I had just started in general relativity and cosmology. But I was not making progress because I didn’t have much mathematical background—and anyway, it was hard to focus when I might not live long enough to finish my PhD. I felt somewhat of a tragic character.

I took to listening to Wagner, but reports in magazine articles that I also drank heavily at that time are an exaggeration. Once one article said it, other articles copied it because it made a good story, and eventually everyone believed that anything that had appeared in print so many times must be true.

My dreams at that time, however, were rather disturbed. Before my condition was diagnosed, I had been very bored with life. There had not seemed to be anything worth doing. But shortly after I came out of the hospital, I dreamed that I was going to be executed. I suddenly realized that there were a lot of worthwhile things I could do if I was reprieved. Another dream I had several times was that I would sacrifice my life to save others. After all, if I was going to die anyway, I might as well do some good.

Excerpted from "My Brief History" by Stephen Hawking. Copyright © 2013 by Stephen W. Hawking.
Excerpted by permission of Bantam, a division of Random House LLC. All rights reserved. No part of this excerpt may be reproduced or reprinted without permission in writing from the publisher. 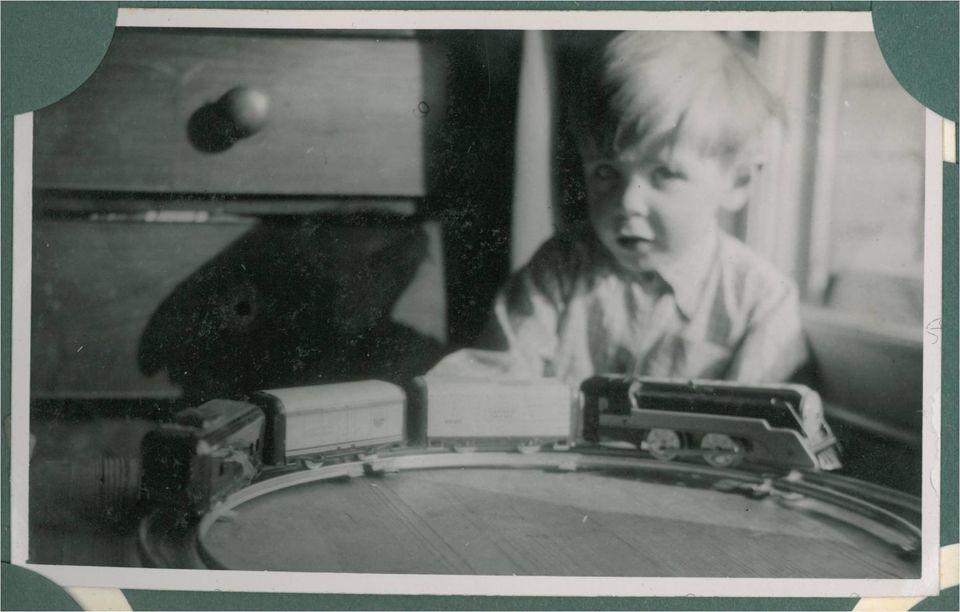 1 / 7
A young Stephen Hawking with his train set