More often than not, the old saying holds true: Mom knows best. Frequently referred to as "mom-instinct," it's just one of a plethora of motherly superpowers, and one that we learn to trust and depend on as our kids get older. But when you're in a co-parenting situation, those instincts don't always fall in line with what the other parents are thinking, especially when a big decision is on the line. In fact, sometimes those instincts lead co-parents to the opposite ends of the spectrum. So what do you do when you don't know who knows best?

Katie (mom): When my son Jackson was graduating from elementary school and moving up to the middle school, I totally lost my cool. The idea of my awesome sweet kid going to this large public school where he would be just a number and surely get lost in the shuffle had me filled with anxiety. So I did what any Mom would do -- turned to google.

I began researching other options. There are a few great private schools in our area, so I made phone calls and re-arranged everyone's schedules to plan the visits. Since Jackson has a Dad, Stepmom, Mom and Stepdad, all who make key decisions together, this meant coordinating four quite busy schedules.

Julie asked me a few times why I was looking into other schools, as she felt pretty strongly that the middle school was a good fit for Jackson. I did not like this one bit, after all I am the Mom, and Mom's know best. So why did I have to explain myself to anyone? Gut feeling... I just know... just because.... I couldn't get more specific than that, and to be honest, I didn't feel like I had to.

It didn't help that Julie is an English teacher in our school district's high school, so it was hard to argue with her that going out-of-district would be the best option without insulting her. I was starting to wonder if she suspected that the only reason I needed to go on a mass private school hunt was to ease my own anxieties, or perhaps prove that I was right.

After multiple tours, visits, and interviews, I started to cool my mom-mission jets and ask myself the most important question: can I picture Jackson walking around these halls, happy, smiling and motivated? And the answer was an unequivocal no. It didn't seem like the right fit for him. At this point in the process, he was already a few months in at the public school and had not gotten lost in any sort of shuffle. He belonged there, and deep down I knew it. He came home happy every day and loved his teachers -- which was all I really needed to see. I gave a long overdue thank you to the three pseudo-therapists who held my hand through the "options" phase (but hey it was a fun road trip right?!). Moral of the story, whether or not us moms like to admit it, sometimes it might be possible that stepmom might just know best.

Julie (stepmom): One of the trickiest parts of being a step-parent is figuring out where you fit in the whole parenting puzzle. I often used to wonder what role I should play in Jackson's life. Which decision-making powers do I hold? Since I'm not a biological parent, do I really have the right to say that I know what's best for him? When I first became Jackson's stepmom, I was very hesitant to make any decisions for or about Jackson without consulting one of his biological parents. I didn't know whether I could sign school permission slips or invite one of his friends over or let him try a new kind of candy. I didn't know if it was my right.

Over time, I eventually became more comfortable with being a stepmom and making the lower level decisions on my own. The big decisions, however, are always a team effort. As in any co-parenting situation, we have butted heads about things like conflicting vacations, discipline issues, differing bedtimes, and missing pants -- but we were always able to talk it through and reach a consensus fairly expediently.

Then Katie said that she thought Jackson should go to private school, and thus began the Great Private School Debate of 2013. I felt strongly that I knew what was best for Jackson, and Katie did not agree with me. It was a showdown of mom-instinct vs. stepmom-instinct... and I started losing sleep. Lots of it. This was a huge decision. Even though we were all communicating very civilly, I started to worry that we were at a stalemate and this was going to drive an irreparable wedge between us all. I made charts. I wrote long, carefully worded emails. And, most importantly, I opened myself up to the possibility that I was wrong, which does not come easily to me. However, I believe mother's intuition to be one of the strongest forces on the planet. Katie is his mom and if she was feeling this way, it was not something we could ignore.

So we toured the other schools, met with the administrators, deferred to Katie's intuition and begrudgingly opened ourselves up to the chance that Jackson would be better off at a private school. It wasn't my instinct or Katie's instinct that took precedence. The most important goal was Jackson's education and happiness. After lots of thorough research, conversations with Jackson, and four-parent meetings, we concluded that it was best for Jackson to stay where he was.

Conclusion: As humans, we love being right. It feels great to be right. But a co-parenting relationship cannot hinge on which parent is right in a given situation, because if co-parenting spirals into scorekeeping, everybody loses. Especially the kid. The goal of all parents should be for our kids to win at life. So when parents work together to reach decisions despite differing opinions - sometimes wildly different opinions -- everybody wins. 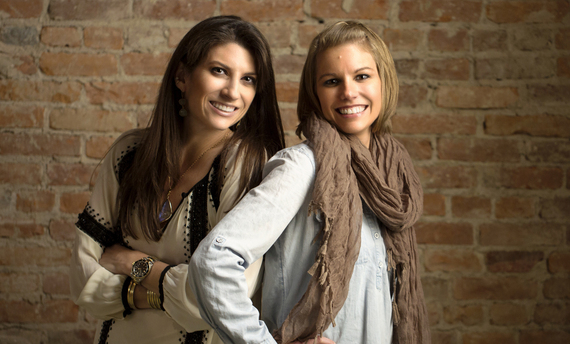 More:
divorce
Newsletter Sign Up
An essential daily guide to achieving the good life
Subscribe to our lifestyle email.
Successfully Subscribed!
Realness delivered to your inbox