Is it immoral to consume violent entertainment that can result in dire, even deadly consequences for its participants? Is it immoral to cheer for a dazzling show knowing it could cause its stars to develop dementia or memory loss or depression?

That is to say, is it immoral to watch football?

In a punchy new manifesto, New York Times bestselling author Steve Almond argues that it is.

“This book is partly an attempt to say, 'Something is off here,'” Almond said in an interview with The Huffington Post. “Why is our most popular form of entertainment this unnecessarily violent, degrading spectacle that churns through the players who play it?” 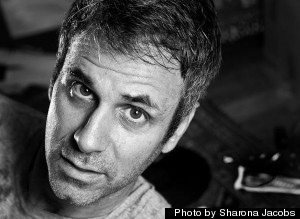 Almond didn’t want to have to write this story. A diehard football fan since he was 6 years old, he spent the last few decades rationalizing his love of the game so he could keep on enjoying it. But as a growing body of research linked head injuries to cognitive issues such as dementia, Alzheimer's and depression, it became harder and harder for him to ignore his conscience.

In his latest book, Against Football, Almond explains why he is ditching the sport for good. His moral qualms with football are multifaceted. There is the toll football takes on the players’ bodies and brains. There is what Almond calls the NFL’s nihilistic greed: “Do they feel no shame in snatching taxpayer money they don’t really need from impoverished communities?” he writes. But beyond that, Almond worries that football negatively influences America’s attitudes about violence, hyper-masculinity, racism and homophobia.

Throughout the book, he appeals to fellow fans to consider football’s moral complexities before kicking back and enjoying the show.

“I think there’s a silent majority of football fans who feel increasingly queasy about watching it,” he said. “There’s a fundamental moral crisis of decision that individual fans have to make: Can I sponsor this game?” 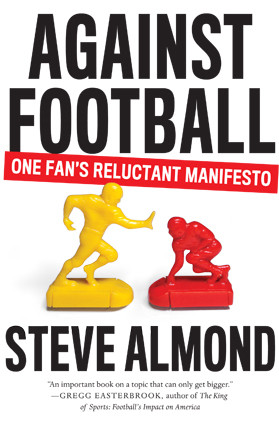 By coming down hard on America's favorite game, Almond is wading into dangerous territory. Yes, the NFL has had a lot of bad press in the last few years, but that has not dented its popularity one bit. In a recent survey conducted by the Harris Poll, the NFL ranked as the most popular American sport for the 30th consecutive year in a row. The 2014 Super Bowl was the most watched TV show in U.S. history, with 111.5 million viewers tuning in.

But as a true devotee of the game, Almond is well-positioned to deliver the blow. In each line of the book, his genuine love of the sport shines through.

For Almond, it took a personal brush with brain trauma to realize he could no longer mindlessly enjoy football.

Two years ago, his mother fell in an accident and developed acute dementia. When Almond visited her in the ICU, she didn’t even know who he was.

“People talk about the soul or the spirit being in our heart. No; it’s in our brains,” he said. “The brain makes you who you are. When that’s gone, you’re gone.”

After seeing his mother in such a condition, brain trauma was no longer an abstraction.

“Once you see how devastating it is, it becomes much harder to put the genie back in the bottle and say, 'Let’s just have some chicken wings and watch the game,'” he said. “We haven’t even caught up to what the real medical risks are.”

This football season will be the first time since Almond was a child that he will not be watching the NFL. While the book doesn’t ask fans to boycott football, it implores them to take a closer look at what exactly they are supporting.

“America is good at making us feel OK with things we really shouldn’t feel OK about,” he says. “It’s what we’ve done for years with cigarettes, what is still done with our consumption of fossil fuels and meat. It’s all about giving people the pleasure and airbrushing out of the picture the moral costs.”

He says people who believe the game can’t change are simply cynical. “That is what people always say," he said. "Moral progress is inconvenient. It requires people taking stock of their own behaviors and making inconvenient decisions that are hard in the short term and beneficial in the long term. America as a rule sucks at it but can be very good at it when sufficiently roused.”

And that’s the point of his book.

“Football is a remarkably exciting game, but it also reinforces a lot of basic American pathologies around race, violence, greed, sexuality, sexual orientation, and we give a free pass,” he says. “We don’t even think of it as something that deserves moral scrutiny, when it’s the biggest thing in America. And that’s nuts.”