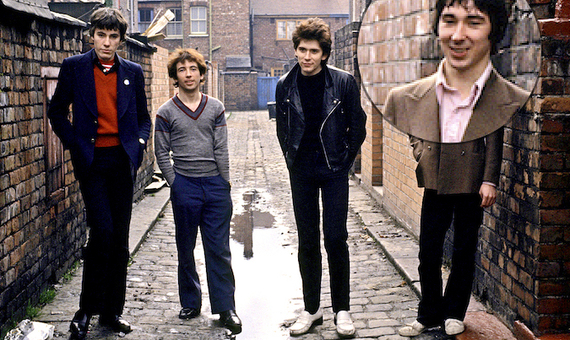 Key flint to the punk fire that razed the world in the 70s, Buzzcocks were responsible for bringing the Sex Pistols to their homeground of Manchester in 1976, for two shows at the city's Lesser Free Trade Hall now famed for the crowds they drew. Morrissey was there, as was future Factory Records founder Tony Wilson - and Peter Hook and Bernard Sumner, who would go on to form Joy Division with the late Ian Curtis. Indeed, original Buzzcocks Pete Shelley and Howard Devoto met Steve Diggle at the first of those shows, recruiting him to replace their newly absent bassist. Devoto also left the band shortly after, but Buzzcocks went on to record a number of hits, including 'Fast Cars', 'Ever Fallen In Love' and 'Orgasm Addict'. Steve and Pete continue to front the band - approaching its 40th anniversary - and are now joined by Chris Remington (bass) and Danny Farrant (drums).

After an initial conversation about the pros and cons of space travel, I reconvened with Steve to hear his take on the rise of punk in Manchester, how scooter theft led him to play guitar, and what consumer culture means for music today.