What Steve Doman has done with what was previously a one-room, 26-feet-by-26-feet cabin is truly out of this world.

Doman, 69, has lived in the Guffey, Colorado cabin for 26 years. He has spent the last 14 of them adding on seven rooms -- most of which follow a Star Trek theme. He's spared the kitchen, though. For now.

It was mostly put together using junk -- everything from old pipes and curling irons to old car parts he found beside the road. 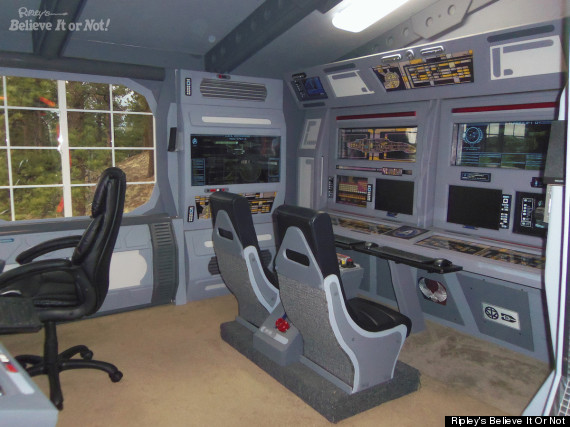 "Journalists have said it's a replica of the Enterprise bridge," Doman told HuffPost. "It's not. I call it 'the Federation Room,' but it's my idea of a 26th century housing project."

His current project is building sleeping quarters that are fit for a Klingon ambassador.

Doman's "Federation Room" has gone boldly where few hobbies have gone before. Stories about his unique building have been published all over the world and he is currently hosting a gathering of 40 Klingons from Utah and New Mexico this weekend.

But the real sign of pop culture immortality may be the home's inclusion in the newest Ripley's Believe It Or Not! book, "Reality Shock!" debuting Sept. 9. 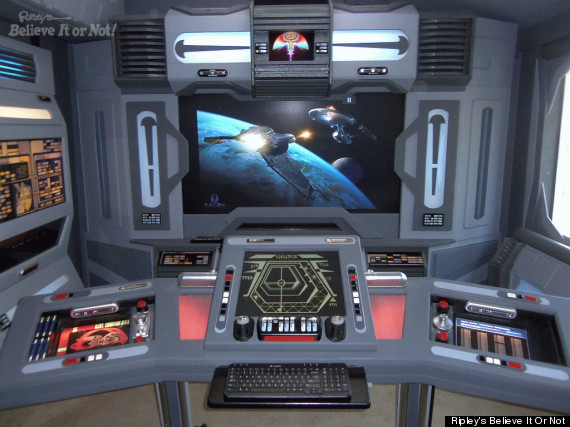 It's a humbling honor for Doman, who has earned millions building fences and barns.

"This is a hobby for me, but I've gotten more notoriety from it than anything else I've done," he said.

What may be most amazing about Doman's house isn't the way it looks, but the way it was built. He didn't use blueprints -- it was all in his head.

"I do everything in my head," he explained. "Ever since I had a rabies shot when I was 14 months old, I've had worse than a short-term memory. I can't read very fast and every time I do Jello, I have to look at the box for directions." Doman started building "The Next Generation" of cabins as a way to occupy himself during the winter months when it was too cold and snowy to build fences.

Although he had to watch a lot of "Star Trek" episodes in order to get inspiration, and posed for the new Ripley's book dressed as a Klingon, he insists he's not a "Trekkie." 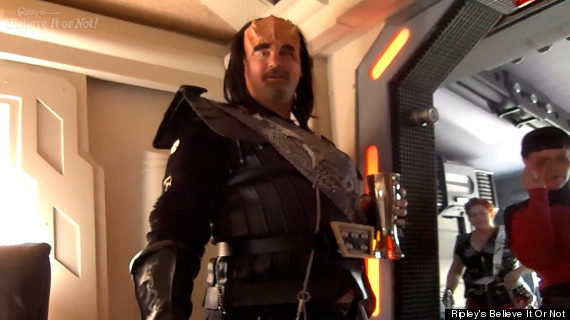 Doman has been married four times, but says he hasn't dated since his last marriage ended in 1984.

"You think a woman would put up with my house?" he asked with the sort of unerring logic usually associated only with Vulcans.

He's made plans to leave his pad to someone special, but doesn't know what she will do.

"The cleaning lady gets my house," he said. "She's deserves it after all she's done for this town. Whatever she wants to do with it after I'm gone is all right with me." 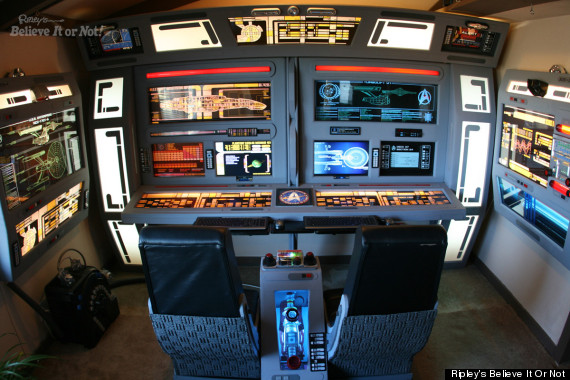 Steve Doman Builds 'Star Trek'-Themed Cabin Out Of Junk -- But Isn't A 'Trekkie'
Unbelieveable But True Images From Ripley&#039;s