Recently in Ft. McKavett, Texas, I joined a large group of family and friends for the burial and farewell to the late, great Steven Fromholz, legendary Texas singer and songwriter, husband, father, grandfather, friend, river boatman, sometime golfer and fulltime lover of life. I can't begin to describe all the great things Fromholz did or wrote and sang about; can't make a proper accounting of the love and laughter he engendered far and wide; can't really imagine how much his family and fans will miss him. 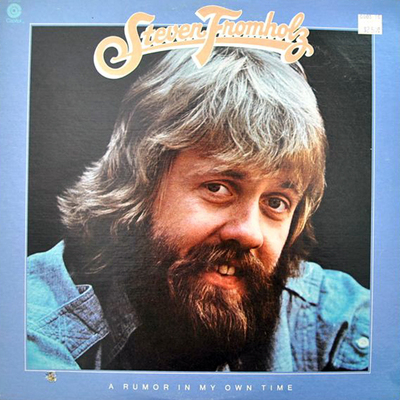 Like everyone he touched, Fromholz put his mark on me in many wonderful ways, and I don't think I can say goodbye without thanking him. I don't even know where we met -- As Butch Hancock said today at the service, we were all running into each other in the '70s at the Kerrville Folk Festival and other gigs far and wide. One late night in a honky-tonk, Fromholz saw a crazed look in my eye and realized I was maybe a little lost in life.

"When was the last time you slept?" he asked me. When I told him I wasn't sure, he said I needed to come out to Willie's and join the gang for some golf. I hadn't played golf in eight years, but the next day I was on the first tee at Pedernales Golf Club with Fromholz, Willie Nelson and Bud Shrake, a golf game as good as it gets.

Having rediscovered the game for a lifetime, I soon wised up and traded the nightlife for the right wife. When Christy and I danced our first dance at our wedding, Fromholz was singing "I'd have to be crazy, plum out of my mind, to fall out of love with you."

Thirty years later, we're still married, and we're still in love. When Fromholz sang, it stuck with you.

Just a few years later, I stole Fromholz's name. Hanging out with Steve, Willie and Bud inspired me to do what I'd always wanted to do, which was to write. The writing really took off when I published a novel called "Fast Greens." One of the main characters was named Fromholz, but I had good reason. We were planning to make a movie of the film, and I didn't want some Hollywood studio exec saying Fromholz wasn't good enough to play that part. He WAS Fromholz.

Steve and I did quite a few shows together over the years, but our command performance was in 1993 when we joined hands with a group of adventurous Austin types and mooned the Klan in front of the Texas Capitol. That's right, the KKK was coming to town, and rather than protest and scream expletives at their racism and hatred, we decided it'd be better to turn the other cheek. 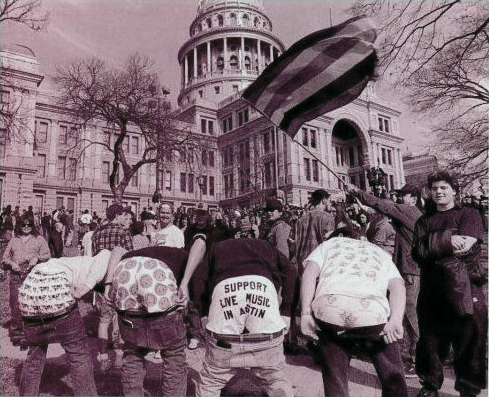 "It came to me as a flash... of light," said Fromholz, who dreamed up the mass mooning. "If you don't feed their hate, they'll starve to death."

You can read my full account of our public mooning from a story I wrote for the Austin Chronicle. It's online at my almost abandoned website: www.turkpipkin.com/mag/fun/klan.htm

Let me summarize by saying that Fromholz's idea was beyond sublime. Our group began by singing, "If you're happy and you know it, Moon the Klan." Unable to reach the front row of the counter-protest, we brought up the rear by dropping our drawers. Many of us were wearing boxers. Mine had smiley faces on them. One guy's drawers said, "Support Live Music in Austin." As Molly Ivins described the scene, "It was a gas."

Ten years ago, Steve Fromholz suffered a terrible stroke. Friends and fans pooled their resources to help with his expenses and Steve spent the next few years working hard to get back to that easy, breezy place where he could sing, pick guitar, tell jokes and wink at girls all at the same time. As his friend Segle Fry reminded me today, "It was really hard and he gave it his best, and then he found something better." 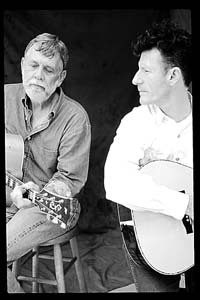 Fromholz was not a man to be denied. The past few years, he had a new companion in life and a new life helping her run a big, beautiful West Texas ranch. Hell, he died with his boots on, a rancher and a singer/songwriter with two platinum records (for Willie's recording of Steven's song, "I'd Have to Be Crazy"), He wrote the best song ever written about Texas, "The Teas Trilogy," made even more famous by Lyle Lovett's recording of it. He had great jokes, great stories and songs about bears, great friends and great adventures running rivers across the American West and in Mexico.

I wish I'd spent more time with him, but am thankful for every moment that I did. What a great life, Steven. Please say hello to the bears. 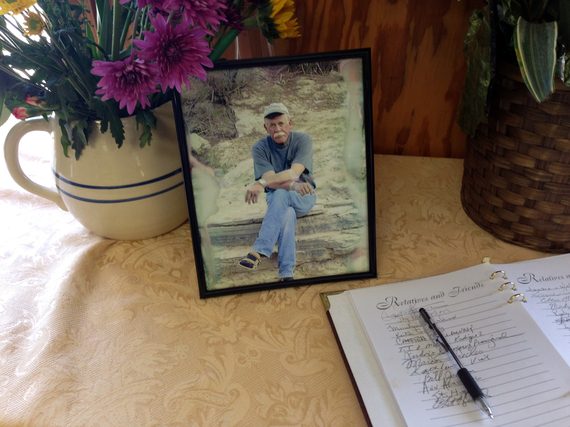