Few A-listers are willing to offer inside information on how they made it to the top of the entertainment mountain. Many will say "perfecting their craft, learning to deal with rejection, networking with the right people and continual hard work." But very few will share the direct contact information to the party responsible for his/her success. Therefore, as I sat in the front row of the BET Celebration of Gospel taping, I was surprised, yet wonderfully impressed with Steve Harvey's willingness to share such personal information. Harvey has hosted the BET Celebration of Gospel for the past 12 years and the veteran delivered jokes and stories that made the audience at the Orpheum Theater in Los Angeles, California, laugh to the point of tears. Yet, intermingled with such revelry was very insightful and helpful information for anyone who wanted to know who took Steve Harvey to the top.

Steve Harvey, born Broderick Steven Harvey, has come a long way from that of an insurance salesman to a household name. Whether one is familiar with his work as a stand-up comedian, the host of a syndicated radio show that reaches millions daily, Family Feud's latest comedic host, the author of a NY Times best seller, Act Like a Lady, Think Like a Man: What Men Really Think About Love, Relationships, Intimacy, and Commitment, or has seen him in one of his television or movie roles; Steve Harvey is a name known to the young and old, the rich and the poor and every racial hue on the planet. Steve Harvey is a real "baller" (a title he has given himself) and his star will continue to rise if his upcoming, NBC self-titled daytime talk show, Steve Harvey, is a "hit." 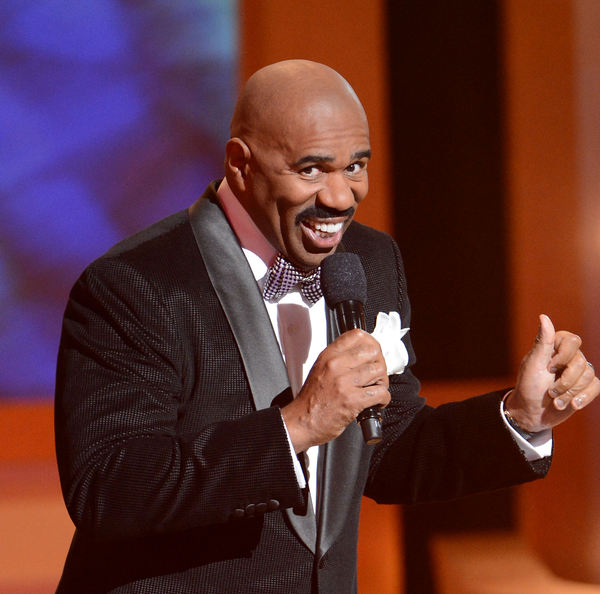 During the BET Celebration of Gospel taping, which will air on April 1, 2012, Harvey was very candid about his inability to have foreseen such tremendous success over the past 5 years. He, nor his inner circle of talented managers and agents, could have predicted that his best-selling book would be the catalyst that prompted NBC brass to offer him an opportunity to host Family Feud (Harvey said he never had any desire to host a game show). After Family Feud's ratings began to skyrocket, Harvey convinced NBC executives that middle America would not be subconsciously afraid of a large, black man coming into their living rooms everyday. He had proven that he had mainstream appeal and finally, NBC offered him an opportunity to host his own talk show. According to the statement released by NBCUniversal, the upcoming talk show will feature Steve Harvey with "his funny, fresh, insightful and common sense approach to life's every day moments that we all experience." Adding: "Each weekday, Harvey will cover a vast range of relatable topics such as marriage, dating, parenting, workplace, friendship and the daily dramas we face throughout our lives, all with his unique comedic spin."

Steve Harvey's talk show will take him from his home base of Atlanta, Georgia and transport him and his family in Chicago, Illinois. The show's lure of celebrities to the Windy City will fill a huge void left by the legendary Oprah Winfrey Show. This dream-come-true opportunity for Harvey came with a costly condition; he would have to give up his life as a stand-up comedian. Harvey told the New York Post, "It's been a complete joy to stand on the stage and tell jokes, but I don't want to be 60, hoping people buy a ticket to come see me." Harvey was able to give up something he loved because his strategist had aligned his professional opportunities perfectly, and on that night, Harvey was quick to give the credit to whom he believed the credit was due.

Steve Harvey, a King of Comedy, the comedian whose profanity was oftentimes gratuitously profane told over 2,000 attendees that all the credit for his unprecedented strategic path to super-stardom must be given to the newly recognized CEO of his life -- God. Harvey, who still considers himself a "new Christian" confessed that he is a work-in-progress. Yet, he unabashedly, with great frequency and passion, told the audience that God hears and answers his prayers. He said playfully, "I ask for big stuff and lots of stuff." Throughout the evening, with relative ease, he moved from side-splitting stories of his experiences of being reprimanded in church as a child, to evangelical style urgings for others to "give faith a try". 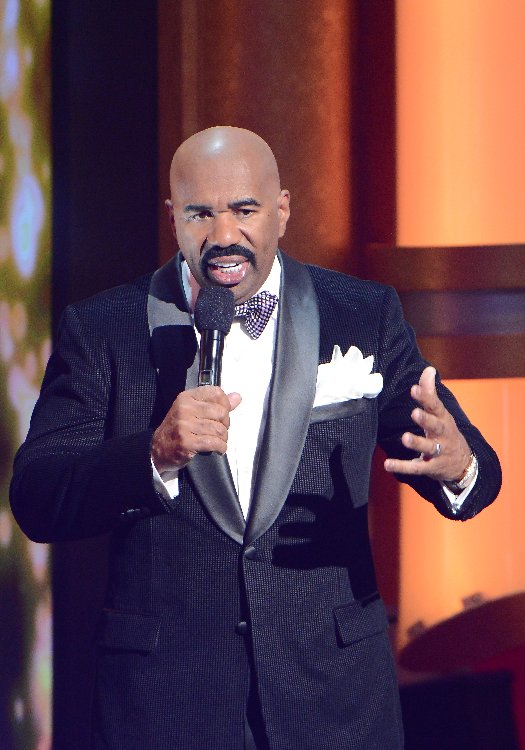 Chiding the audience he said, "You have not because you ask not." At one point, it felt as if he was reminiscing over his past struggles. In fact, he said that he had been sleeping with Lucifer, then he became visibly choked up and his eyes began to swell with water. He walked off stage, gathered himself and came back to deliver joke after joke after joke. Steve was on a role and someone in the audience yelled, "Preach!" Steve quickly addressed that statement and said, "no, don't call me preacher, I'm motivating. You call me 'preacher' and then you see me out doing something you don't think a preacher should do, then we have a problem. You see me in Las Vegas and you want to judge me because you called me a preacher." Then Steve Harvey said something that rang loud in my ears,"No, no, I'm not a preacher yet."

Exactly who or what made Harvey re-establish his relationship with God was not stated. Still, timing of his conversion is interesting. Many people turn to God and proclaim a new religious vigor when they are in jail and have little else to do except read the Bible; where there are no real-world temptations to test your faith. Others look for hope in spirituality when their life is in the dumps and they have nothing to lose by giving God a try. It's rare to hear of a celebrity, who appears to be on the top the entertainment world, get off his/her high-horse, push ego to the side and aggressively pursue a relationship with God. Despite of the skeptics and critics, Harvey has not been deterred in his proclamation of faith.

In the world of comedy, faith and God are topics most often mentioned as the butt of a joke. Very few comedians dare speak openly about their practice of religion. You have comedians like Ricky Gervais, who recently hosted the Golden Globes awards, and the legendary George Carlin who are professed atheists and devote much of their comedic routines to tearing down the notion of a Supreme Being that many of us call God. 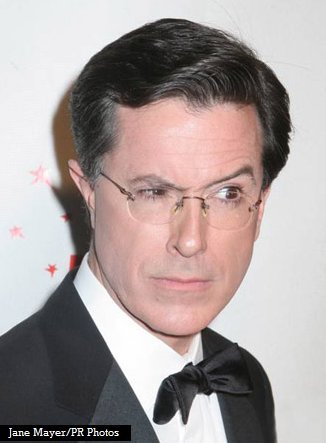 Other than Harvey, Stephen Colbert is the only other A-list comedian who does not shy away from discussing his religious beliefs and practices. Colbert who is a Sunday School teacher, spoke with the New York Times Magazine about religion.

"In 1974, when Colbert was 10, his father, a doctor, and his brothers Peter and Paul, the two closest to him in age, died in a plane crash while flying to a prep school in New England. 'There's a common explanation that profound sadness leads to someone's becoming a comedian, but I'm not sure that's a proven equation in my case,' he told me. 'I'm not bitter about what happened to me as a child, and my mother was instrumental in keeping me from being so.' He added, in a tone so humble and sincere that his character would never have used it: 'She taught me to be grateful for my life regardless of what that entailed, and that's directly related to the image of Christ on the cross and the example of sacrifice that he gave us. What she taught me is that the deliverance God offers you from pain is not no pain -- it's that the pain is actually a gift. What's the option? God doesn't really give you another choice.'"

God has a funny way of getting someone's attention with circumstances which very often, that are not very funny. Funnymen, Steve and Stephen have turned their lives' messes into messages -- very funny messages -- and they both give God credit for their success. And to all the naysayers, I offer this scripture: Who are you to judge someone else's servant? To his own master he stands or falls. And he will stand, for the Lord is able to make him stand.Romans 14:4