As the news of Steve Jobs' death spread around the world, many took to the internet to express their condolences, sadness, and thanks to the co-founder and former CEO of Apple.

While Twitter users in general used the site to express their reactions, leaders in the technology world shared their thoughts on their websites and blogs.

Pixar's John Lasseter and Ed Catmull, for example, remembered the former CEO in an official statement.

Google also responded to the news, with CEO Larry Page posted the following on his Google+ account: "[Jobs] was a great man with incredible achievements and amazing brilliance."

Google.com posted a subtle tribute below its main search bar: "Steve Jobs, 1955 - 2011." The post also included a link to Apple's homepage, which currently featuers a picture of Jobs with a link to the company's official statement on his death.

Click over here for a look back at Steve Job's career in photos.

Last month, Jobs announced his resignation as CEO of the company, saying the "day had come" that he could no longer meet his duties. To see a timeline of Jobs' health, click here.

Take a look at Google.com's tribute to Jobs (below). 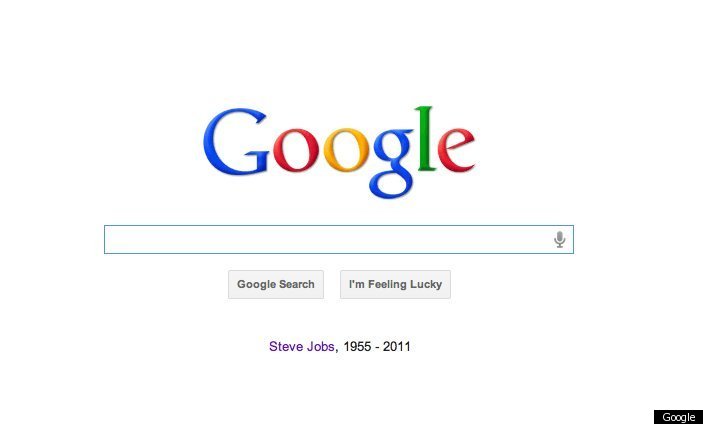