Apple announced on Wednesday that company co-founder and tech visionary Steve Jobs had passed away at the age of 56.

Mere hours after his death, memorials began popping up at Apple stores from New York to Sydney commemorating the man whose innovations affected global trends in consumer technology.

Some have called Jobs the father of digital music, while others see him as a figure who has left a lasting impression of society. On Wednesday, tech journalist Walt Mossberg called Jobs "a historical figure on the scale of a Thomas Edison or a Henry Ford."

To see how Apple fans are honoring and thanking Steve Jobs, take a look a the slideshow (below) of photos taken during memorial services held around the world. 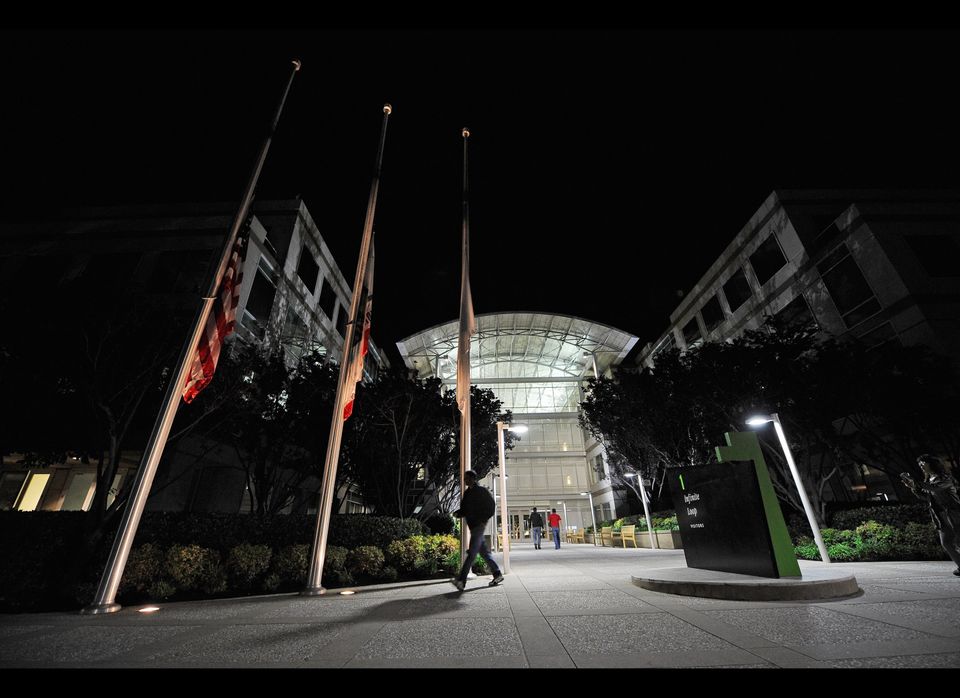 1 / 20
Americans Mourn Passing Of Apple Co-Founder Steve Jobs
CUPERTINO, CA - OCTOBER 05: Flags fly at half staff following the death of Steve Jobs at the Apple headquarters on October 5, 2011 in Cupertino, California. Jobs, 56, passed away after a long battle with pancreatic cancer. Jobs co-founded Apple in 1976 and is credited, along with Steve Wozniak, with marketing the world's first personal computer in addition to the popular iPod, iPhone and iPad. (Photo by Kevork Djansezian/Getty Images)
Getty