Apple CEO Steve Jobs, known for personally replying to users' email queries, has been firing off a string of replies in recent weeks.

Whether reminding would-be iPad buyers his team is "doing the best we can," suggesting Apple has trademarked the word "Pad," or suggesting a frustrated developer change his app's name, Jobs has been directly and tersely replying to customer concerns.

As TechCrunch notes, Jobs offered a similar reply at the Q&A following the iPhone 4.0 event:

The customer also asked about Apple's rejection of a satirical app submitted by Pulitzer-winning cartoonist Mark Fiore. Jobs openly admitted Apple was in error: "Fiore's app will be in the store shortly. That was a mistake," he wrote.

See the email exchange below (via 9 to 5 Mac: 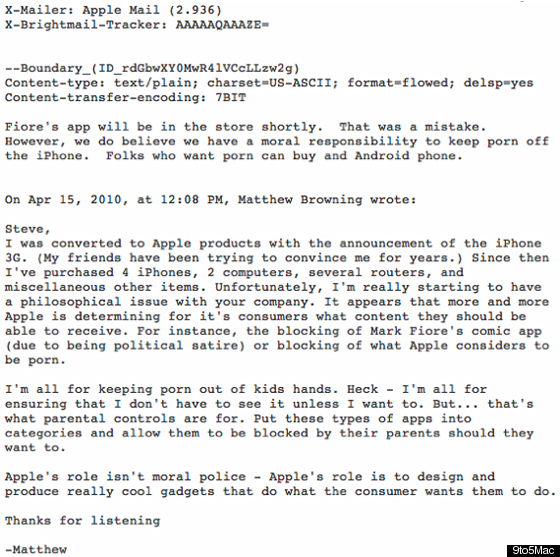