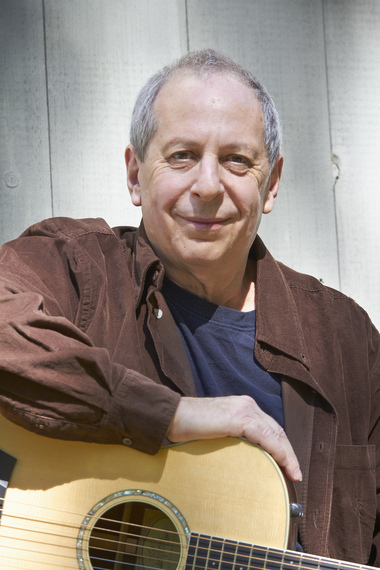 Steve Katz's new memoir Blood, Sweat, and My Rock 'n' Roll Years: Is Steve Katz a Rock Star? has maybe the most spectacular revelation yet of any Rock memoir.

Katz was a guitarist with two successful hybrid-Rock bands of the 1960s, The Blues Project and Blood, Sweat & Tears, and he went on in the 1970s to produce Lou Reed's classic live album, Rock n Roll Animal.

Katz says one of the stereo feeds of the audience track for Reed's concert at New York's Academy of Music, the basis for Rock n Roll Animal, was lost so there was only mono crowd sound. That wouldn't work, so the engineer went through his archives and matched that with a mono audience track from a concert by the ultra-square John Denver. (Both were RCA artists at the time.)

"I said, 'That's perfect. Lou would love that,' " Katz says in a phone interview. "Lou went to his grave not knowing we did that. It's my ultimate prank on him."

Katz, now 70 and living in Connecticut, played guitar around Greenwich Village at the beginning of the 1960s. He was part of the Village's great Folk revival, learning from Blues elders like Mississippi John Hurt and Son House (whose careers were reenergized by the young Village adherents) and taking guitar lessons from a more contemporary master, Dave Van Ronk (known as "The Mayor of McDougall Street"). Katz also became close friends with Stefan Grossman, a young guitarist with virtuosic talent.

"We wanted to play music together and came up with jug band music as a common denominator," Katz says. "So we started the Even Dozen Jug Band. It had great people."

That's actually an understatement. Besides Katz and Grossman, it also included John Sebastian, future leader of The Lovin' Spoonful, Maria D'Amato (who would find fame after marrying and taking the last name of another jug-band musician, Geoff Muldaur), and David Grisman, on his way to becoming one of the world's finest mandolin players. But the group lasted for just one album, which was released in 1964.

In 1965, Danny Kalb -- a Village Folk performer who had taken up electric guitar -- was putting together a band that was to combine Roots music traditions with a contemporary Rock sensibility and a fondness for stretching out instrumentally. One of the members of the original quartet was rhythm guitarist Artie Traum, but when he quit to go to Europe Kalb asked Katz if he'd be interested.

"I said I never played electric guitar before but would give it a try," Katz recalls. "So he put a pickup into my acoustic guitar. It was so loud I got feedback and it scared me to death. I turned the volume down at the audition. Danny came over to me and said, 'I like the way you play,' so I got the job. But nobody could hear me."

That group became The Blues Project, which soon gained an important member when Al Kooper -- fresh from playing keyboards on Bob Dylan's "Like a Rolling Stone" -- joined to play organ. The band got a major-label recording contract and set its sights on success.

"We never thought of having hit singles until toward the end, when we thought if we were ever going to stay together, we needed one," Katz says. "So Al wrote (1967's) 'No Time Like the Right Time'."

It didn't work and Kooper had already left by the time the band played the 1967 Monterey Pop Festival. Katz left soon afterward. The band has remained well regarded and is considered way ahead of its time.

Not long after, Kooper told Katz he wanted to move to England and asked him to play at a fundraising concert at New York's Café au Go Go.
Tweet

"Enough people showed up for him to get a cab to the airport and back, so I said, 'Lets start a band,' " Katz says. "And that was the beginning of Blood, Sweat & Tears."

This was the most successful but also most controversial phase of Katz's career. Kooper wanted to use horn arrangements, but not just to provide what Katz calls "stock R&B stuff" like the Paul Butterfield Blues Band did. In fact, Kooper had argued with Kalb about adding horns to The Blues Project. Cooper and Katz liked ambitious orchestral arrangements, like those The Beatles were using, that borrowed from Jazz and Classical but still had a Pop sensibility.

"One of our main inspirations was an album by The Buckinghams called Time & Charges,'" Katz says. "It was produced by Jimmy Guercio, who would produce our second album."

With Kooper, Katz and drummer Bobby Colomby as the central figures (and Fred Lipsius and Dick Halligan writing horn charts), BS&T's 1968 album Child Is Father to the Man found a welcome home at nascent FM Rock stations. The inventive arrangements, married with work by such new singer/songwriters as Randy Newman ("Just One Smile"), Harry Nilsson ("Without Her") and Tim Buckley ("Morning Glory"), was something very new.

Kooper also turned out to be a fantastic writer, contributing "I Love You More Than You'll Ever Know," "I Can't Quit Her," "My Days Are Numbered" and "House in the Country." Katz wrote and sang lead in a nice tenor on the ballad "Meagan's Gypsy Eyes."

But the album and its singles never quite became hits. Katz and Colomby decided Kooper's rugged voice was the problem.

"We knew we weren't going to have any hit singles with Al's voice," he says. "So we went to Al and said, 'We'd like you to stay and be a writer, but we need a lead singer.' Al wanted to remain lead singer, so he left. Bobby and I were very happy about it because we were able to audition really good singers."

One candidate was Dick Wagner of a Detroit band called The Frost. He would go on to provide some of the majestic guitar solos on Reed's Rock n Roll Animal. But the winning candidate was Canadian David Clayton-Thomas.

"He was in New York and I saw him at Steve Paul's club The Scene," Katz says. "I was really knocked out by his voice. We asked him to come down and audition."

With Clayton-Thomas' more stylized voice in the forefront, and Guercio taking charge of the production, the second album went four-times Platinum, spawning hits like the Motown cover "You've Made Me So Very Happy," Laura Nyro's "And When I Die" and Clayton-Thomas' own "Spinning Wheel." Katz again contributed a nice ballad, "Sometimes in Winter."

BS&T played Woodstock. While the band was huge, some fans missed Kooper and found the new edition too slick. When it was time for a third album, Colomby opted to co-produce. Guercio moved on to a new horn-heavy band, Chicago. BS&T's popularity declined.

"I stuck by my friend rather than our commercial interests," Katz says. "Bobby took the band with each album afterward more into a Jazz direction and that was the kiss of death right there."

Meanwhile, the band was rehearsing at Dobbs Ferry in New York at the same time that Reed -- who was managed by Katz's brother, Dennis -- was practicing there. He was coming off the disappointment of his downbeat 1973 album Berlin, which had squandered the success he had achieved with Transformer. He and Steve became friends.

"His career was going down the toilet really bad unless he did something," Katz says. "So I said, 'Lou, why don't you take all those great Velvet Underground songs you wrote and get a great band and get it out right away.' He asked if I would produce it. That's what I did and it worked." For his band, Reed selected musicians who had worked on Berlin, including guitarists Wagner and Steve Hunter.

"It opened up a new audience," Katz continues. "It was a very influential heavy album in that sense. The most influential part of it, as it turned out, were the introductions that Steve and Dick played, which were classic. "

Katz, who had quit BS&T, went on to produce of a sequel live album for Reed, as well as the 1974 studio album Sally Can't Dance. He then joined the band American Flyer, which also featured Cincinnati native Craig Fuller, and took a management job with Mercury Records. That led to him producing an Irish band called Horslips, which in turn led to him discovering Celtic music. In 1988, he became an executive with a small label specializing in it, Green Linnet. Later, he quit to help his wife, a ceramics artist, with her business.

In 1994, when Kooper was celebrating his 50th birthday, he asked Katz (and others from The Blues Project and BS&T) to join him for some shows at New York's Bottom Line.

"I said, 'Sure, sounds like fun,' " Katz says. "The night before the gig, Al is handing out recording contracts and I said, 'What is this? I was invited to play at a party and all of a sudden there are recording contracts?' There was no way I was going to appear on that."

Katz played, but had his parts removed from the subsequent live release, Soul of a Man: Live/Rekooperation.

Colomby owns rights to the BS&T name and has a band touring the circuit, but without original members. Katz did play in it for a while, but left to work on his book. He also started doing acoustic shows recently, and in 2007 recorded an acoustic album with Grossman and Kalb called Played a Little Fiddle in tribute to Van Ronk.

Touring now, doing acoustic shows to promote his book, Katz offers a career review live. There may be a Hurt song, some jug-band tunes that the Even Dozen Jug Band played, some Blues Project and BS&T numbers and more. He'll also tell anecdotes and take questions.

"This has gotten me back to doing music again, on my own with my voice, my acoustic guitar and my memories," Katz says. "At this point in life, I enjoy doing it. I played Woodstock and Monterey. At my age now, the smaller the crowd, the better and happier I am."

(This originally ran, in a slightly different form, in Cincinnati CityBeat on May 20, 2015 in advance of a May 22nd concert there at Southgate House Revival. Photo courtesy Steve Katz.)