At 40, Steve Nash has no illusions about how the rest of his career will go. He will play his last season in 2014-15, head into the proverbial sunset a happy man and move on to other projects. With that ahead, he is honest about what his short basketball future holds.

Nash stopped by HuffPost Live on Wednesday to discuss his charity soccer tournament, The Steve Nash Foundation Showdown. During the interview, he told host Marc Lamont Hill that he would understand if the Lakers — who owe him $9.7 million next season in the last year of the three-year, $27 million contract he signed in July 2012 — traded him before the season starts. As he pointed out, Nash has been plagued by back problems which limited him to just 15 games last season. The Lakers have nearly $27 million in cap space. Getting Nash's contract off their books only frees up more space for them to pursue top-line free agents that could factor more into the team's future than the veteran Nash.

"If the opportunity came for them to package where they could get something for the future, that makes a lot of sense for them," Nash said.

Watch the segment in the video above, and click here to catch the rest of Nash's HuffPost Live segment. 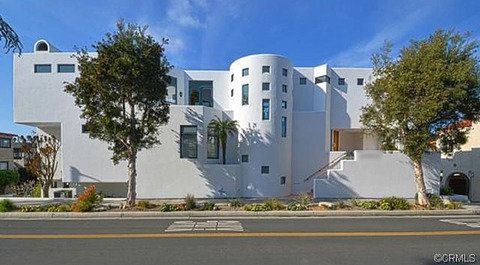 1 / 126
Steve Nash bought this $4.8 million mansion in L.A.'s Manhattan Beach, and plans to tear it down to build his dream retirement home.
CRMLS