MIAMI, March 10 (Reuters) - Steve Stricker could be forgiven for regretting he helped Tiger Woods with his putting before the WGC-Cadillac Championship, but after losing to him by two shots on Sunday, Stricker said he simply did what golfing buddies do.

Woods had been unhappy with his putting at the Honda Classic last week, complaining of his inability to find the touch he had displayed in his January victory at Torrey Pines. But a 45-minute session with leading putter Stricker put that right.

Over 72 holes at Doral, Woods needed just 100 putts and Stricker could not chase him down in Sunday's fourth round despite posting an impressive four-under-par 68.

Asked how many strokes he thought he may have saved Woods over the week, Stricker replied: "I have no idea. Who knows? He might have putted just as well without my help.

"But he is happy, he feels really good about what he is doing on the greens and that's a good thing, even though he clipped me by a couple of shots," he said.

Woods, however, was not so sure that he would have been able to correct his putting technique without the help of his friend.

"I would like to say that I probably would have but...there is a but there," he said.

"I'd been putting at home and it just hadn't felt right. I still was a little bit off. But to have Stricks help me out like that...

"He's been a great friend. We tend to help each other out with our putting. I know what he looks like when he putts his best and vice versa," he said.

Woods had been sharp with his putter at Torrey Pines and said Stricker had been able to get him back in the same stance he had exploited so well in that Farmers Insurance Open win.

"Once he put me in there where I felt comfortable, I said, well, this is not too foreign, this is what I was a month or so ago and I started rolling it and it felt really good.

"I just basically carried it through the week."

The session at Doral came about by accident when Woods bumped into Stricker after his practice round.

The 46-year-old Stricker said that it was not the first time he had helped out Woods or other players and suggested that guidance for younger players was part of being a tour veteran.

"It's kind of the nature of our game. Older players have done it with me and now I'm one of those older players, I guess, and when somebody asks me for help, I tend to give it to them," he said.

After Woods's display this week, there might be a few more players calling on his expertise. 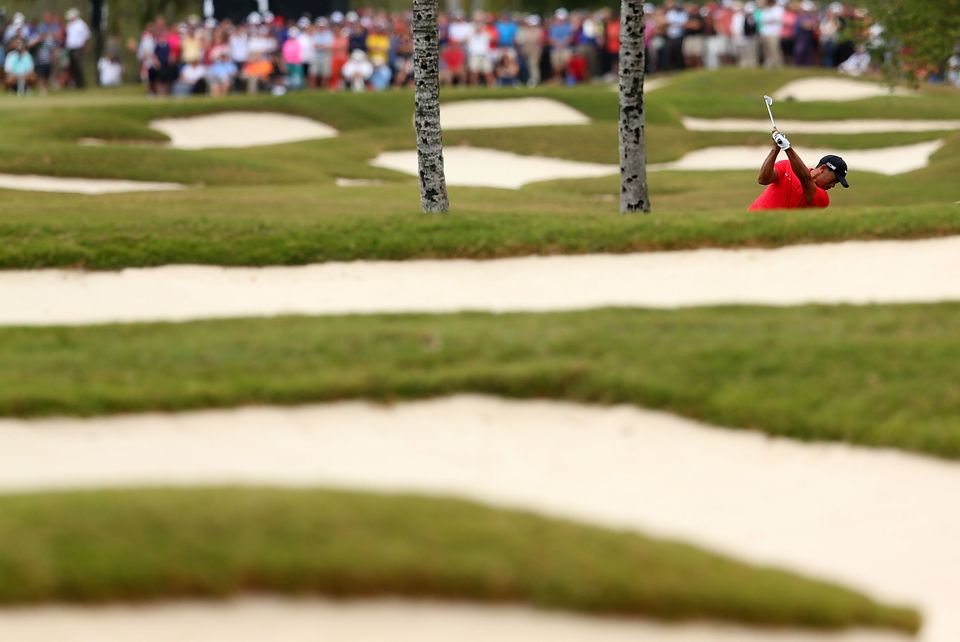