This week’s story from Huffington Post Gay Voices RaiseAChild.US “Let Love Define Family” series spotlights Steve and Trevor whose four young boys, adopted from the foster care system, gave them a major surprise on their first visit to the house.

“I’ve wanted to be a father for as far back as I can remember -- having my four boys call me ‘Papi’ is truly a dream come true,” says Steve Alba, 33, of the lively sibling set he and his husband Trevor Tolliver, 35, adopted from the foster care system.

Eleven-year-old Christian, nine-year-old Manuel, six-year-old Rodrigo and five-year-old Jonathan live with their dads in a four-bedroom home in Rancho Cucamonga, a suburban city in San Bernardino County, California. Steve and Trevor originally planned to adopt one child. But after a year of waiting to be matched and knowing that eventually they planned to have a big family, they decided to open their hearts and home to the possibility of a sibling set. The idea of growing from a family of two to a family of six overnight, however, did not enter their minds until one fateful night in October 2010 as they watched KTTV Fox 11 News from the comfort of their cozy couch.

“We had never even considered adopting four children at once until we saw the boys on a Wednesday’s Child broadcast,” explained Trevor. But once he and Steve saw the boys, they felt an instant connection. The youngsters were in foster care in Los Angeles County, but San Bernardino County Family and Children’s Services was able to assist them in pursuing the adoption.

Many prospective foster-adoptive parents say the reason they prefer babies is because they want to experience all of the child’s firsts with them: first word, first steps, first tooth. But parents who have adopted older children know there are still many firsts to come -- new joys and discoveries. And with older foster children who have experienced hardship and neglect, some of those firsts may come as a surprise.

When Steve and Trevor brought the boys to visit their home for the first time, they expected the children to whoop and holler with excitement at the sight of the large pool and the hot tub in their backyard. But the boys had no reaction whatsoever. Instead of excitement they had puzzled looks on their faces.

“Trevor and I realized that in their short, difficult lives, they’d never seen a pool,” said Steve. “We had to explain what it was.”

“Now we can’t keep them out of it!” joked Trevor.

Waiting to be matched with a child was the hardest part for the couple, but it brought Steve and Trevor closer as a couple. “We watched heterosexual friends and family getting pregnant and having babies,” said Steve. “We wanted it to be our turn so badly.”

The couple considered surrogacy, but in the end chose foster-adoption because they wanted to provide a loving home to children who were already here. While the waiting was hard, they say the process of becoming a licensed foster parent was not difficult and having the children now makes it all worthwhile.

“Our best advice is to be patient as you wait to be matched with your child,” said Steve. “Once we got the phone call, everything started happening very quickly! So while you’re waiting, make sure you get in your date nights, hit up your favorite restaurants, and see as many grown-up movies as you can.”

Both dads are educators: Steve teaches kindergarten and Trevor is a college English professor. They both found the foster-adopt training very instructive.

“It was a very thorough and educational process,” said Trevor. “Classes were taught by very knowledgeable professionals, and we felt reassured all along that limitless resources were available to us to help us build and sustain our family, including advocacy agencies and counseling services to help the kids through their various life transitions.”

Most of their days are filled with the ordinary stuff of parenting, the everyday children’s activities that most prospective parents look forward to with great anticipation.

“We love to play video games and board games together as a family,” says Steve. “The kids love playing ‘Sorry!’ with us because they tend to win. We go to the movies often and we have great parks in our city. The boys love going to the park and playing together. As a gift to our boys to celebrate the adoption we bought Disneyland annual passes. They had never been to Disneyland before and now they are hooked. It’s so fun to get to watch them enjoy themselves. Disneyland with kids is the best! We’ve also started a tradition of taking road trips during the summer. Last year, we visited San Francisco and the boys didn’t want to leave! This year we are planning to visit more cities in Northern California.”

Like many families, they look forward to the traditional holidays of Thanksgiving and Christmas. But at the Alba-Tolliver home, Halloween rivals both of those. In addition to elaborate Halloween displays outside their home with purple lights, the family celebrates with some special traditions inside the home.

Thanksgiving is also a time for special Alba-Tolliver traditions.

“Our holiday tree also gets decorated for Thanksgiving. During Thanksgiving we make paper ornaments where we write what we are thankful for in our lives,” he adds. “Christmas is just as big as Halloween, if not bigger. We visit Santa every year for a photo too.”

In addition to creating special holiday traditions that create strong family bonds, the dads say they have worked hard to build what they call “a true family spirit” and are proud of how well their boys get along with each other. When Jonathan graduated from preschool last month, all of his brothers were there to cheer him on, just as they did for Rigo. They all attend Christian’s choir performances together, as well as Mannie’s sporting events.

Steve and Trevor want to encourage prospective and new parents to take good care of themselves as well as their children.

“Don’t forget to make time for yourselves because it’s easy to get lost in the early bedtimes, sports practices, hot dog dinners and Disney movies,” said Trevor. “We also would like to tell parents to be patient with yourselves, to know that you’re going to make mistakes along the way. Don’t panic because those will make terrific stories later on!”

The couple said they are blessed to have supportive family members, especially their parents.

“With the adoption of the kids, my parents became grandparents for the first time -- with four grandchildren -- right off the bat,” said Steve. “Trevor’s parents already had a gaggle of grandkids, and were very excited to welcome more children into the fold. Trevor’s mom, who was also adopted into a kind and loving family, made a very special connection with our boys.”

When the boys moved into the house in 2011, Steve and Trevor had been a couple for ten years. Last September, they married legally with Steve’s mother as their witness. They are planning a big wedding in a year or two so that both of their extended families can attend. Their sons are very excited about the wedding and want to be involved.

“Our boys are our biggest supporters,” said Steve as he and Trevor lovingly described their children.

“Christian, 11, is the relentlessly perky optimist of the house, who tries out for everything in school and is excited about attending middle school next year and being on the cusp of life as a teenager. “

“Manuel, 9, despite his ‘special needs’ label, is sharp, creative, and possesses a wonderfully adult grasp of sarcasm and humor; he is a typical little boy who is infatuated by dinosaurs and sharks.”

“Rodrigo, 6, is a rambunctious, high-spirited little boy with a strong streak of independence; while he sometimes tests our patience to its limits, we’re quietly proud that no one will push him around in life.”

“Our baby, Jonathan, just turned 5 and he just graduated from preschool; he came to us with developmental delays, but quickly met several key milestones. He is happy and funny, and a budding little musician.”

“We’re proud of all of their indomitable spirits, their wonderful humor, and especially of how much they love school and being part of a family that needs them. We are learning just as much from them as they are learning from us.”

For Trevor, the best thing has been seeing the boys grow and thrive. “Given what they experienced before they were adopted, they could have been very cold, distrusting children, and rightfully so, but they are sweet, loving, and affectionate, and are always so eager to please and contribute. They are selfless and giving, and nothing seems to stand in their way of achieving what they want in school.”

Steve said the best thing about being a parent is being able to celebrate his sons’ successes. “Whether it is scoring their first goal, passing a test, learning to read, or something as simple as learning to brush their teeth independently, there is nothing better than seeing that glimmer of pride in their eyes.”

Corinne Lightweaver is the Special Projects Manager at RaiseAChild.US, a national organization headquartered in Hollywood, California that encourages the LGBT community to build families through fostering and adopting to serve the needs of the 400,000 children in the U.S. foster care system. RaiseAChild.US works with foster and adoption agencies that have received training in LGBT cultural competence through the Human Rights Campaign Foundation’s “All Children-All Families” initiative. Since 2011, RaiseAChild.US has run media campaigns to educate prospective parents and the public, and has engaged more than 2,000 prospective parents. For information about how you can become a foster or fost/adopt parent, visit www.RaiseAChild.US and click on “Next Step to Parenthood.” 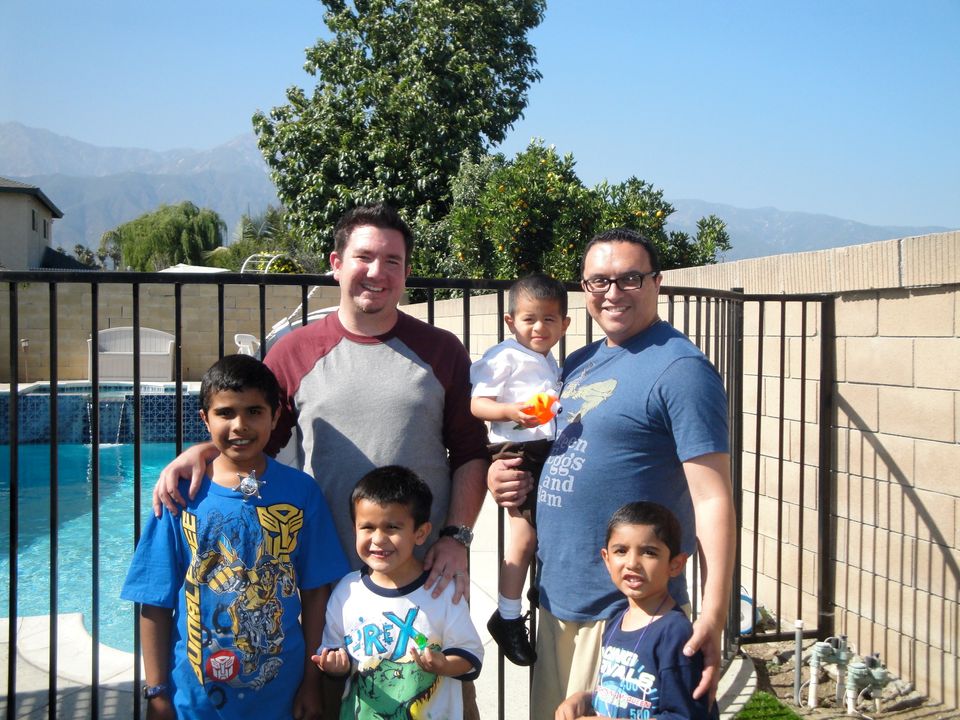