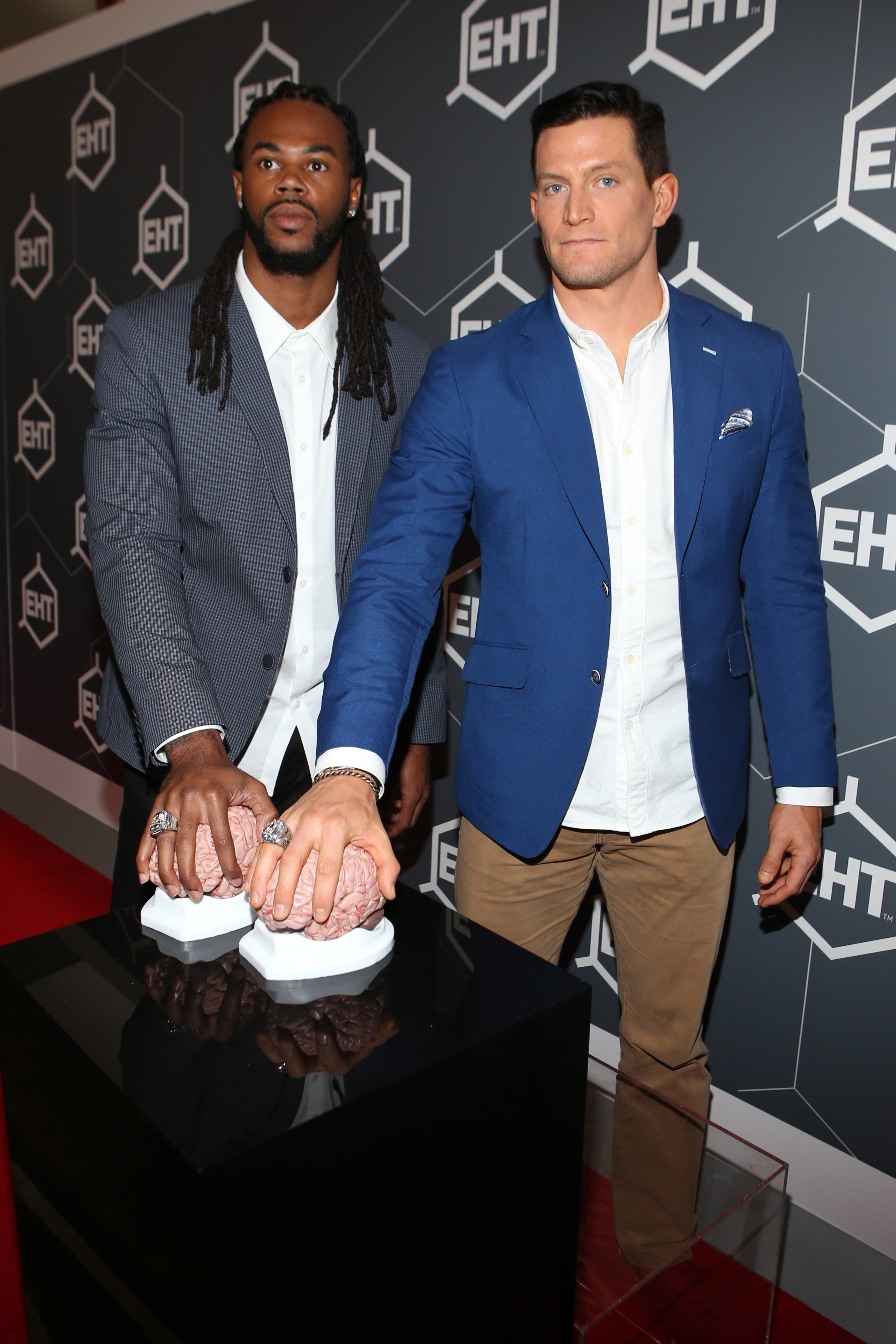 Current New York Giants punter Steve Weatherford and former Seattle Seahawks wide receiver Sidney Rice announced Tuesday that they have decided to donate their brains to science in an effort to better understand the long-term cognitive effects of football.

The two NFL champions made the announcement at a press conference in celebration of Brain Injury Awareness Month.

“From the time I was a young boy, my parents always taught me to be a giving person. And there's no greater gift than the gift of life,” Weatherford added. "Now, through this special initiative, I have the opportunity to help save a lot of lives by donating my brain.”

NFL players officially registered 111 concussions during the 2014 regular season, down from 148 in 2013, according to the league. Yet the brain trauma associated with professional football is nearly undeniable. Frontline reported last year that the Department of Veterans Affairs’ brain repository -- the largest so-called brain bank in the country -- has detected signs of degenerative disease in the brains of 76 of the 79 former NFL players it has examined.

While Weatherford, as a punter, has dealt with a relatively small number of concussions for someone who has played in the NFL since 2006 -- two in his estimation -- Rice believes he has suffered as many as 20 over the course of his lifetime. That’s why after the Seahawks won the Super Bowl in 2014, Rice decided that he would retire at the age of 27 in hopes of avoiding long-term brain trauma.

“I feel my story is important to tell this month because I suffered some serious concussions in my career,” Rice said in a separate statement provided to HuffPost. “It took a lot for me to walk away, but I had to think about my health and what the impact might be in the long term.”

“So, when it came up that [March] was Brain Injury Awareness Month, I thought it was a really exciting opportunity to help represent the cause as someone who has taken a stand on this issue in my own way, and might inspire others [to do the same].”

The NFL is close to finalizing a $1 billion settlement with roughly 4,500 former professional football players over brain-related injuries sustained while in the league.