The subject matter of Steve Assael's current show at the Forum Gallery, New York is marriage. His paintings depict brides and grooms, each embodying the hope, fear, anticipation and resolve that make betrothal an important subject. "I usually start", says Assael, "with a visual, thematic idea - brides, for example - but the narrative evolves, its subtext articulated as the painting develops."

Tenderly rendered, with an exquisite balance between form and detail, Assael's canvases radiate mastery and authenticity of purpose. 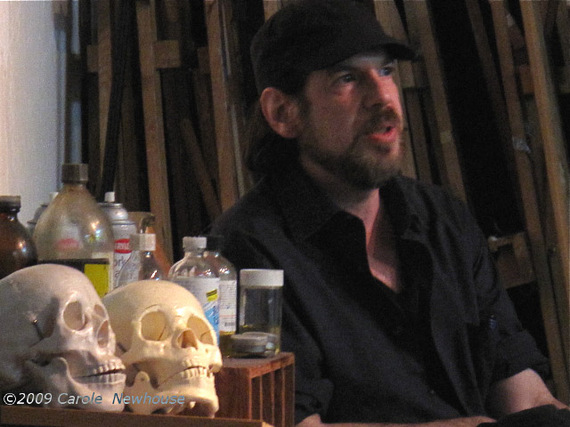 Steven, am I right that you work entirely from models?

Yes: I work from life whenever I can. I try not to use photography, but rely more on memory and experience. Photos can be helpful for general references, but I'm really more interested in how ideas are generated by memory and the synthesis of experienced perceptions. Also, I would rather not use the word model, sitter is better. I allow for the sitters' performance to interfere with my initial concept. I think of sitters as actors, revealing an outward formality and an inner history. As a director, being open to an actor's interpretation can change things around. I paint the human image in an effort to find and depict the individual nature of my sitter as well as the universal or general idea of being human. 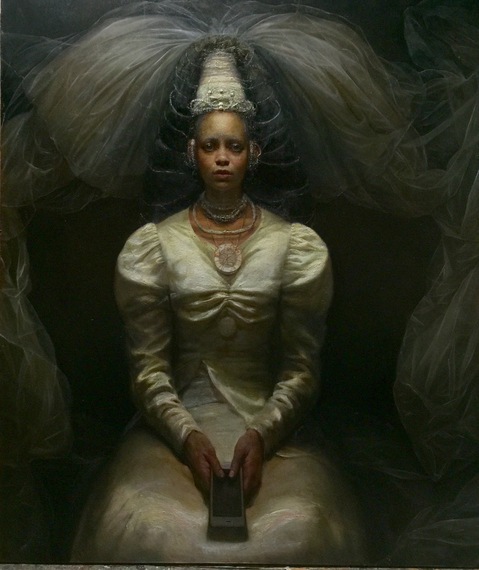 
Given that perspective, do you think of yourself as a Humanist?

That term has many meanings and may not apply precisely to what I want to do.

The experience of working from life is for me an inquiry into our human-ness. 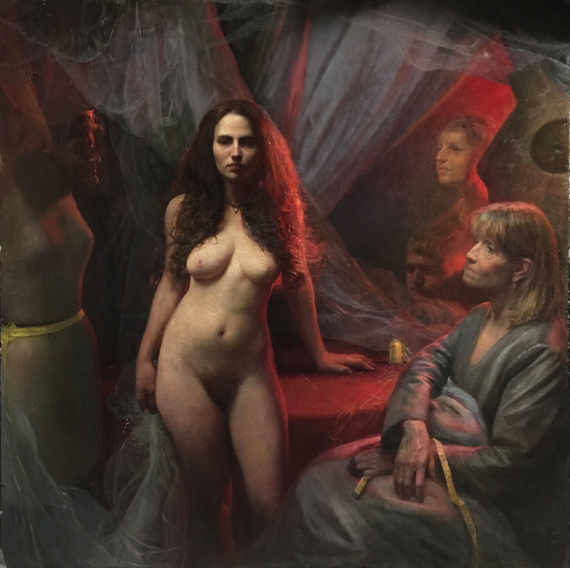 Tell me about your commitment to representation and the figure.

I was raised and schooled in NYC. As a teen my artist friends and I would sometimes frequent the Figurative Alliance in New York. And most of the time arguments boldly ensued...Figurative artists then were the most oppositional people you could ever meet. Those times were inspirational to the feeling that being a figurative artist was in many ways a form of rebellion and I came to look at myself as going against the times... I still like to feel that way.. 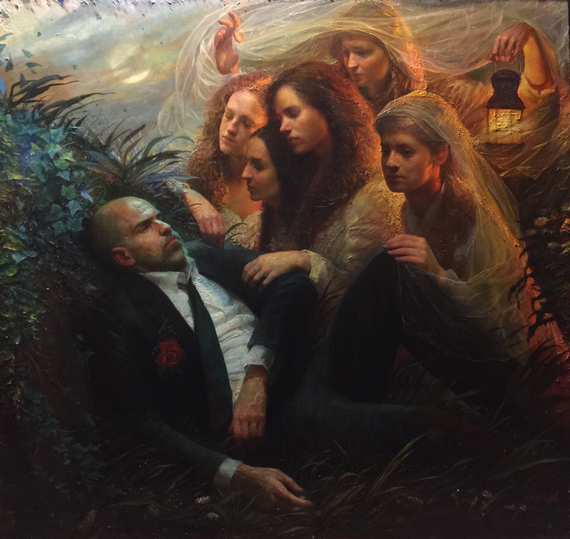 How has your relationship to the art world evolved over time?

Well, the figure came back via Neo-Expressionism in the 1980s, but not in the way I was interested. Then in the mid-1990s video, installation and photography came on strong and painting was looked at by many as obsolete. In a post-post-modern era it's all up for grabs...Painting and the nature of painting is looked at as important again. I'm glad it is.. I can enjoy all kinds of painting... 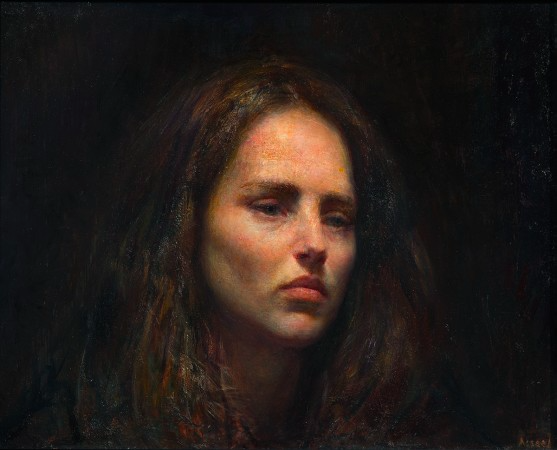 
So that was the context of the 1995 protest that you organized at the Whitney, right?

The protest was a naïve expression in many ways, but understand at that time there seemed to be very little interest in painting, not just figurative painting but the act of making paintings.

We were inspired by Edward Hopper, who in 1961 had launched a protest of his own against the Whitney. So ours was in some ways a homage..Looking back, it was a moment--and it did bring out the fact that painting and human experience were important factors behind the stroke and the mark... either in objective or non-objective painting. 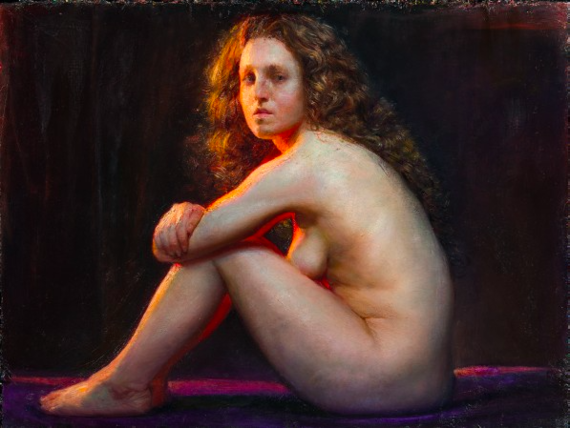 There is a lot more representation appearing in the galleries right now. Do you like what you see?

There is a lot of technique and decoration, but little in emotive intelligence. What I mean... is that there is often a lack of the questioning and purpose of painting as an existential expression. Thats hard for some to understand. The revival of craftsmanship has in many ways become important, but I don't think that people are really focused on making or looking at things that have deep, lasting meaning, but instead enjoy being distracted by entertainment values. Unfortunately, a lot of the more serious painters today find themselves under the radar of what the mainstream art world deems valuable. 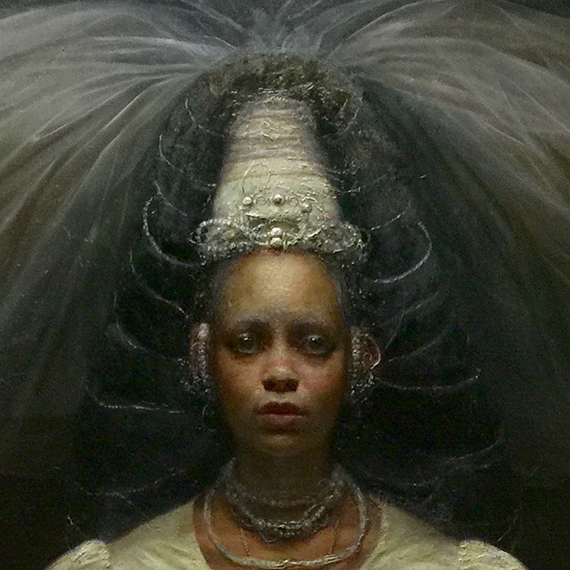 Detail plays such an important role in your work. How do you find the right balance of detail and form?

How we view symmetry/asymmetry and how details are related the the whole influence our spatial perception. And simultaneously the outlook of a picture is pendant to our viewing position.

At a distance we see curvatures, rhythms uniting forms in space in symmetry.... at close range, angles and variations in asymmetry that provide tension and the individual nature of things. I think about symmetry as rhythms that intimate universals while asymmetry can express the temporal.