"I think if there's a commonality in my books ... it is cheering for the underdog," Steven Blush told me. "It is not a good business model to choose people who are not famous, but I've always been this way."

Because in his new book, "New York Rock: From the Rise of the Velvet Underground to the Fall of CBGB," he chronicles the many phases of rock 'n' roll music in New York City between the 40-year span of 1966 to 2006, from now world-famous bands such as Blondie and Kiss to a whole host of lesser-known bands who were part of the New York rock scene. 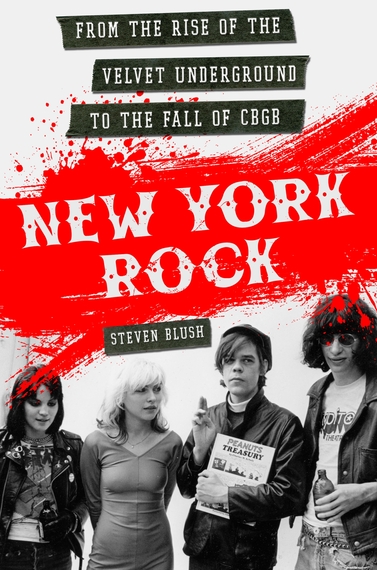 And in doing so, he continues in the tradition of his previous books, such as "American Hardcore" and "Lost Rockers: Broken Dreams and Crashed Careers."

Even if you start out as the underdog, the world -- and particularly New York City -- is full of endless possibilities for you to find your own unique path.

To understand Blush's perspective, it is crucial to consider that Blush grew up in New Jersey in the '70s, but would accompany his father - who worked on the Lower East Side of Manhattan - to work on weekends. As a result, Blush had the chance to learn about and experience New York City first hand at a young age.

So, Blush -- like many of the elites of the New York punk rock scene, including the Ramones from Queens, Patti Smith from New Jersey, and David Johansen of the New York Dolls from Staten Island -- started as someone who felt like an outsider in his community.

"Most of my friends who grew up well-heeled in Manhattan didn't have an appreciation for what we were seeing ... . A certain kind of person came to New York. They were not enthralled with the mainstream," Blush explained. "They were looking for something different. They always felt like outsiders. They were the one or two weird misfits from their town."

More, Blush felt a pressure to conform to a social system in which he did not feel he belonged. This pressure fueled a burning desire to find something better for him.

"What the suburbs did for me was build this incredible frustration based on what I was told I could and could not do, what was and was not possible," he said. "I was basically told that anything regarding an artistic pursuit was not the right path."

What Blush was seeking in New York was freedom -- the endless possibility that would come with rejecting otherwise accepted norms.

"I think there is a freedom, a sense of escape from mainstream doldrums that cannot be underestimated," he said. "It's like this mecca of weirdos and upstarts and hard-driving individuals and people who want a new start."

New York has always been, and continues to be, a place where you can find all sorts of people -- a melting pot of culture. And this environment breeds the excitement of being able to see oneself as an underdog who has the potential of doing and being something special.

"What I found when I came her in 1985 ... you move below 14th Street, and it's this whole world where everyone's interconnected -- musicians and artists and painters and poets," Blush explained. "I think the interesting thing about New York is that you can talk to any random individual, and they'll give you a pretty mind-blowing story of who they are.

"They did something incredible at one point in their lives."

But in reading "New York Rock" and speaking with Blush, it becomes clear that while there are endless possibilities in New York City for anyone, there are several barriers to making your dreams come true.

First, Blush finds that it's not so easy to make social connections right away. "I think that first year in New York is grinding. Because you have to find yourself and find your crew ... . New York is a very tough place," he said.

Further, while the New York City rock scene now has a prominent place in history, the world did not always look so kindly on New York City or New York artists. "In some ways, New York doesn't get enough credit ... . It's a very recent phenomenon, embracing New York art or music. It wasn't considered art or music at the time."

So don't expect the streets to be paved with gold -- because while many bands found mainstream and financial success, many others did not.

"Traditionally, New York bands aren't really right for the pop market," Blush said. "Lou Reed singing about copping heroin wasn't ready for the charts in 1970. [The Ramones'] "Beat on the Brat" -- nobody wanted to know when that came out. You could point to almost any seminal band and say that.

As an example, Blush recalls seeing the band Suicide, who are now revered as the "godfathers of No Wave," influencing virtually every form of electronic music. But initially Suicide, like many other bands of that era, was harshly rejected.

"I saw them open for the Cars ... and people were just throwing bottles. I mean, they were losing it," Blush said. "It was, like, 'What is this?'"

"They used to say New York was not part of America. Back then, that was true. There were no shopping malls there. There were no brand stores there until 20 years ago. When the Gap opened at St. Mark's, there was public protest.

"Now people can't wait for them to open. The forces of gentrification, the corporate forces, the retail forces, the powers that be ... they won the battle. And New York is not what it was.

"And there's no bringing it back."

More, whereas movements such as punk, metal and hardcore were only known to a small group of people, because of social media, a real "underground" -- where art and music can grow without outside scrutiny -- doesn't exist.

"But, there's this other side to it, too. Because of the internet and all of that, there is no underground. There is no possible way you can have decades of stuff growing in obscurity ... . It gets discovered too early. So by creating this one world, close-knit globalization, it makes it less and less enticing to be in New York.

"So the world has changed."

But even if one does find one's people and pursue one's dreams, the very same energy and mystique that drives the excitement of New York City can create a false sense of success, which can hit many people hard.

"People are intoxicated by the small degree of fame and popularity they get in New York because it feeds into a much bigger thing, and it seems a lot bigger. Just because a couple of semi-cool famous people were there, and you did some cool stuff and were with all these great people -- you're kind of in a bubble," Blush explained. "The free drinks, the female attention, the free drugs, the free admittance, gives you a sense of being fabulous ... It's so alluring, and it's so attractive.

"And then there's that thing where you're kind of crushing with the rich and famous -- but you're not."

So what does Blush suggest for the "underdogs" who still seek the spirit of New York City that existed for the 40 years between 1966-2006?

First and foremost, Blush wants people to understand that in the same way that many of the rock icons of "New York Rock" were willing to cause and embrace the artistic and cultural change that is the very essence of rock music, so people should be willing to accept and embrace the changes of New York City and the world. 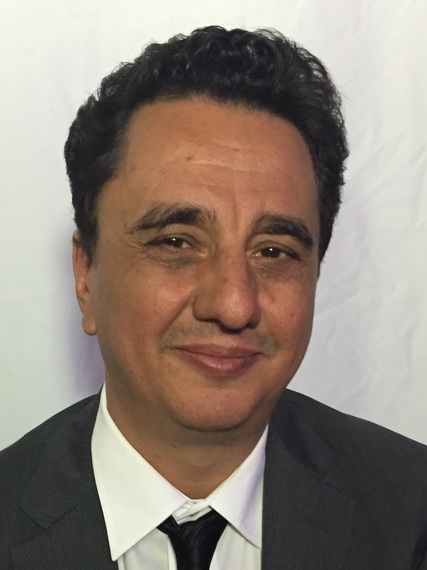 "It took me awhile - with some bitterness, admittedly. But I understand that this is a new world. And I am not at the vanguard of any of this," Blush explained. "You have to accept change."

And part of embracing the various changes in New York City means recognizing that at the end of the day, New York still has the revolutionary spirit. You just need to be willing to take the time to find it.

"Back then to find a show you had to know to look in the back of the Village Voice and know who these people are," Blush said. "But I gotta say, a great night in New York is still greater than anywhere. It's still got it, if you look for it."

And if you're willing to show up and participate, you might find a welcoming home. "It was kind of like hardcore. If you were there, it meant something," he said. "Because who the fuck else was going to be involved in this stuff?"

Next, you need a strong sense of purpose. If you know that New York is the place to be, and that art and music is what you want to do -- or at least be close to -- it can be worth it, even if you do not have the conventional trappings of success.

For Blush personally, it was punk rock, and specifically hardcore music that opened the door for him.

"I was just so moved by what I was seeing in New York when I came here that I started a magazine without ever taking a journalism class. I started writing for Paper magazine the same way. I just jumped in it," Blush recalled. "I know that when I was booking shows and when I was promoting clubs, the question of 'Why are you still doing this? There's nobody here.' It resonates profoundly to me.

But strong sense of purpose is not enough. You have to back it up with a relentless work ethic. Blush was strongly influenced by the hardcore punk ethos, which he felt combined artistic expression with a fierce and hardworking "do-it-yourself" work ethic.

"The prototype of an artist was a lazy ass. Those were the first guys I could relate to," he explained. "Harcore was kind of a combination of punk rock and my dad. I would take gigs so I'd have to get up in the morning and write articles. I worked in a few stores at a certain point."

Blush discusses how Jesse Malin, of bands such as Heart Attack and D-Generation, epitomizes this work ethic. "Somewhere in this book, there's a quote from Jesse Malin [that] your flyer for your gig is your business card," Blush said. "And you're always working it. And you come here driven. And I look at all of these people around me ... and they're going to self-promote until they're in the grave.

"You make your art, and you get known one day. Everything in between is a cluster fuck."

Over time, working hard at what you consider to be your purpose will build your sense of self-concept. And Blush appreciates the passion and commitment of people who otherwise seemed "stuck" in a given era. "This is how you define yourself. This is how you see yourself. And you're OK with it," he said.

"If you're happy, if you can live with yourself - who am I to judge?"

And for his part, Blush hopes that by continuing to chronicle the scenes that in which he has and still actively participates, he will always show people who feel like "underdogs" that there is a path for them.

"Or perhaps, hopefully, this book may inspire it."

Michael Friedman, Ph.D., is a clinical psychologist in Manhattan and a member of EHE International's Medical Advisory Board. Follow Dr. Friedman onTwitter @DrMikeFriedman and EHE @EHEintl.