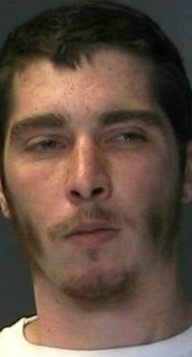 A New York man is facing new charges after allegedly beating a dog so severely it had to be euthanized.

Dix Hills man Steven Errante, 26, was charged with aggravated cruelty to animals and petit larceny back in December, according to News 12 Long Island. He now faces an additional charge of sexual misconduct.

Errante was arrested on December 22, when police said he stole a Rottweiler-Labrador mix, given the name Beauty, from a pen behind a church and beat the animal with a bat.

Prosecutors later accused Errante of having sex with the dog before beating it, and on February 18, he was indicted on a charge of sexual misconduct, according to News Day.

"I basically beat the dog with the bat," Errante told authorities, according to court papers.

Suffolk County Police Sgt. John O'Sullivan called the beating one of "the most horrific cases of animal abuse I have ever seen."

Police said when they arrived at the seen, Beauty was barely breathing.

The pup suffered a broken leg, facial fractures, and a fractured skull. Days after the incident, Beauty had to be euthanized.

At the time of the incident, O'Sullivan said Errante didn't show "any clear remorse or sorrow" for his crime.