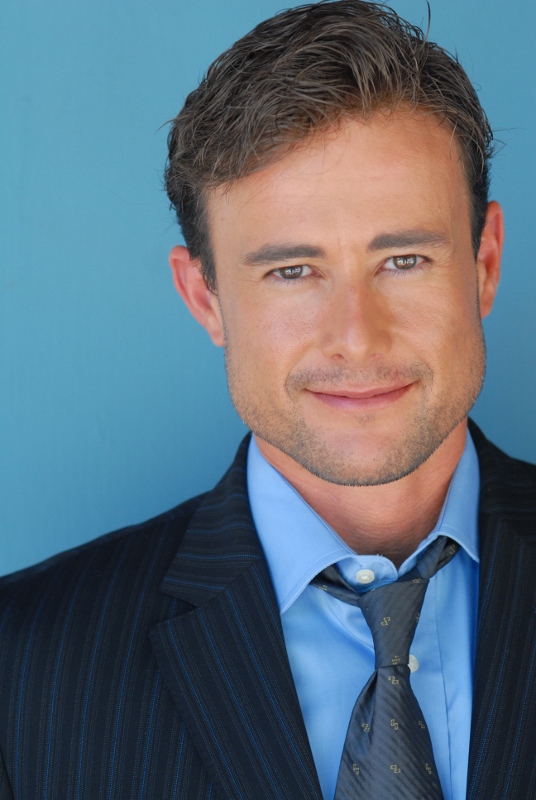 Actor/playwright Steven Fales first came to my attention with his groundbreaking solo play, Confessions of a Mormon Boy, which was a hit off-Broadway and in cities around the world. The play chronicles Fales' heartbreaking journey from being a devoted, sixth-generation Mormon and father of two to coming out as gay and being excommunicated from his church. Along the way, he also details his painful divorce, a long-fought battle with drugs and alcohol, a stint in prostitution, and finally coming out the other side as an out and proud gay dad.

Intrigued by his story, I asked him to perform his play at Church of the Foothills, the progressive church I attend in the middle of conservative Orange County, Calif. Getting to know Steven and his life story, it became clear that no one play could accurately communicate his entire life's journey, so I wasn't surprised to learn of his creation of two new solo plays, Missionary Position and Prodigal Dad, which complement his first.

Missionary Position was based on Fales' journals and follows his Mormon mission to Portugal, while Prodigal Dad explores the link between parent and child, and how tenuous, yet intrinsic, that bond can be. My partner Russ and I had the pleasure of having Fales read us an early draft of Prodigal Dad in our living room, and I can't wait to see it fully realized on stage.

For the first time ever, Fales will be performing these three plays in repertory at Los Angeles' Hudson Guild Theatre, in preparation for an off-Broadway run. He graciously took time to share with me more about these plays, his life, and his continuing journey as a gay father.

When you first wrote Confessions of a Mormon Boy, did you ever envision you'd eventually have a series of plays, all based on your life?

Heck no! I thought Confessions of a Mormon Boy was going to be it. But then life continued to unfold. And as I got more courageous in telling more and more of my truth, I knew I had to write the others. Although Missionary Position has certainly become a big crowd pleaser, Prodigal Dad is where my heart and soul resides. Bottom line: I'm a dad. And I was always meant to be a dad. My work honors all prodigal parents who have come home to who they really are.

What led you to write Confessions of a Mormon Boy in the first place?

Well, at the time, I was being excommunicated in a formal church court for the practice of homosexuality. After all of the reparative therapy I had undergone, and all the sacrifice and service to the church and my family, I found it all so fantastical and barbaric. It was clear that someone needed to write this.

That person ended up being you.

I mean, Mormons excommunicate you with a smile! But I also realized that I was afraid, if I were to suddenly die, my children would not know who their father was. If I didn't tell my own story, no one else would.

But you have relationships, of varying degree, to very prominent Mormons who are also writers, correct? Your mother-in-law, Carol Lynn Pearson, wrote Good-Bye, I Love You, and your ex-wife, Emily Pearson, wrote Dancing with Crazy. Both of them are memoirs about their personal experiences of marrying gay men, their faith, and other themes that connect with yours. Were you concerned about how they would tell your story?

No matter how great our divas are, they will never be able to tell our own stories with the honesty and passion that we can. I also didn't want my story to be white-washed by anyone, including my former mother-in-law and ex-wife, which I have seen happen.

Were you surprised by the positive reaction to Confessions of a Mormon Boy?

Truly, the piece seemed charmed from the beginning. I put in the hard work, and it seemed like all kinds of angels helped guide the piece from off-Broadway to the West End. I was nervous about my family and the church. But I tried to write with as much generosity as I could, which seems to have helped prevent any picketing. But I was still disowned by many in my family. It's not really what I am saying, but that I'm saying anything at all.

Why do you think your first show resonates with audiences?

At its core, Confessions is about reclaiming spirituality. We have all endured spiritual abuse and religious violence, whether you are a Catholic, a Jew, or an atheist. It's in the water. That's why it is not just a Mormon show, or a gay show. In fact, it has proven to be more successful outside of Utah than anywhere else. It's making a difference wherever I go.

Religion has obviously influenced so much of your life. Where are you at with religion and faith now?

I have gone from super-duper Mormonism to super-duper hedonism. My imperfect path in recovery has led me to be open to faith in my life. I was baptized and confirmed Episcopalian at St. Mark's Cathedral in downtown Salt Lake City and attend services there. And when I'm not in Salt Lake, I go to St. Bart's in N.Y.C., or MCC in L.A. It's nice to be able to concentrate on the teachings of Christ, even if he's the greatest metaphor in history for grace, without the Mormon filters. However, I must say this: I may no longer be a Latter-day Saint, but something about me will always be Mormon.

And now you have two more plays, to further tell your story.

Exactly. I was doing Confessions in Ireland, and I had this idea to do a show about my LDS mission to Portugal, which is how Missionary Position was born, and it is kind of the prequel to Confessions. It also exposes the secret Mormon temple ceremonies, which I believe fueled Prop 8.

How did Prodigal Dad come about?

Well, when my ex-wife filed allegations of child abuse against me, which were completely false, and tried to ban me from our kids, I knew I had to write about it. Prodigal Dad is about what it means to be a father and how I prevailed in the courts. It also deals with HIV/AIDS in a way that has never been seen before. I resurrect my father-in-law--

--Who died of AIDS, which your mother-in-law wrote about in her book.

Let's just say he and I have a lot to hash out. It's very dangerous theatre. But it also ends with an inspiring climax that no one will believe.

Both you and I have done a lot of work around the importance of telling our stories, letting others learn from our experiences.

I am loving your book, by the way! The characters are so vivid, and I can tell you wrote this from your guts and liver. It is so poetic.

Just like you, I feel like we have to tell our own stories. It's the only way to create change. And I felt like I needed to find a way to honor those we've lost to AIDS. It just seemed time to tell one of those stories.

Sharing so much about your life has helped inspire me to keep doing my thing.

Thank you. That's very sweet. But given that you've put so much of your life out there, both onstage and in interviews, are there elements you haven't yet shared that are important for people to know?

I believe that with this trilogy, I've shared more than anyone will need to share in a lifetime. My past cannot be used against me. And I am sharing that we can move beyond our past. But I am also learning that there are a few things that I do need to keep private. One is my love life. And now I believe that my kids are off-limits.

Being a gay dad like you, in both Mormon Boy and Prodigal Dad, you have shared quite a bit about your children and your evolving relationship. I'm curious, what is your relationship like with them now? How has it changed over the years?

Let's just say that my kids and I are beyond all of the crises. What we have now is just like any other parent/teenager relationship, with all of its ups and downs. The best thing I ever did was return to Utah to be available for middle school musicals and lacrosse games.

Have they seen Prodigal Dad?

My son has seen Confessions but not the others. I wrote these pieces for them to learn from as adults, and there are things in these plays that will help them. And, to keep things kosher, I do have signed releases to mention both the kids and the Pearsons in the shows.

So much of what you explore onstage seems unfiltered. In each of your plays you share intimate details of your life and, as you've mentioned, those around you.

I strive to be fair and generous in every aspect of my storytelling. But here's the thing: So many people seem to relate to what I'm saying, it's like I'm not telling only my own story anymore. It's an everyman story. It's about transformation.

I would imagine you must hear a lot from others who've seen you perform, who want to share their stories with you as well.

All the time. I just got a Facebook message this morning from a bisexual woman who saw my show in Denver who was disowned by her family. It's a privilege to get to hear so many stories.

Aside from your creative work, you're also an activist. What do you see as the biggest challenges facing the LGBT community?

I believe that the greatest tyranny is within. We have demons within ourselves and as a community that we must start to address for things to really move forward. "The fault, dear Brutus, is not in the Mormons, but in ourselves that we are underlings."

I imagine that as an actor, doing any solo performance would be exhausting, let alone doing three solo shows in repertory. What is your biggest challenge?

Given the demands of performing this show, as well as the time to promote it, how do you maintain a work/life balance? You've got your kids, you're dating...

Well, when you stop sleeping around and doing crystal meth, you have a lot more capacity to attend to a bigger life. When you're sober, you can do a lot.

We are doing The Mormon Boy Trilogy off-Broadway in the fall. So the summer will be spent back home in the Rocky Mountains preparing for the N.Y.C. run and working on a whole slew of new projects. And finishing your book!

Thanks for the plug! But, Steven, I've known you for a few years now, and I have to say, truly, it really feels like you've matured.

Are you saying I'm old?

You're wiser. It takes a lot of guts to tell your story and to show yourself, flaws and all. That is to be commended.

I like what Virginia Woolf said, basically, "You can't tell someone else's story until you can tell your own." All we have to change the world is our own story.

The Mormon Boy Trilogy is being performed in Los Angeles, Calif., Thursday, April 19 to Saturday, May 26, 2012. For tickets or more information, please go to www.plays411.com/mormonboy.