SCROLL DOWN for our slideshow of the book's revelations

In "Overhaul", his upcoming chronicle of his reign as "car czar," Steven Rattner offers an insider's account of the Obama administration's rescue of the auto industry. And he pulls no punches when it comes to describing the foibles of such heavyweights as Rahm Emanuel, Tim Geithner, Larry Summers and Sheila Bair.

Though the 58-year-old financier lasted only six months, with his sudden resignation sparking speculation that a pay-for-play scandal at his old private equity firm was becoming an unhealthy distraction, Rattner has plenty of tales to tell.

And Rattner's account is sure to attract interest within the Beltway, as one of the first books penned by an Obama administration insider.

Rattner depicts White House Chief of Staff Rahm Emanuel as a force to be reckoned with who disparaged unions -- once quipping "Fuck the UAW" -- and who effectively supervised Treasury Secretary Tim Geithner during his first rocky months on the job by dictating his public appearances and staff picks.

He also depicts infighting between economic advisers Larry Summers and Austan Goolsbee and describes FDIC Chair Sheila Bair as a stubborn obstacle to the work of the auto rescue team. And Rattner paints colorful portraits of auto executives such as Fiat Chairman Sergio Marchionne, who once barked to Chrysler executives, "Do you think I am fucking stupid?"

But Rattner hardly mentions the scandal -- paying $1.1 million to a placement agent to win business with powerful state pension funds -- which forced Quadrangle, the firm he cofounded, to disavow him amid a lengthy probe by federal and state investigators. Instead, he claims his innocence by stating that he has "never been accused of so much as jaywalking" in his long career and says that Senator Chuck Schumer (D-N.Y.) vouched for shady placement agent Hank Morris when Rattner asked for his opinion, calling him a "straight shooter".

For more detailed peeks at Rattner's book and its revelations, check out the slideshow. 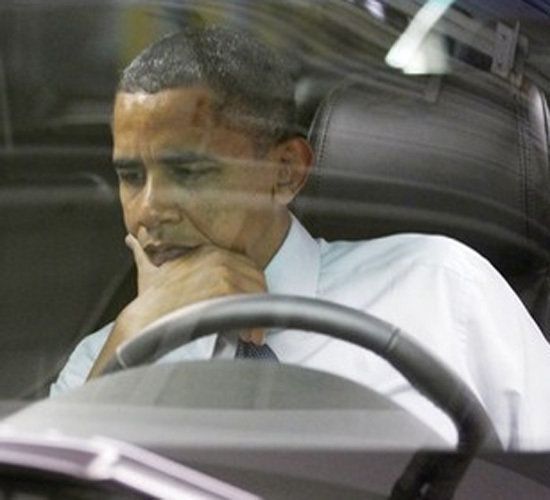 1 / 9
President Obama
Though Rattner praised Obama's thoughtful manner when he calmly executed his decisions, the car czar notes that the president seemed to have it in for the automakers from the beginning. At his first substantive sit-down with his advisers a week after the election, when the U.S. auto industry's problems were broached, Obama quipped: "Why can't they make a Corolla?" Later, when Obama was informed of the plan to give ousted GM Chief Rick Wagoner $7.1 million, his jaw muscles tightened and Rattner writes: "Suddenly I felt that I was indeed in the presence of a community organizer..." But Rattner does emphasize that Obama didn't seem to prefer the giant autoworkers unions, either, stating that "no one in the Obama administration ever asked us to favor labor for political reasons." He does describe the sometimes political nature of the discussions of the automakers' fates, saying that White House adviser David Axelrod brought the latest polling data to a discussion about bailing out Chrysler and Rahm Emanuel identified Congressmen in whose districts large Chrysler facilities were located. Rattner also claimed that Obama supporters and donors barraged the White House with calls, emails and memos to take stronger steps, including nationalizing the big banks, to deal with the financial crisis. He says that Obama's economic team "veered dangerously close to having the government take control of the two most troubled banks, Bank of America and Citigroup." Even Summers seemed fond of the idea -- launching a project known as "USG as Shareholder." Rattner is also critical of Obama's "one president at a time" stance during the transition, stating that "if his team had linked arms with the outgoing administration, as President Bush's advisers had proposed, billions of dollars could well have been saved." He adds that personnel decisions, such as Tim Geithner and Larry Summers's appointments, should have been made faster and at not such a deliberate pace.