The militant Islamic State group released a video on Tuesday in which it beheaded the captured American journalist Steven Sotloff.

The SITE Intelligence Group was the first to alert the world of the horrific video's existence. On Wednesday morning, American intelligence officials confirmed that the video was authentic.

In the video, which lasts for just under three minutes, Sotloff is showing kneeling before an ISIS militant who holds a knife. He makes a statement denouncing American foreign policy, as does the militant. After seemingly killing Sotloff, the militant then threatens the life of David Haines, a British citizen. The Washington Post said Haines is an aid worker who was kidnapped in March 2013.

The video is chillingly similar in tone and content to the one which showed the beheading of James Foley, another American journalist, in Syria two weeks ago. In that video, militants threatened to murder Sotloff next if the US bombing of ISIS targets in Iraq continued. The man shown apparently beheading Sotloff warns that the killings will continue, saying, "Just as your missiles continue to strike our people, our knife will continue to strike the necks of your people." 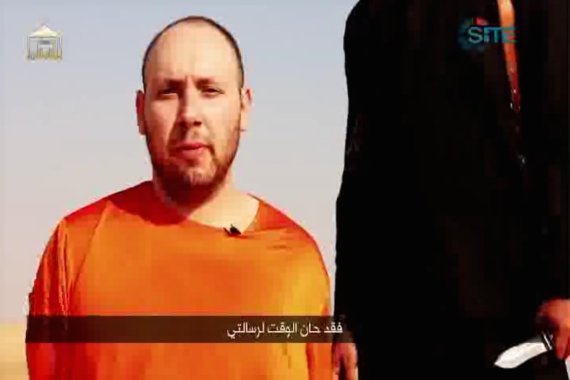 It had initially been thought that Sotloff was killed at the same time as Foley, but his appearance in the video, as well as references made to events which occurred after Foley's murder, made it difficult to pin down precisely when the recording was made.

ISIS is believed to be holding several more journalists in captivity, most of them local Syrian reporters.

Sotloff, 31, was kidnapped in 2013 while reporting on the bloody civil war in Syria. He had been a freelancer for outlets such as Time magazine and Foreign Policy.

Time editor Nancy Gibbs praised Sotloff's work in a statement on Tuesday. “Steven was a valued contributor to Time and other news organizations, and he gave his life so readers would have access to information from some of the most dangerous places in the world," she said.

In a recent profile, friends of Sotloff's told the New York Times that he was a "selfless," "loyal" and "caring" person.

Last week, his mother, Shirley, recorded a video intended for ISIS. She pleaded with the group to be "merciful" towards her son.

On Tuesday, a spokesman for the Sotloff family said, “The family knows of this horrific tragedy and is grieving privately. There will be no public comment from the family during this difficult time.” 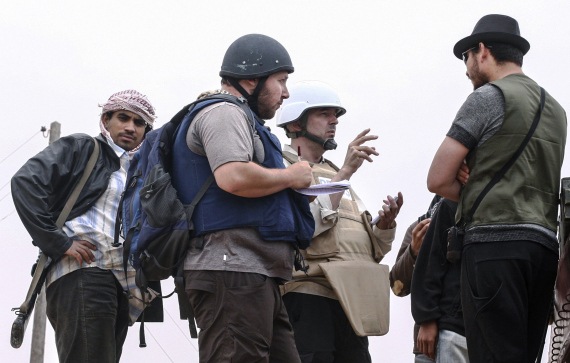 White House press secretary Josh Earnest was in the middle of his daily briefing with journalists when the news of Sotloff's killing broke. He said that the Obama administration would work to confirm the authenticity of the video, adding, "Our thoughts and prayers are with Mr. Sotloff and Mr. Sotloff's family."

Later, the National Security Council issued a statement saying that the intelligence community was moving "as quickly as possible" to determine the video's authenticity.

"If genuine, we are appalled by the brutal murder of an innocent American journalist and we express our deepest condolences to his family and friends," the statement continued.

The video was condemned internationally as well, with British prime minister David Cameron calling the beheading of Sotloff "an absolutely disgusting, despicable act."

And journalists around the world mourned Sotloff's death. 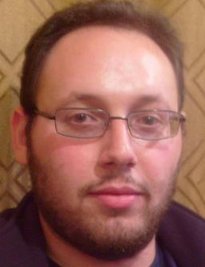 CORRECTION: An earlier version of this story indicated that British prime minister David Cameron commented on the beheading of Foley, when his remarks were regarding Sotloff.