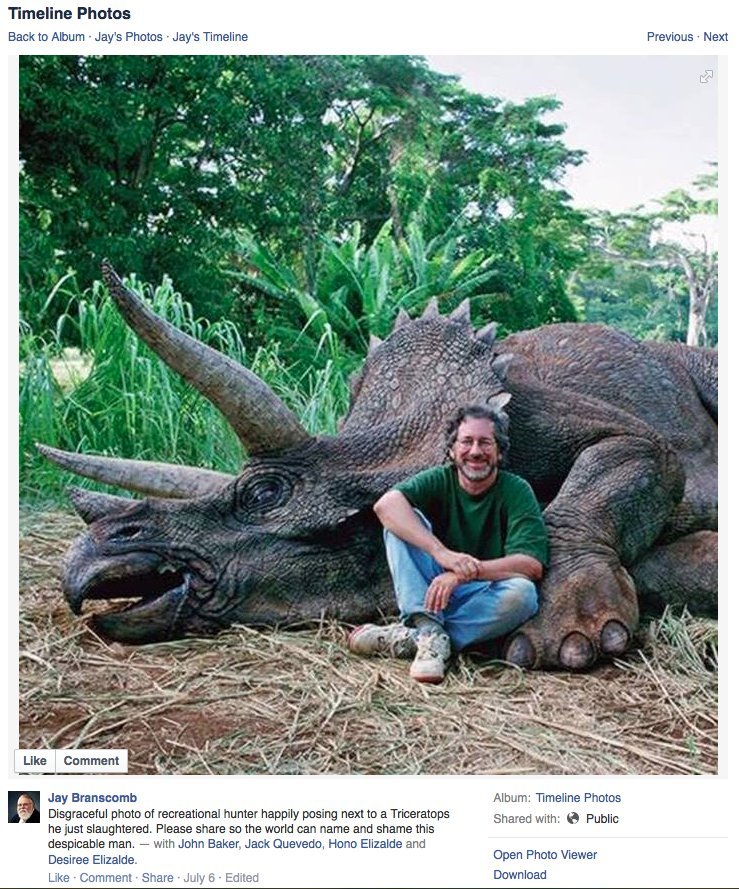 If Even One Person Believes Steven Spielberg Killed A Dino, It's Too Many
Dinosaur Sex