Representatives for Steven Tyler have demanded that Donald Trump no longer use Aerosmith's song “Dream On” at campaign events.

Lawyers sent Trump a cease and desist letter on Saturday, according to The Hollywood Reporter. The outlet notes that this is the second letter they’ve sent Trump about the song, after sending an earlier request in August.

The letter says the song “gives the false impression that [Tyler] is connected with or endorses Mr. Trump’s presidential bid.”

Dina LaPolt, Tyler’s lawyer, said in a statement sent to The Hollywood Reporter that the conflict is about copyright, not politics or personal issues. “Simply, one must get permission from the music creators,” LaPolt said. “Steven wrote 100 percent of 'Dream On,' and this is about the un-authorized use of his property.”

Both Tyler and Aerosmith drummer Joey Kramer were guests of Trump's at the Republican debate in Cleveland in August, according to TMZ, and Trump is an avowed fan of the group.

At Monday's “No Labels” conference in New Hampshire, Trump stated that the issue about the song is “all worked out," The Washington Post's Jenna Johnson said in a tweet.

Minutes later, Trump walked out onstage while the song played in the background.

LaPolt indicated to The Huffington Post that Trump was wrong in saying it was "all worked out."

“It has not been resolved if the Donald Trump campaign continues to play 'Dream On,'" she wrote in an email. LaPolt explained that the issue revolves around the "outdated" laws surrounding public performance licenses.

"The Trump organization obtained public performance licenses from both ASCAP [American Society of Composers, Authors and Publishers] and BMI [Broadcast Music, Inc.] which cannot decline a public performance license even when a songwriter may not approve of the use," she said. "Currently, the DOJ is reviewing these outdated consent decrees.  We need justice for songwriters now."

Previously this year, both R.E.M. and Neil Young lashed out at Trump for using their music. After Trump played R.E.M.’s ”It's the End of the World As We Know It (And I Feel Fine)” at a Tea Party rally, frontman Michael Stipe said, "Do not use our music or my voice for your moronic charade of a campaign.” After Trump used Young’s song “Rockin’ In The Free World” at his campaign kickoff in June, Young’s manager said the use was unauthorized and noted that Young was a supporter of Bernie Sanders. 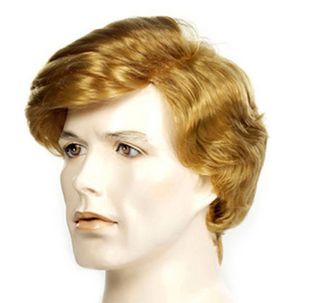