As you probably know from the very particular way you take your coffee, not all sweeteners are created equal. The market is booming with sugar substitutes: From saccharin-sweetened Sweet'N Low to aspartame-sweetened Equal, there are plenty of ways to make your cup of joe a bit less bitter. For fewer calories, many choose these sugar alternatives and put up with an artificial flavor or a funky aftertaste.

It's no wonder Americans have grown accustomed to these various sweetening options: More than 78 million U.S. adults are obese, and sugar-dense foods and beverages may be a major contributing factor. We're in search of a sweet but healthy solution.

Stevia, an FDA-approved sweetener, attempts to be the answer. It's becoming increasingly popular, blending in between the pink, blue and yellow packets at coffee shops, even making its way into brand name soda products. Coca-Cola Life, which launched in the U.S. in 2014, is a lower-calorie pop marketed to those who are turned off by the taste of typical diet soda. It relies on both stevia extract and cane sugar to get its sweetness. Naturally, Pepsi rolled out its own version -- Pepsi True -- also sweetened with a sugar-stevia blend. If you've used stevia, you might know that the sweetener is calorie-free. But there's more to the sugar impostor; find seven things you might not know about it below.

Stevia is actually a plant. 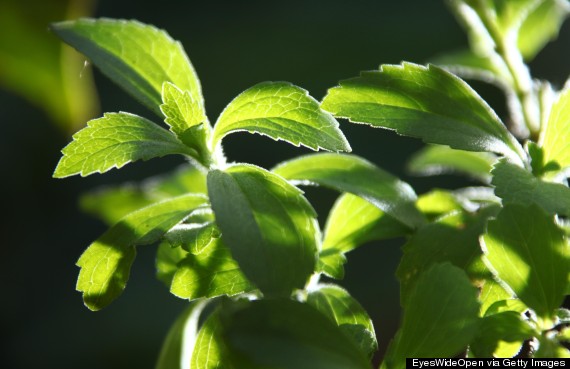 The sugar substitute is extracted from the stevia plant. A species called Stevia rebaudiana is naturally grown in Brazil and Paraguay, where it has been used for hundreds of years to sweeten foods and treat burns and stomach discomfort, LiveScience reports. The plant gets its sweetness from naturally occurring glycosides, which are extracted from the stevia leaves through a process that starts by placing the plant in hot water.

Packaged stevia isn't necessarily "all natural."
Yes, stevia is a plant from the earth, but in order for the sugar substitute to survive on the grocery store shelf or in your pantry, many companies include additional ingredients. A packet of Truvia, a popular stevia brand, contains erythritol, a sugar alcohol, and "natural flavors", along with the stevia leaf extract. Pyure, another stevia product, contains dextrose, a starch-derived glucose which is often extracted from corn, wheat or rice.

Stevia is a lot sweeter than sugar.
Even though its calorie-free, the plant extract can taste 200 times sweeter than the same amount of granulated table sugar. A little goes a long way.

Stevia can replace sugar in baking... 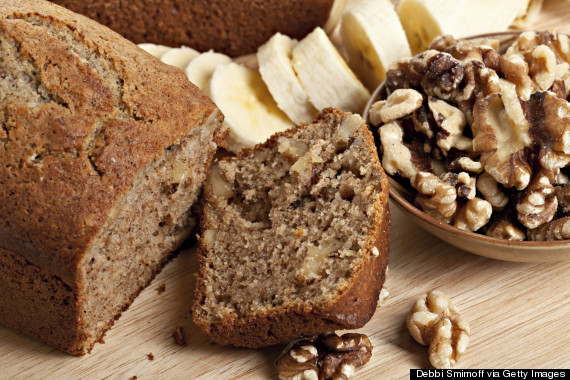 You can lighten up cookies, cakes and even cocktails with stevia. But, since stevia is so much sweeter than sugar, recipes will require less of it, along with a bulking agent to make up for lost ingredient volume. The amount of stevia you use will depend on both the recipe and the brand. One and one-fourth teaspoons of Truvia can replace one tablespoon of sugar, while Stevia In The Raw makes a granulated product that does have an equal conversion rate.

...but it doesn't caramelize.
Stevia won't brown the way sugar does, so in this case, with stevia, you cannot have your creme brûlée and eat it too.

Stevia can be purchased in liquid and powdered concentrates.

The sweetener comes in drops, like the vanilla extract you use in baking, a fine powder that is less grainy than table sugar and a granulated sugar-comparable form, too. Each varies in concentration of sweetness, so it's important to read labels before using it in recipes.

Stevia is calorie-free, but that doesn't necessarily mean you'll lose weight if you sub it for sugar.
Stevia might sound like the miracle solution for anyone looking to drop a few pounds, but there's no conclusive evidence that sugar substitutes help hamper a person's sweet tooth or keep them from overeating. In fact, diet soda drinkers are often overweight. A recent study from the Weizmann Institute of Science showed that artificial sweeteners may have detrimental effects on our body that lead to an increased risk for obesity and diabetes (the very ailments that many diet soda drinkers are hoping to avoid). There's not yet enough research to point to stevia's health benefits or negative side effects.