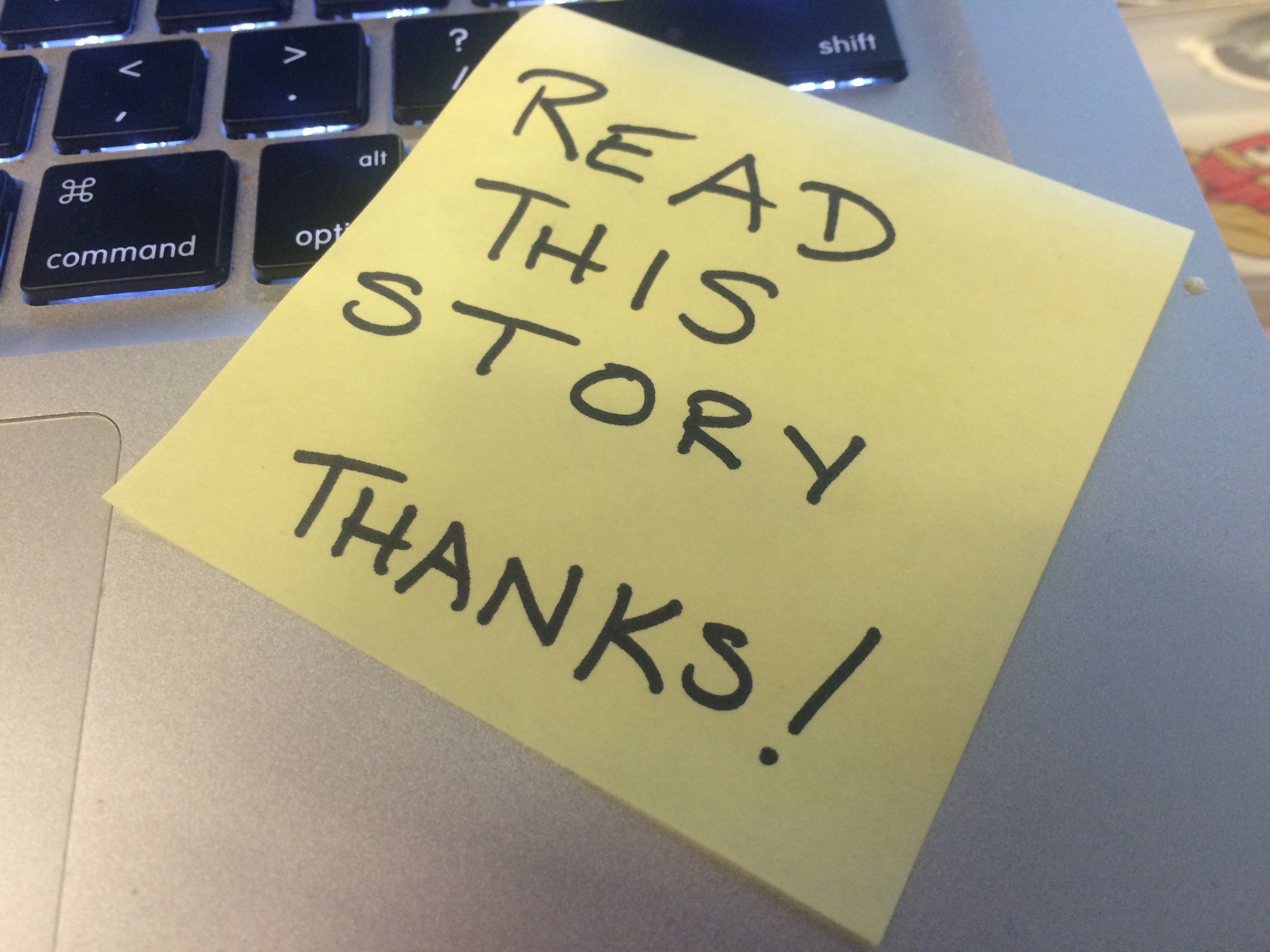 Paper-based communications might be nearing obsolescence, but there’s a reason 3M still sells an estimated $1 billion worth of Post-It notes every year.

If you ask someone to do something by writing it on a Post-It note, they’re more likely to comply, according to an oddly resonant research paper from a decade ago written up this week on Harvard Business Review’s website.

Those little squares with the sticky strip on top are “surprisingly persuasive,” writes psychologist Kevin Hogan in HBR. (It should be noted that there are other sticky-note makers out there aside from 3M, which came up with the nifty technology 35 years ago.)

The paper's findings still hold up today, said Randy Garner, a professor of behavioral science at Sam Houston State University and the author of the original study, published in 2005 in the Journal of Consumer Psychology.

“Perhaps one explanation," Garner wrote in an email to The Huffington Post, "is that in our seemingly overly technologically bound and electronically enhanced world we live in today, people may find unique interest in the possible influence of the low-tech impact of a small 3 x 3 piece of semi-sticky paper. :- )"

An informal Twitter survey conducted by this reporter seemed to confirm his findings. This is kind of surprising, considering that over the past 10 years, we've all been gradually sucked into the digital borg. In 2005 there was no Twitter or Snapchat or Slack or whatever-the-hell-else you use to communicate with your friends and colleagues instead of talking out loud to them.

@EmilyRPeck No smartphone alert will ever replace a Post-it on the bathroom mirror. Totally necessary!

For his study, Garner conducted a series of five experiments in which he tried to persuade people to fill out a survey.

The results were clearly in favor of the Post-It. Seventy-six percent of the sticky note group sent back their survey, compared with 48 percent of the handwritten group and 36 percent of the control group. Other experiments replicated the result: Over and over again, people were more likely to do the work when you asked them on a Post-It note. If the work was particularly complicated, the study found, it helped a bit to personalize your Post-It even more -- by adding your name, for example.

“Clearly, the Post-It note itself was essential,” Garner wrote in the paper.

This week, on a "Today" show segment about Garner's research, Matt Lauer said that when charities send him solicitations with personalized Post-Its, they get his attention.

Beyond their power of persuasion, Post-Its apparently have stuck around because people still really like them.

@EmilyRPeck @HuffPostTech Nearly infinite lifecycle as I see it. Business cards fall into the same category. Technology can't kill either.

They're even used to make art, apparently. This is a Post-It Mario of Mario Bros. fame: 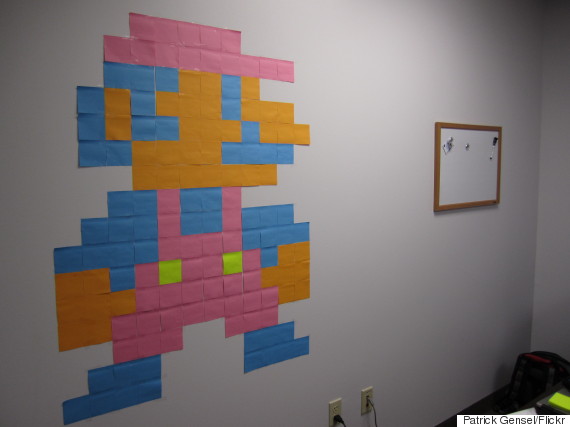 Office jockeys also use them to express their creativity, which I guess is heartening.

RT @EmilyRPeck: Post-It notes: Obsolete or totally necessary? /in @fiiSorg we say: want it, need it, love it. pic.twitter.com/aPFJuR5DYh

In case you were wondering if the color of your Post-It matters when it comes to getting someone to do what you want: Garner said no. Color isn’t as important as contrast. The Post-It note should be a distinct color from the thing to which it is affixed. “A 3M rep once told me that was the original reasoning for their initial selection of yellow,” he told HuffPost.