What is the effect of the new, repressive anti-LGBT laws around the world?

"We have evidence to show that the law is killing people."

These are the words of Ifeanyi Orazulike (pictured), who runs a clinic for MSM and trans women in Abuja, the capital of Nigeria. Orazulike traveled to the International AIDS Conference last week in Melbourne to talk about his work and how the anti-gay laws are affecting access to health care for MSM in Africa. 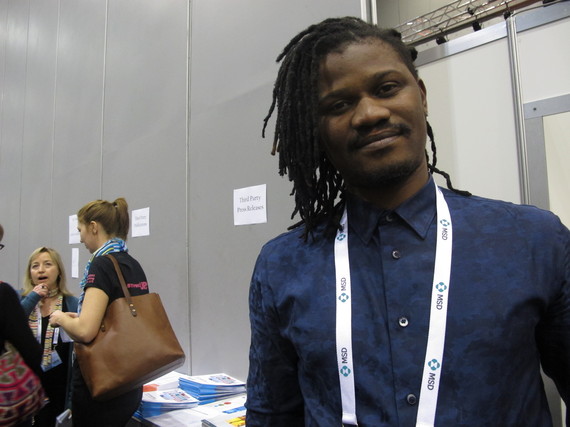 Earlier this year, Nigeria passed a law mandating a 14-year prison sentence for anyone entering a same-sex union, and a 10-year term for a person or group supporting gay clubs, societies, organizations, processions or meetings. Public displays of affection by gay men and lesbians are also illegal.

"We used to have about 60 people a month; post-law it is down to about 10 to 15 people," said Orazulike, speaking at a standing-room-only press conference that looked at stigma and discrimination affecting MSM and trans women.

"The research shows that around 73 percent stopped accessing health care services, for fear of being discriminated against and for fear of being arrested for who they are," he said. "For fear of going to prison, people preferred to stay at home on their sick bed."

At this year's AIDS conference, organizers shifted the focus squarely on attacking HIV in so-called "key populations." The idea that HIV doesn't discriminate has long been a public health mantra. But, increasingly, it does.

Around the world, 35 million people are living with HIV, and UNAIDS is reporting the lowest levels of new HIV infections this century. AIDS-related deaths are at their lowest since the peak in 2005, having declined by 35 percent. And even in hard-hit sub-Saharan Africa, 90 percent of people who know their HIV status are receiving life-saving treatment.

But HIV prevalence is grabbing hold and taking root in four "key" groups. It is:

And these are the groups that are most often ignored, shamed, stigmatized and discriminated against, even by the laws that are supposed to protect them. Globally, 76 countries criminalize same sex activity. In a study of 4,000 MSM globally, 1 in 12 reported being arrested or convicted of same sex behavior, noted San Francisco researcher Glen-Milo Santos. Sub-Saharan Africa had the highest rate at 24 percent. The same research shows that getting tangled with the law results in less access to medical care.

Needless to say, Nigerian officials deny the legislation is affecting MSM health. In Nigeria, HIV prevalence is about 4 percent, but much higher among MSM -- 44 percent in Abuja and 27 percent in Lagos. MSM represent an estimated 3.5 percent of the Nigerian population but account for more than 40 percent of new HIV infections.

"The government keeps saying law does not affect service provision," said Orazulike. "But when you tell people that they are going to go to jail for 14 years for being who they are, how can it not make a difference?"

At one point as Orazulike was speaking, a Nigerian journalist demanded to know where he had collected his data, because "MSM are not that common in Nigeria."

Surprised, Orazulike responded, "It is quite incredible to hear for the first time in my life doing this work for the past 8 years that gay men are not common in Nigeria. I am a gay man; I am Nigerian."

He then pointed to a group of his friends sitting in the front row and added, "they don't live in Australia; they live in Nigeria. We are very visible."