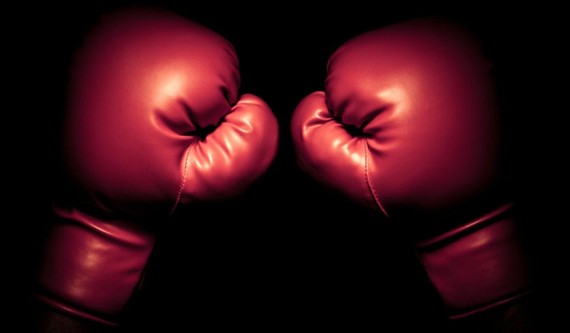 WELCOME TO THE BOXING MATCH OF
Behavioral Health Disorders

In the right corner we have the opponent Stigma weighing a little over disgrace.

In the left corner we have the opponent Shame weighing a little over dishonor.

From Dictionary.com website it states:
Stigma means...A mark of disgrace or infamy; a stain or reproach, as in one's reputation

Shame means...The painful feeling arising from the consciousness of something dishonorable, improper, and ridiculous that is done by oneself or another

Round 1
Stigma gets a Knock Down, According to the Specialist Journalist of the Year Jeremy Laurance former health editor of The Independent. He writes in his article Stigma Of Mental Ill Health Is Worse Than The Illness. Journalist Laurance, enlightens that it is the single biggest cause of disability in the Western world, but many sufferers say the stigma attached to it is worse than the illness itself, according to researchers. While celebrity sufferers who speak out about their depression are hailed as heroes, ordinary citizens are shunned, taunted and abused.

Round 2
Shame Rebounds, Sergeants Benevolent Association President Ed Mullins wrote in a letter obtained by the New York Post addressed to the NYPD Cops said, "As you travel about the city of New York, please utilise your smartphones to photograph the homeless lying in our streets, aggressive panhandlers, people urinating in public or engaging in open-air drug activity, and quality-of-life offences of every type," vagrants making life miserable in the city by taking matters into their own hands -- by snapping photos of quality-of-life scofflaws and posting them online.

Round 4
Courage to change the things I can

Round 5
Wisdom to know the difference

Round 7
We All Have a Story

Round 8
Stigma has made history, It is time to meet the Science and Tech Geniuses WHO GOT HIGH AND SOLVED AMAZING PROBLEMS:

Round 9
Shame is better at keeping its secrets, YET, THEY ARE NOT CONSIDERED ONE of the LESS FORTUNATE.

Round 10
The fight is beginning to look as if it is going to be one of the greatest fights of the century. More and more people are understanding that co-occurring disorders can mask each other and people are starting to understand HOW MENTAL ILLNESS and ADDICTION INFLUENCES EACH OTHER.

Round 11
The CRY...No longer should the less fortunate people not be educated or receive the correct treatment for behavioral health disorders, nor should they NOT have a voice and be heard.

Round 12
The fight is going into overtime for the main reason- people are beginning to ask the question who really cares?

Round 13
The fight has become an issue for those like Amy Winehouse, Robin Williams, Whitney Houston, Cory Monteith, Philip Seymour Hoffman and others, because Shame and Stigma are hurting each other at any means to win. Stigma is affecting people who struggle with addiction, mental health and suicide ideation. While Shame may have people crying from the grave wishing they had someone who would have empowered them with LOVE and SHARED with them, they are not weak by encouraging them that they are human and comforting them that it does not matter how many times a person may relapse from addiction or struggle with mental health or ANY type of issue...RECOVERY is an every second, every minute, every hour and every day PROCESS.

The fight cards for Stigma and Shame have been tallied. So how does one win a fight over Stigma and Shame living in a world where no one seems to care? In 1978 a singer by the name of Evelyn 'Champagne' King in her song entitled: Shame said it best;
"Only Love Can Beat The Pain"

There is no winner in the fight against Stigma verses Shame until society becomes better educated and continues to advocate for change to rewrite the wrong done by those who did not want those with behavioral heath disorders to know there was HOPE. It is time to rewrite the harm caused by both Stigma and Shame. However, the true winner is the one who MUST overcome life's barriers by accepting who you are and not being afraid to reach out for help.

To those critics and those in the struggle who may not agree with the final fight discussion,

HOLD ON there is HELP and there is HOPE... JUST DON'T GIVE UP!

US Presidential Election 2020
Breaking news, analysis and the latest polls on the presidential race from HuffPost’s politics team
See More
Voting Made Easy
Register to vote and apply for an absentee ballot today
Register now
More:
black voicesVeteranshealthy livingmental health disordersU.S. Department of Health and Human Services
Newsletter Sign Up
The essential guide to taking care of your mind and body
Subscribe to HuffPost’s wellness email
Successfully Subscribed!
Wellness delivered to your inbox